Having a drink has to be fun. And what’s more fun than having cool summer cocktails and drinking them with good company?

In this article, we won’t tell you how to make great cocktails, but we will give you some ideas of some of the best cocktails on our checklist. 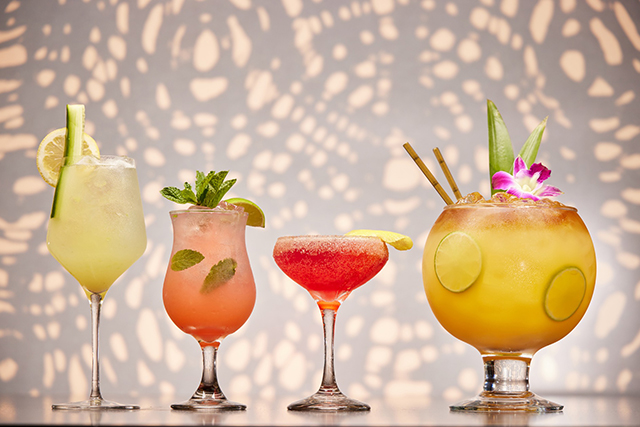 The Long Island Iced Tea is back again. This highly boozy classic has been making a comeback on menus across the land and to many who fancy a strong drink, it was always in style.  Bartenders and cocktail connoisseurs have been upgrading the Long Island Iced Tea by using more premium ingredients but the original is The combination of gin, vodka, blanco tequila, white rum, lemon juice and simple syrup topped with cola.

The Margarita is the most well-known Tequila-based cocktail and one of the most popular cocktails in the world. Featuring a blend of Cointreau, lime juice and Tequila. As one of the oldest and best classic cocktails made with Tequila, it has been popularized by notable celebrities like Frank Sinatra — who had an affinity for tequila — and it has no doubt become a staple in cocktail repertoire for those who love to host parties.

Whether you buy Bitcoin to purchase Spritz or not, it’s one of the great cocktails out there. Aperol’s drink, the Aperol Spritz, is a staple of every bar these days. People love it because it is low abv which is perfect for bubbly daytime sipping to look classy AF without the price tag of champagne or other sparkling wines. Discovered in the 1900s, it is certainly bringing something more exquisite and fresh, especially for the summer season!

4. Sangria
Viva la Sangria is a popular refrain from Brigitte Bardot but she’s not the only one who fancy this drink. This Spanish beverage is the perfect drink to sip on this summer. Sangria combines red wine, chopped fruits, and fruit juices of your choice like peaches, blueberries or strawberries. You must try sangria right now — it’s the perfect thing to drink on a hot summer day!

There’s no way you haven’t heard of the Mojito! This cocktail is a traditional Cuban drink that blends together white rum, sugar, lime juice, soda water and fresh mint. The name “Mojito” comes from the Spanish word “mojado”, which means “wet”. For this reason, Mojitos are often served with fresh mint leaves laid in the bottom of the glass or in a mojito muddle. Although its birthplace is currently considered to be Havana, there has been much dispute about its exact origin.

The Bloody Mary was invented in America’s most famous city, New York. It is made from a combination of vodka, tomato juice, lemon juice, worcestershire sauce, tabasco and celery salt. Thanks to its unique combination of spices, celery salt and vodka, the Bloody Mary has become a worldwide sensation. It’s also popular among celebrities — at parties, they’re often seen clutching their own personal Bloodies as they mingle with friends. Yeah, and it is the perfect cure for hangovers, but let’s say we haven’t stated that!

Piña Coladas are made of two tropical ingredients that go perfectly together – pineapple, coconut and Rum! The national drink of Puerto Rico (where it was invented) the drink’s most notable characteristics is its delicious flavor and beautiful light yellow color garnished with a fresh pineapple and often a cherry. The Piña Colada has been a summertime favorite for a long time now and we are seeing it rise in popularity year-round.

The Daiquiri is the perfect choice for a quick and satisfying cocktail. It’s made with three simple ingredients: rum, lime, and sugar — but that simplicity makes all the difference in this light, crisp, refreshing drink. It has been a longtime favorite of bartenders and its rise in popularity with guests is making it the the perfect sipping buddy for hot summer nights. Its Cuban legacy has traveled around the world making it a global favorite.

The Gin and Tonic is an immensely popular cocktail, especially in the summer months. Invented by British officers who used tonic to battle malaria, the bitter drink is credited with quenching one’s thirst while also taming a scorching summer heat. It can be enjoyed on its own, with a slice of citrus, fresh herbs or a mixture of really whatever you want to compliment the gin botanicals. It is a very simple cocktail that doesn’t require any special glasses and techniques, so it can easily be made at home. The specific taste makes it ideal for summer, or if you simply want to cut out some of the sugar from cocktails.

A White Russian cocktail is a creamy white drink served by mixing vodka, milk or cream and coffee liqueur. It was popularized in 1998 by the cult classic working stoner movie The Big Lebowski. We have to admit the name might lead you to believe it’s a Russian cocktail. Not at all. It’s an American one, and the name follows the association between Russians and vodka.