12 Egg Nog Cocktails To Put on Your Holiday Drinking List

Not only is December 24th Christmas Eve Day, it’s also National Eggnog Day. Traditionally a dairy-based drink made with milk, cream, sugar, whipped egg whites and yolks, eggnog descends from “sack posset,” an English beverage made of eggs, milk and Madeira or ale,  highly alcoholic and considered something of an upper class beverage. Aged eggnog is specifically an alcohol – generally rum – along with cream, egg, and sugar.

Here are a handful of creative variations on eggnog at spots all around the country. Happy holidays, indeed! 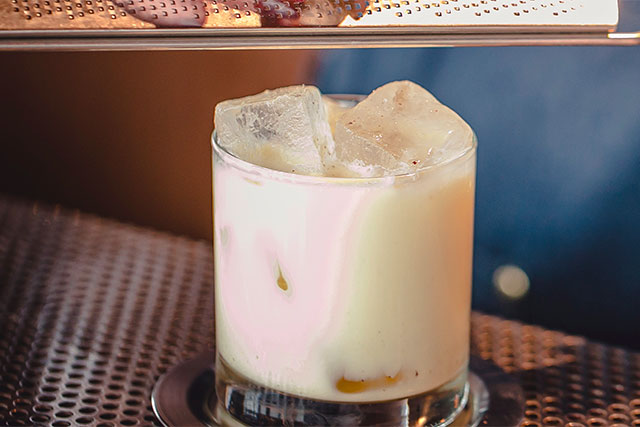 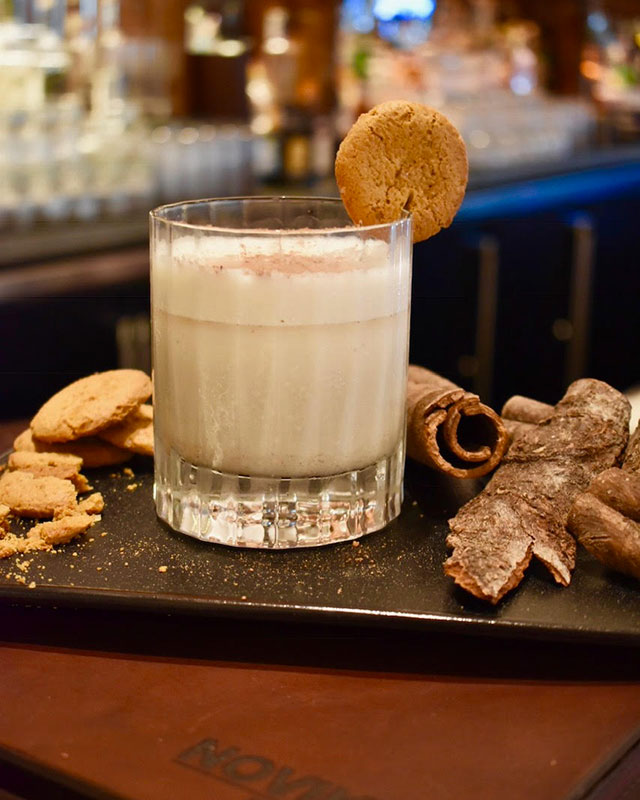 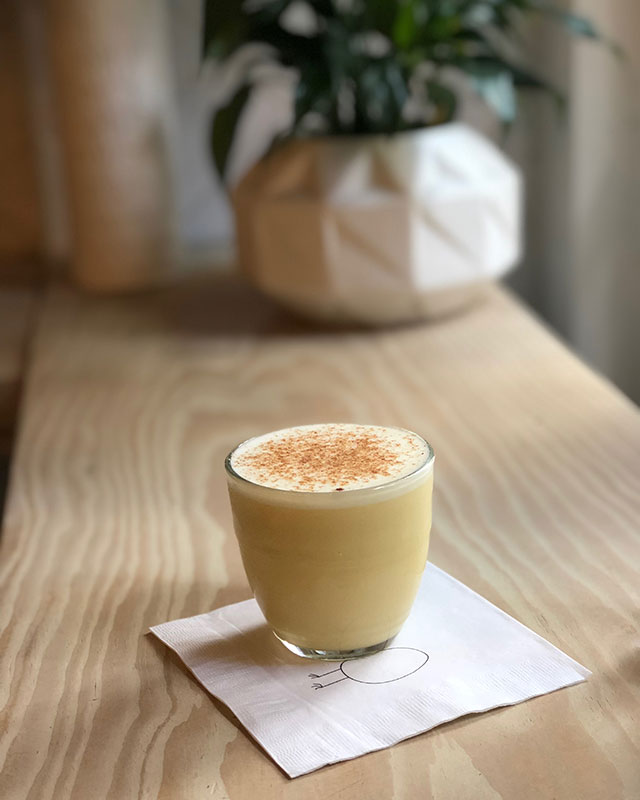 Made with spiced rum, lemon, simple syrup and 1 whole egg, and served in a reindeer-shaped cup, the dairy-free eggnog at NYC’s Egg Shop should be on your holiday hit list. 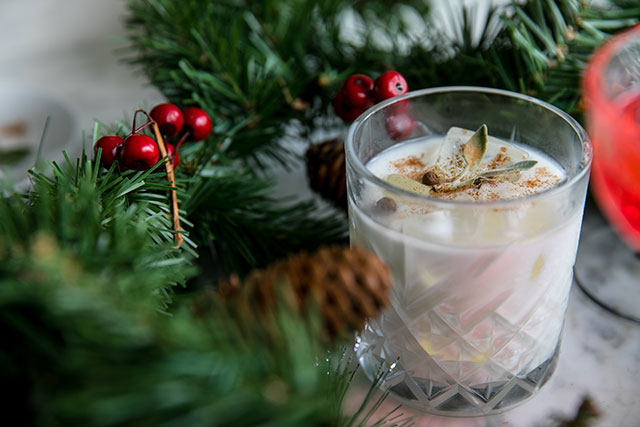 A delicious blend of spiced almond milk, chai syrup, Bulleit rye and bourbon, served in a crystal coupe glass with a sage leaf and clove, the Chai Rye Milk Punch at Miami’s La Centrale is a tasty seasonal treat. 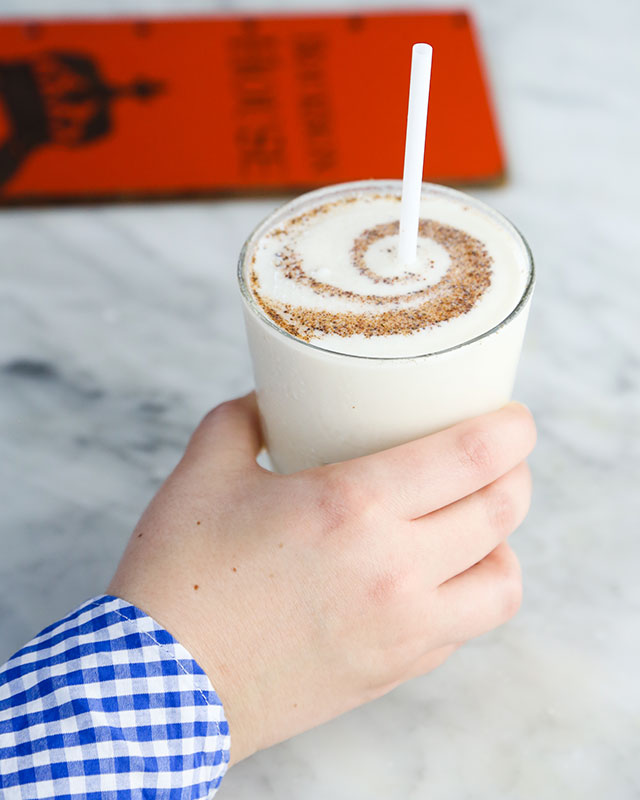 Using vanilla ice cream for an extra creamy dairy base, the version at this New Orleans restaurant blends the ice cream with Old Forester Bourbon, vanilla and simple syrup, topped with grated nutmeg.

Don’t Nog It ’til You Try It at The Bar 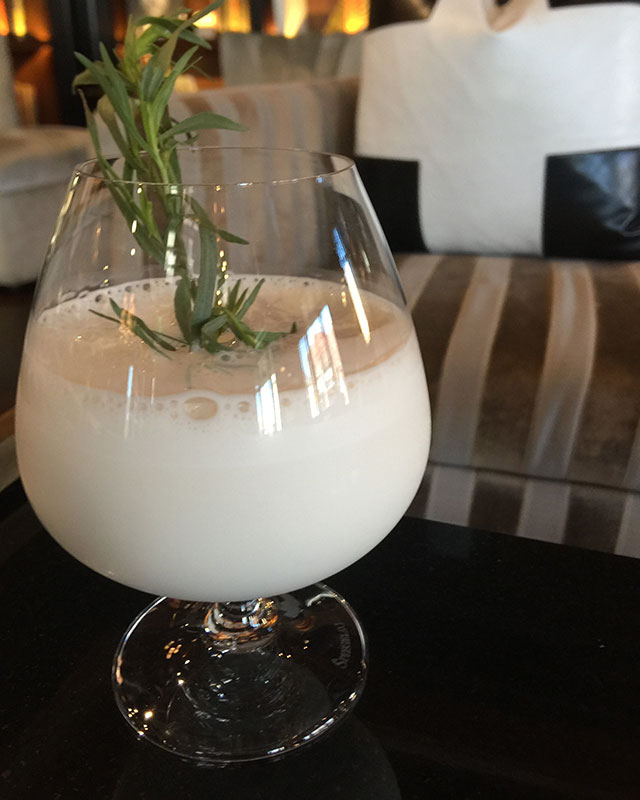 Located at The Spectator Hotel, this 1920s speakeasy-inspired cocktail lounge, in Charleston is serving up an elevated twist on eggnog, a mix of house-made brown butter washed Striped Pig Spiced Rum and white chocolate-tarragon eggnog. 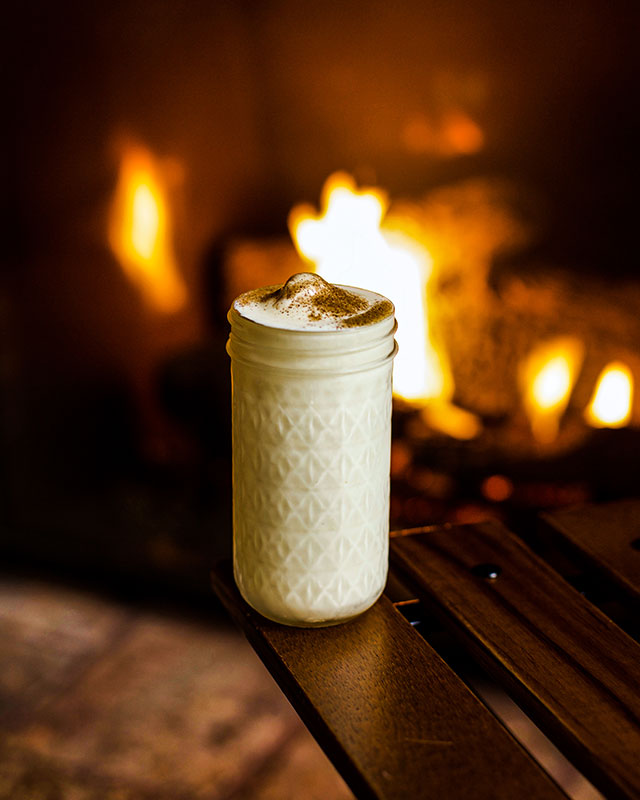 This month, Refinery Rooftop’s “Give a Sip” cocktail is the Frozen Eggnog. Comprised of Oakheart Spiced Rum, local eggnog, cinnamon, and nutmeg this is the perfect winter cocktail. Part of the proceeds will go towards Save The Children to give children a healthy start, an education, and protection from harm. 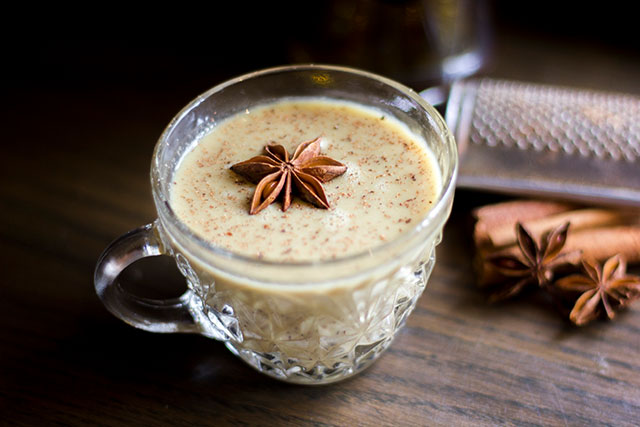 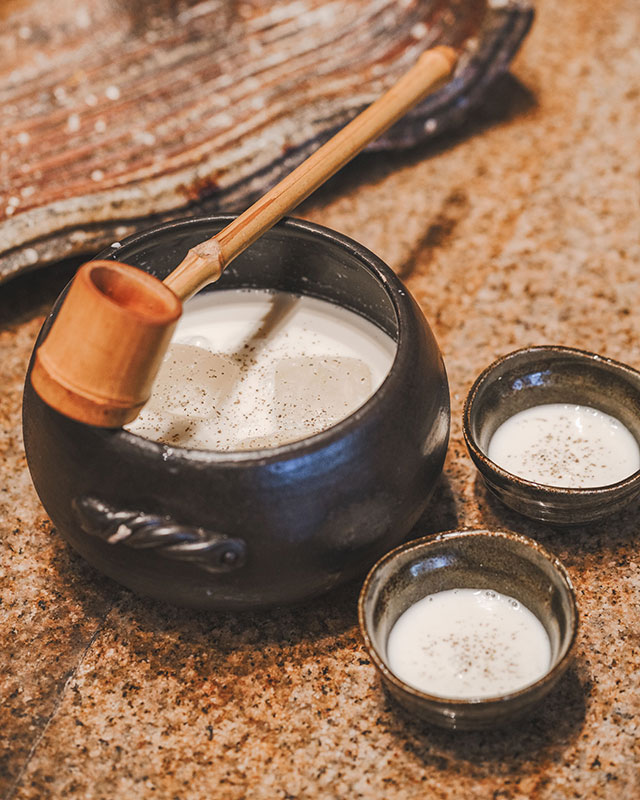 Another Japanese Eggnog to check out, this one at Zuma in Miami and NYC’s locations, is a spin on the traditional Japanese cold remedy, Tamagozake. Made with smooth Nigori Sake, Suntory Toki Whiskey and housemade Crème Anglaise, this chilled festive concoction is topped with a sprinkle of freshly shaved nutmeg. 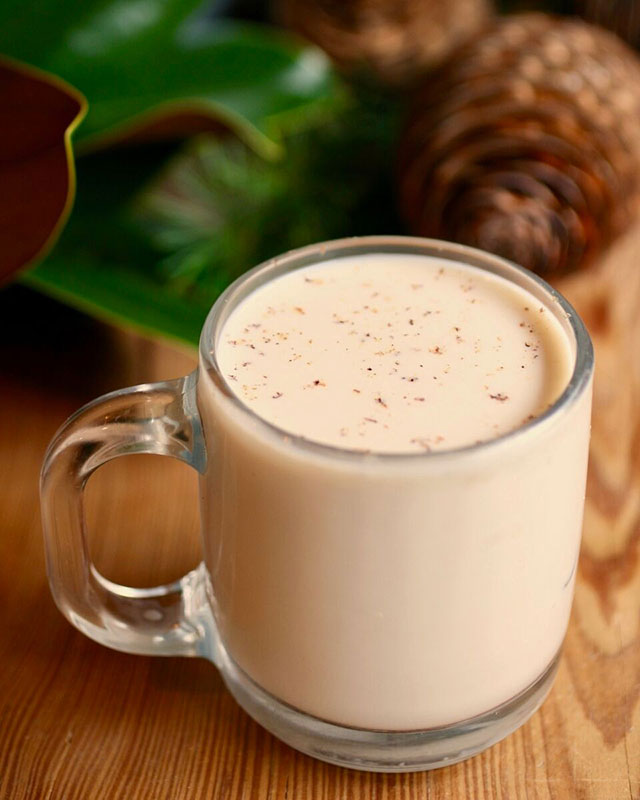 At this Greenpoint, Brooklyn spot, the eggnog is a boozy version made with bourbon, El Dorado 8 Year Rum, Cognac, egg yolks, milk, cream, sugar, cinnamon and nutmeg, served as a 4 oz. pour in a coupe glass garnished with a cinnamon stick, and shaved nutmeg and cinnamon.

Baltimore Eggnog at The Cruise Room 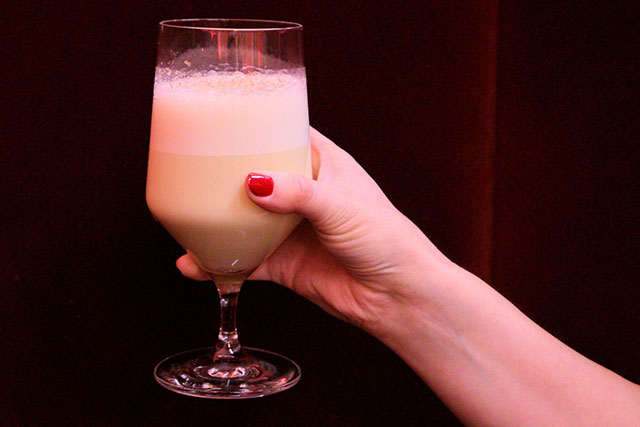 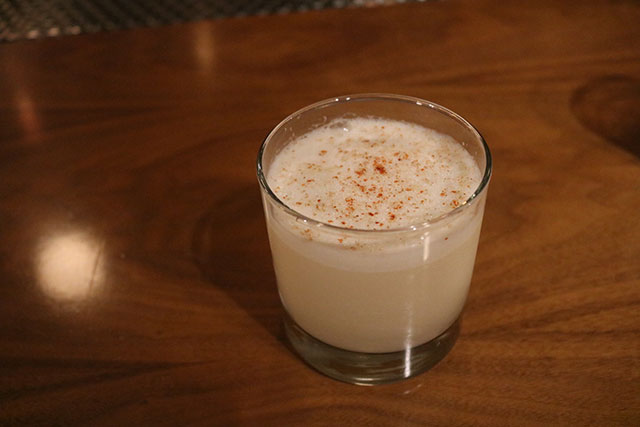 Even though the sun is shining and the temps have barely dipped, the holidays are in full effect in Los Angeles. At Birds & Bees, the Christmas Palm Tree Eggnog is a piquant treat made with rye whiskey, mezcal, vanilla bean, a whole dried chili pepper, egg, sugar, whole milk, cream, nutmeg and cinnamon stick. 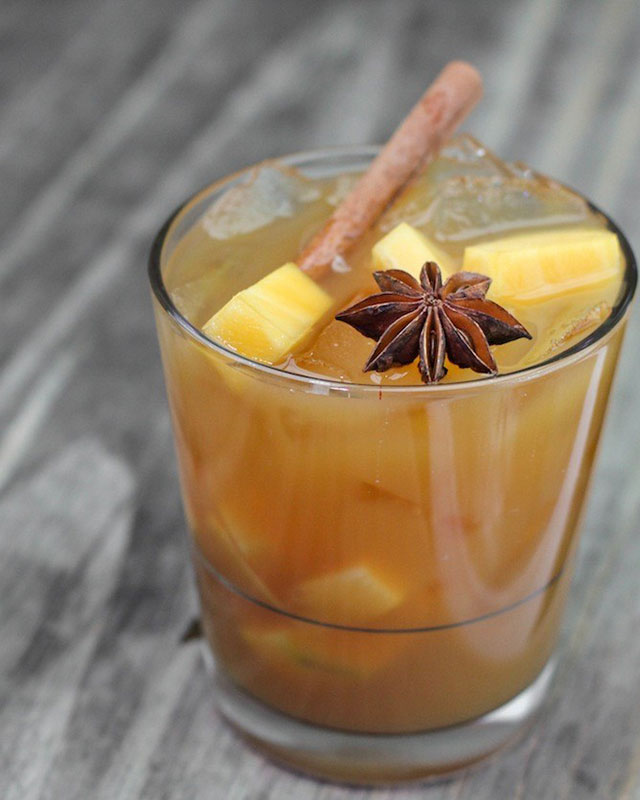 The Mexican Christmas Punch – or Ponche Navideño – at NYC’s Maya isn’t exactly an eggnog but it lands a spot on the list because it’s a traditional holiday cocktail that shouldn’t be missed. Made with blanco tequila, apple, mango, cranberries, pineapple, brown and white sugar and water, it’s garnished with cinnamon stick and star anise and served to friends and family during the holidays.

Casa Dragones is The Sipping Tequila You Need to Try NowFeatures 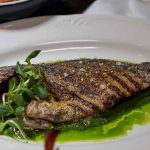 Celebrate The Feast Of The Seven Fishes On Christmas EveFeatures