13 Spooky Cocktails To Drink This Halloween In L.A.

Halloween is right around the corner which means it’s time to go trick or treating for devilish drinks in the City of Angels. Made with spine-chilling spirits and festive fall flavors, check out these thirteen spooky L.A. drinks to enjoy all month long. 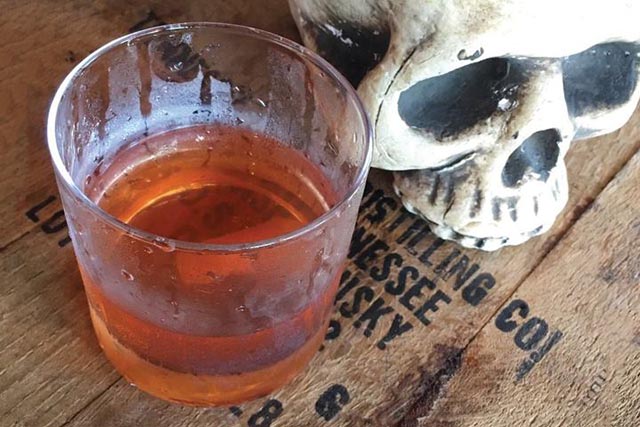 With a name like Boneyard Bistro, you know this Sherman Oak’s spot has a menu to die for. For a cocktail that aims to put you six feet under, sip on the Coffin Varnish made with Old Overholt Rye, St. Germain, Peychauds, rhubarbs and grapefruit bitters. It’s served chilled with a twist and a spook. 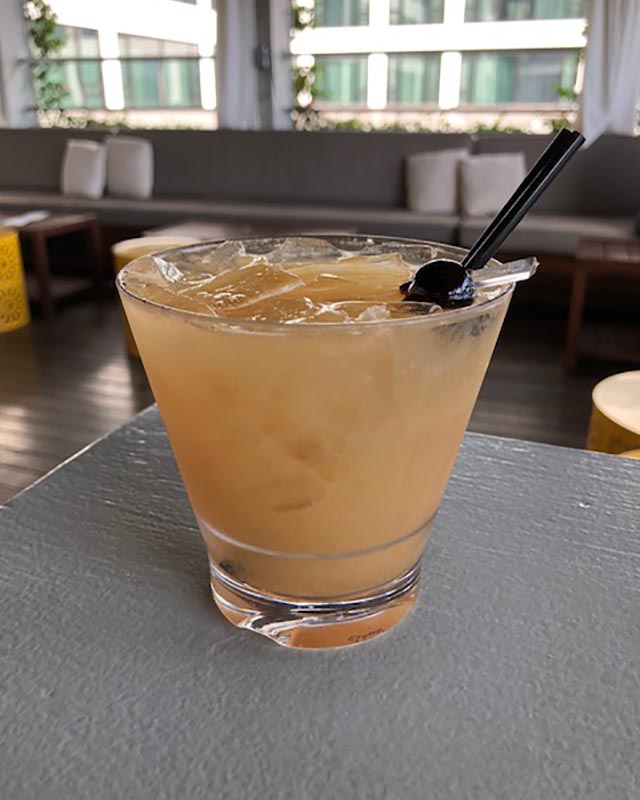 At the Mondrian Hotel, stop by Skybar and guzzle down the Goblin’s Nectar made with Absolut Oak, Liquid Alchemist Orgeat, Disaronno, lime and Q’s ginger beer. Enjoy the festive cocktail while taking in a horror film at poolside at Skybar’s Dive In Theatre every Monday night at 8 p.m. leading up to Halloween.

Plus on Halloween night, Skybar is throwing a totally tubular Back To The 80’s Halloween party, throwing it back to the era where big hair, spandex and no holds barred partying ruled at West Hollywood. Tickets start at $20 on ticketfly.com and includes an open vodka bar from 8 p.m.-9 p.m 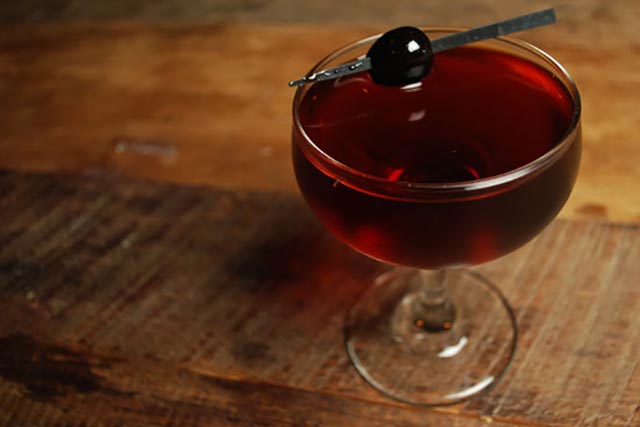 Come Halloween, you’ll find some black magic mixology going on at Wood and Vine. The evil-looking Black Manhattan is the perfect potion made with Larceny Bourbon, Amaro Averno angostura bitters and Luxardo cherries. If only it were served in a cauldron.

The Pumpkin King at The Bellwether 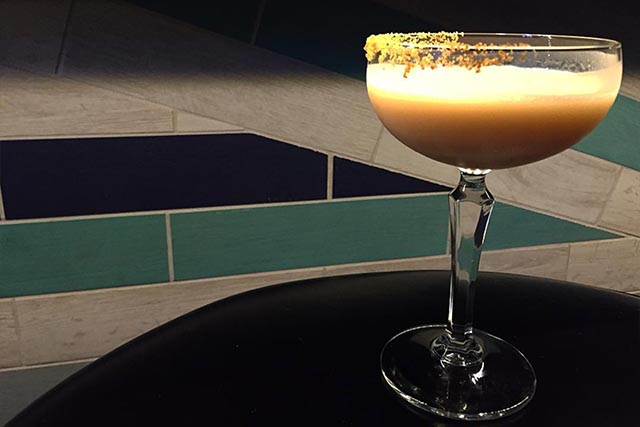 “This Is Halloween, This Is Halloween…” Jack Skellington would be so honored by The Pumpkin King cocktail at Studio City’s The Bellwether. Made with Bulleit Bourbon, house made pumpkin spice syrup, cream, cherry bitters, the devilishly good drink will totally transport you to Halloweentown. Don’t let the pumpkin spice fool you though, this cocktail isn’t for the basic witches.

The Haunted Husk at Laurel Tavern 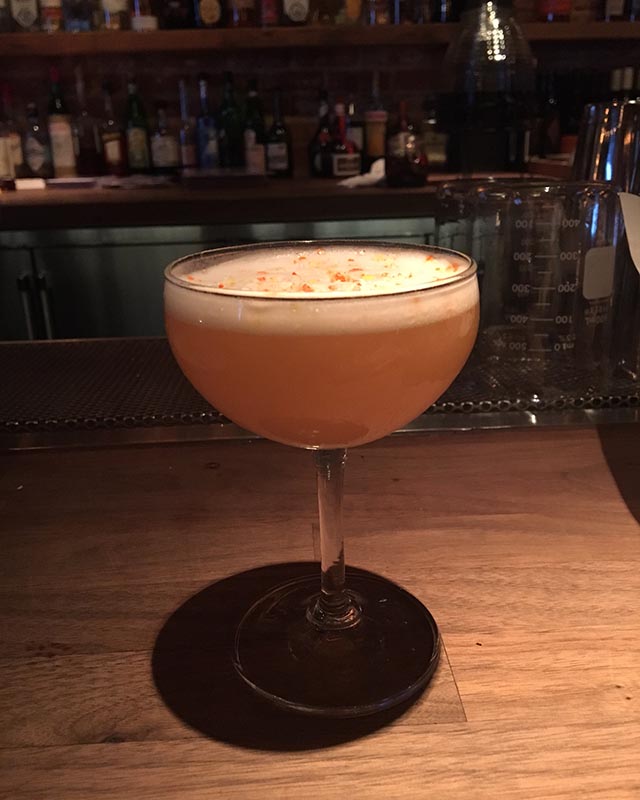 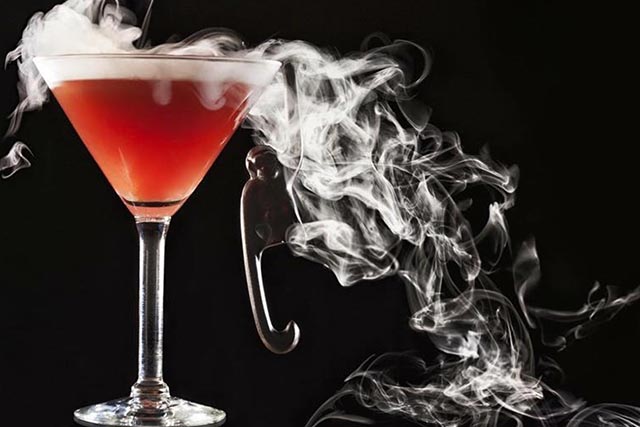 Turns out, Sabrina isn’t just a Teenage Witch. She’s also an over-the-top cocktail. Served with liquid nitrogen at a temperature of -320° F, the spooky Sabrinatini is made with orange vodka and watermelon liqueur and comes with its own Halloween candy, a chocolate monkey. Truly a chilling cocktail! 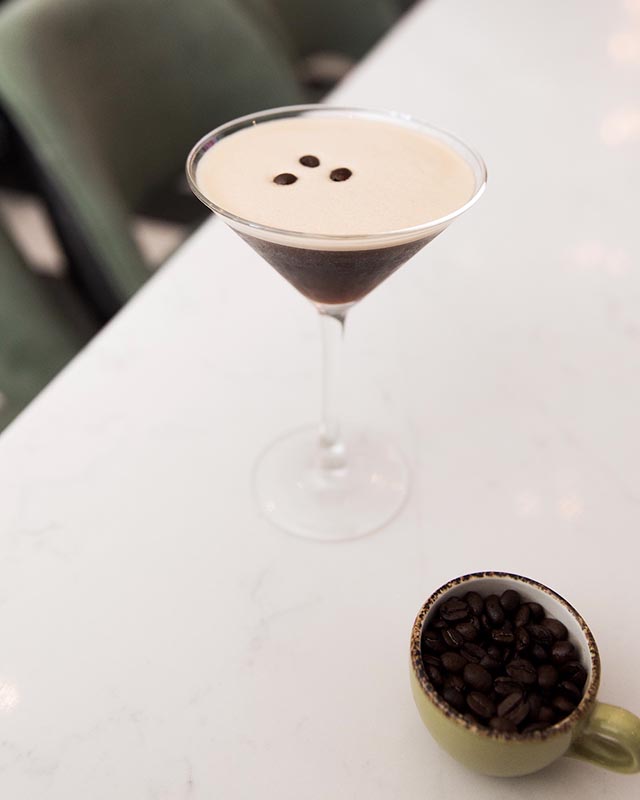 With two locations in Los Angeles, Hollywood and downtown at  L.A. Live, you have double the opportunity to taste Cleo’s scream-worthy libation, Theda’s Reviver. Made with Avion Espresso Tequila, Kahlúa, orange bitters and espresso, complete with a pumpkin spiced sugar rim, this festive fall cocktail is sure to get you in the spooky spirit.

The Zombie at Library Bar 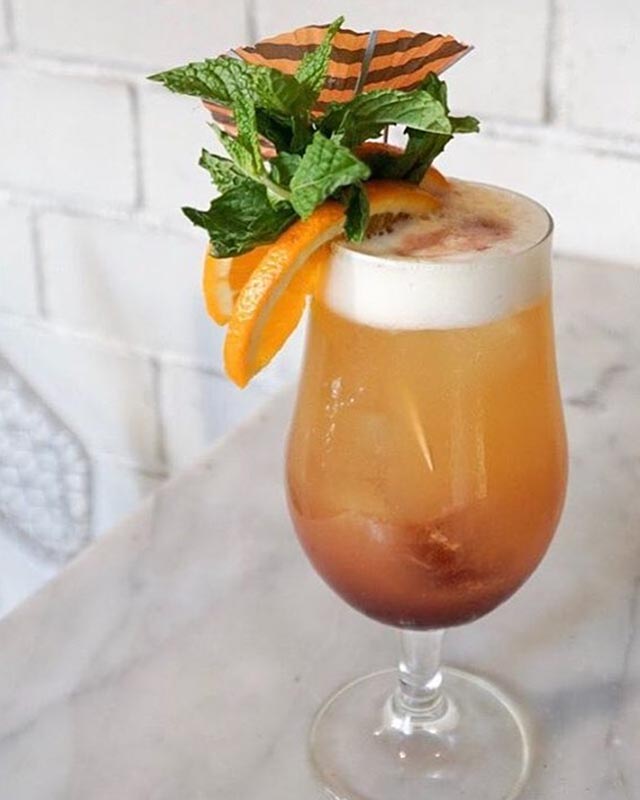 Library Bar is offering up an unearthly cocktail this October. The Zombie is a terrifying tiki drink made with light Rum, dark Rum, Plantation OFTD, Velvet Falernum, Herbsaint, pineapple juice, lime, passion fruit, grenadine and Angostura bitters. Really getting into the spirit, the bar is also hosting zombie film screenings all month long leading up to the premiere of the new season of “The Walking Dead.”

Something Wicked at Clifton’s Republic 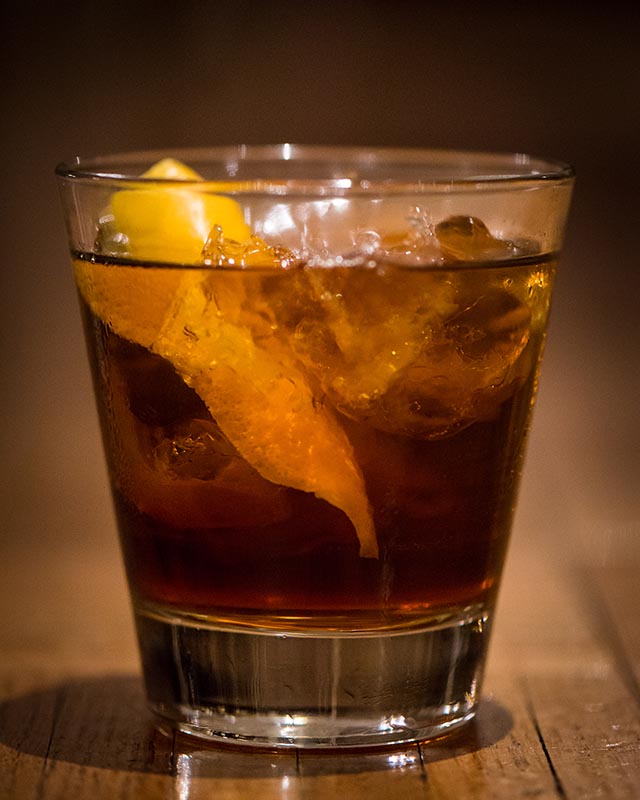 Inside Clifton’s Republic’s Cathedral Grove lies the magnificent Gothic Bar, the home to the sinfully savory Something Wicked cocktail. Made with Clyde Mays, El Silencio Mezcal, angostura and mole bitters, this ominous concoction is served over ice with a flamed orange peel. The drink is definitely a perfect mix of whimsy and wickedness. 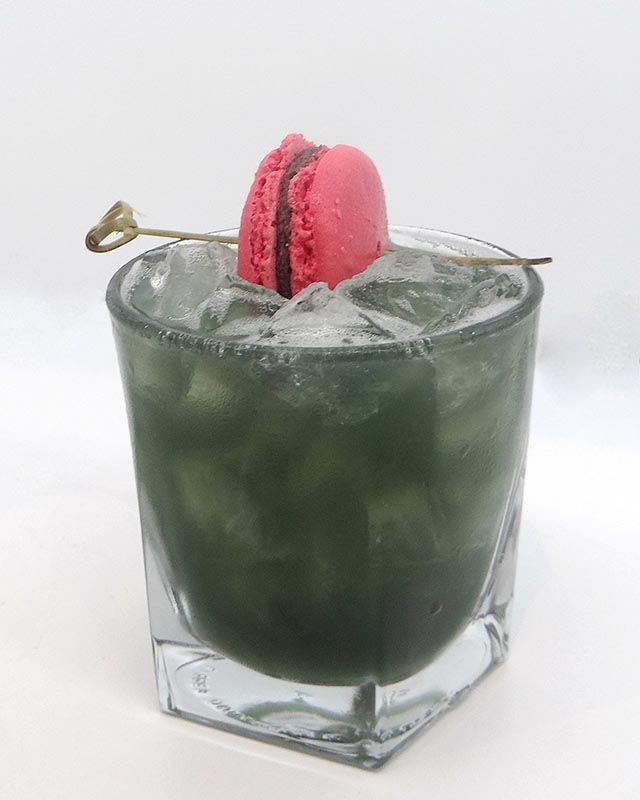 Le Petit Paris, the authentic Parisian brasserie in the heart of Downtown Los Angeles, offers a festive green cocktail, The Grinch Lantern. Don’t be fooled by the cocktail trickery, mixed with bourbon, curacao, fresh lemon juice, blackberry cream, and topped with a homemade macaroon, this mysteriously colored green cocktail will surprise guests with its blackberry and citrus flavors. 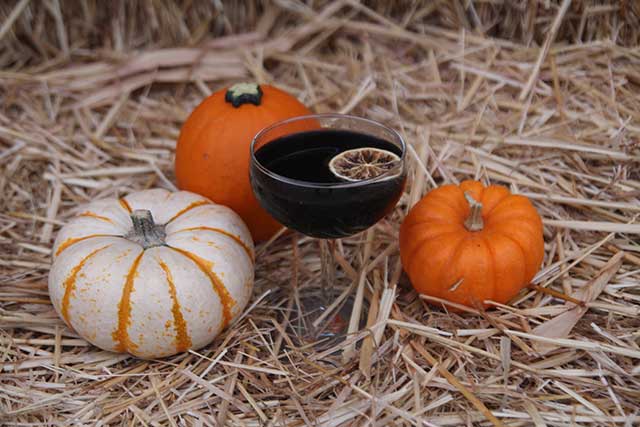 DTLA’s speakeasy-inspired craft cocktail bar Westbound has transformed into Ghostbound throughout the month of October. Tuesday through Thursday and on Sundays, stay safe from supernatural spirits by sipping on special potions during the late night “Witching Hour” from 11 p.m. to close. Our favorite deadly drink is the Elvira made with Beefeater Gin, Averna, lemon, fig and charcoal for a bewitching black color.

In addition to the creative cocktails, every Wednesday, the bar will host a “Harvest Night” with autumnal activities, including pumpkin painting by the fire pit on the back patio, pumpkin bocce ball and bobbing for apples. Double-features will also be screened on the back patio every Sunday night from cult classics like “Killer Klowns From Outer Space” to Halloween must-sees like “The Great Pumpkin Charlie Brown.” 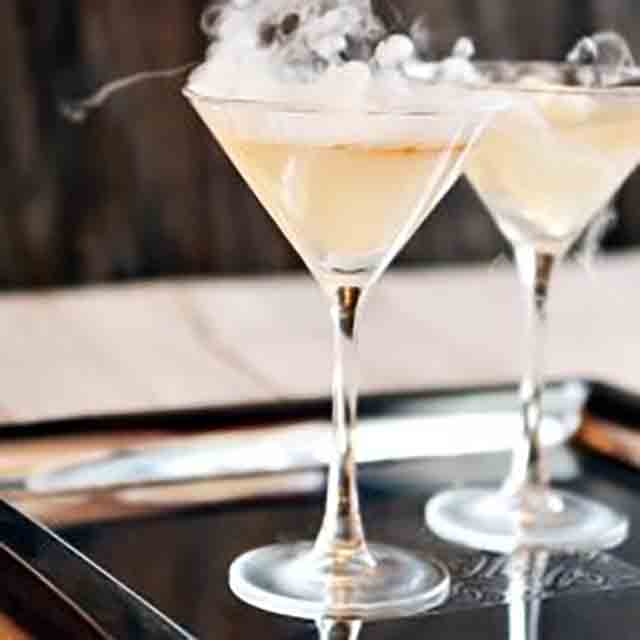 For a thriller of a drink, head over to Wolf, owned by Chef Marcel Vigneron, and tip back the Carbonadi Corpse Reviver. The vodka based drink is mixed with Cointreau, Lillet Blanc, fresh lemon juice and a dash absinthe. For an extra spooky effect, it’s served in a mysterious martini glass and with dry ice for an extra spooky effect.

The Headless Horseman at Katsuya 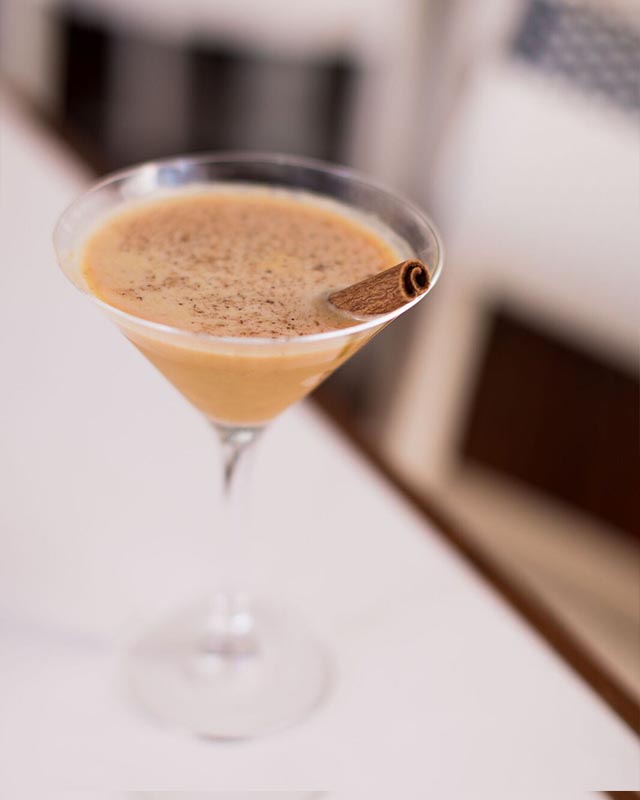 Finding a hauntingly good cocktail this season is nothing to lose your head over. Just head over to Katsuya, the trendy Japanese restaurant with locations in Hollywood and downtown at L.A. Live, and order The Headless Horseman. Made with Absolut Elyx, Bailey’s. Pumpkin purée and cinnamon and garnished with a sprinkle of nutmeg and a cinnamon stick, this Sleepy-Hallow inspired libation would have Ichabod Crane asking for seconds. 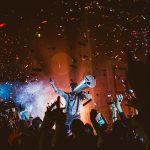 Halloween 2017: Where to Party in NYCFeatures 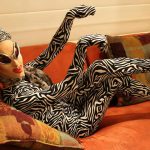