Bust out the rainbows, L.A. Pride is here. The week long celebration includes a number of LGBTQ+ events including a special Dodgers game, Trans brunch, Pride Parade and, of course, the Pride Festival June 9 and 10 in West Hollywood Park, with headliners including Kehlani, Tove Lo, Eve, Icona Pop and Keri Hilson.

Of course, this is also Weho’s biggest bar weekend of the year. So, while celebrating love of all kinds this weekend, pop into one of these five Prideful places for a drink.

The Abbey and The Chapel at The Abbey 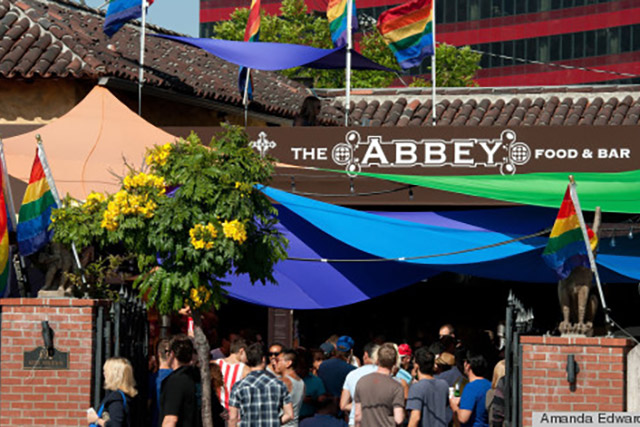 For 27 years and counting, the Abbey has reigned as West Hollywood’s best known gay hub. As one of the most famous bars in the world, the Abbey is “out” both literally and figuratively, thanks to its partially outdoor setup, go-go dancers a plenty, fun cocktails and massive dance floor. Adjacent to David Cooley’s Robertson Boulevard establishment is the newest addition, The Chapel at The Abbey, which keeps the energy up with a naughty church-like vibe. During Pride, it is certainly one of the most packed spots in Weho so revelers can buy tickets ahead of time for Friday and Saturday night ($20 each) which gives them full access to The Abbey and The Chapel at The Abbey. Expect celebs and well-known drag stars all weekend long. 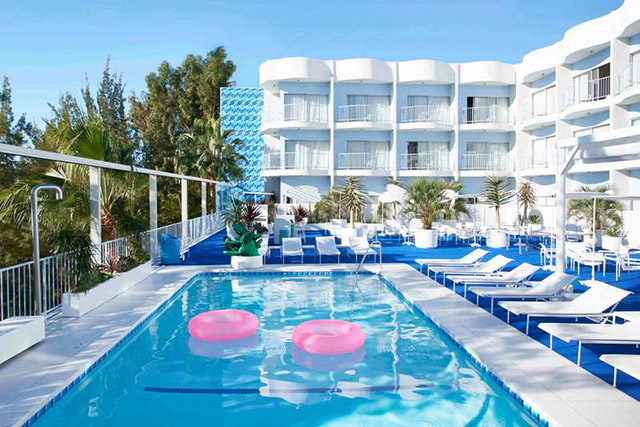 Following the parade on Sunday, head to The Standard Hollywood for the hotel’s annual Pride Pool Party. Feast your eyes on some of the hottest Weho boys around in the smallest speedos you’ve ever seen. The pool deck party will include beats by Hercules & Love Affair, Occupy The Disco and Chris Cruse and will be hosted by Gracie Cartier, The Wander Boys and Black Charmed. Our drink of choice? The Sunset Lemonade made with Prairie gin, lemon and hibiscus. Entrance is free but get here early. 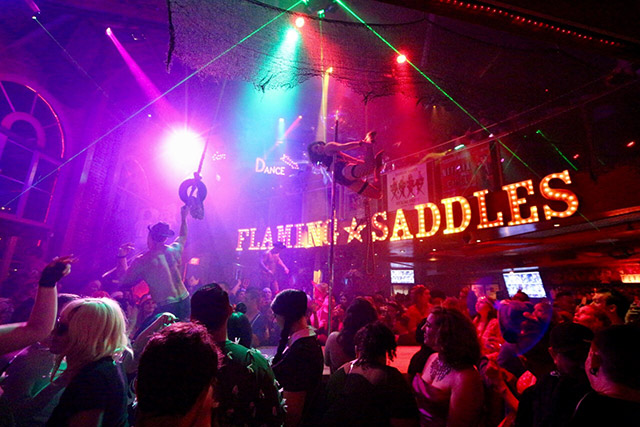 Hold on to your horses. Flaming Saddles is West Hollywood’s kind of its own gay Coyote Ugly. Cowboy and cowgirl go-go dancers wow the crowd nightly with their out-of-this-world acrobatic (not to mention sexy) performances and during Pride, the two-story western bar really heats up. Just don’t come looking for craft cocktails here. At Flaming, it’s all about the beer and cheap well drinks. 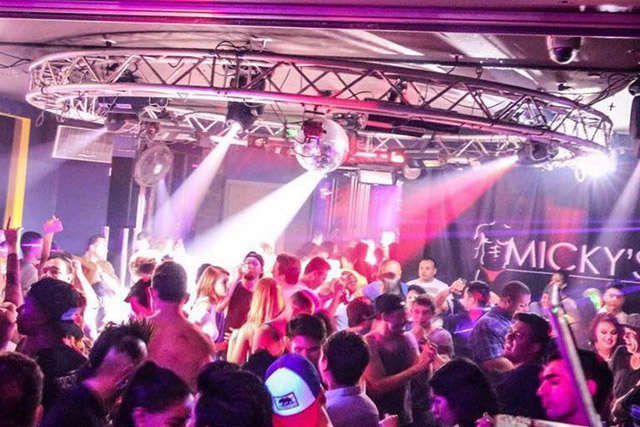 Nothing beats PRIDE nightlife like Micky’s. The anything goes, two-floor dance joint is a hotspot any time of year but this weekend expect the wildest performers, costumes and sexy party-goers you have ever seen. This bar is “home” to some of the fiercest queens from “RuPaul’s Drag Race” such as Raven, Morgan McMichaels and Mayhem Miller, so get those phones ready for a million selfies. 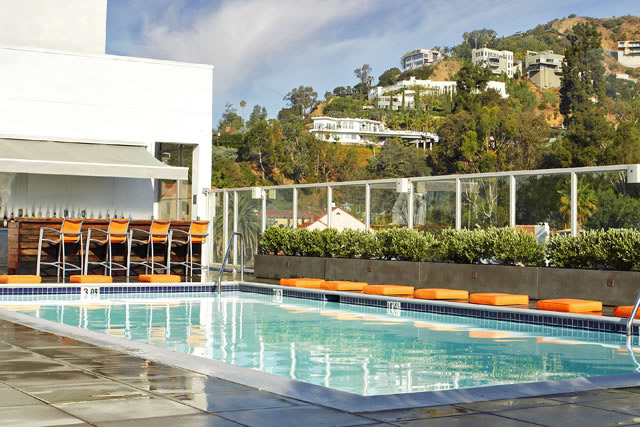 While not your typical gay venue, The Andaz is hosting a “See Pride!” rooftop pool party on Saturday, June 9 at 2 p.m. Sponsored by Casamigos, the LGBTQ+ bash will feature music to make you move by DJ Whitney Fierce and DJ Casey Alva, Insta ready photo moments and surprises throughout the day. Tickets are $25. 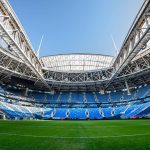 4 World Cup-Inspired Cocktails To Drink In MiamiFeatures, Where to Drink 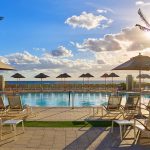