On April 7, bust out the brewskis and celebrate National Beer Day.  Whether you prefer a pint of pale ale, lager, stout or hefeweizen, there are plenty of spots to grab a beer in Los Angeles. Check out the top five spots in the city below.

The Pub at Golden Road 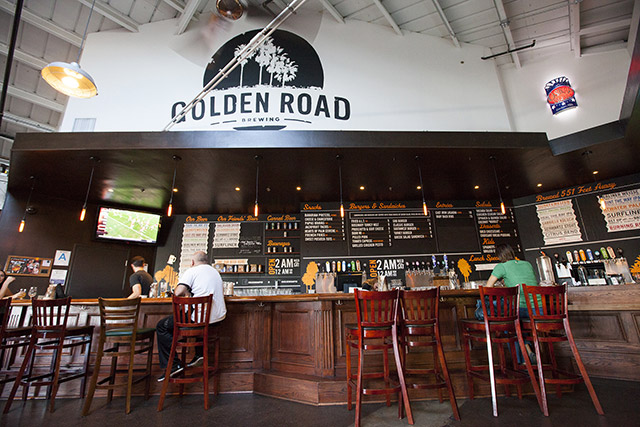 In 2011, beer enthusiasts Meg Gill and Tony Yanow founded Golden Road Brewing to bring fresh beer to the local market in the most sustainable way possible. Brewed and canned in California, Golden Road’s year-round offerings include Wolf Pup Session IPA, Point the Way IPA, Golden Road Hefeweizen, Get Up Offa That Brown and Wolf Among Weeds IPA. Along with the core beers, Golden Road brewers are constantly experimenting with the freshest ingredients through a collection of rotating, seasonal and limited-edition brews. Try them out at The Pub at Golden Road, a full-service, family-friendly environment with ample indoor and outdoor seating, located just a stone’s throw from Griffith Park in Atwater Village. Inside The Pub, you’ll’ find 20 taps dedicated to beers brewed just a few feet away at the original Los Angeles production brewery. They also occasionally feature guest brews from fellow California craft breweries as well as a gluten-free cider. You can also take the beer home with you. The Pub at Golden Road offers both cans and 32 and 64-ounce growler fills for sale.

The location also boasts a private event speakeasy Chloe’s which is tucked behind the Pub and is accessible via a secret door next to the main bar. Opened in 2012, this intimate space houses many public events including their Brewer’s Supper Series, a three-course, beer paired dinner featuring the brewer’s choice beer of the month. 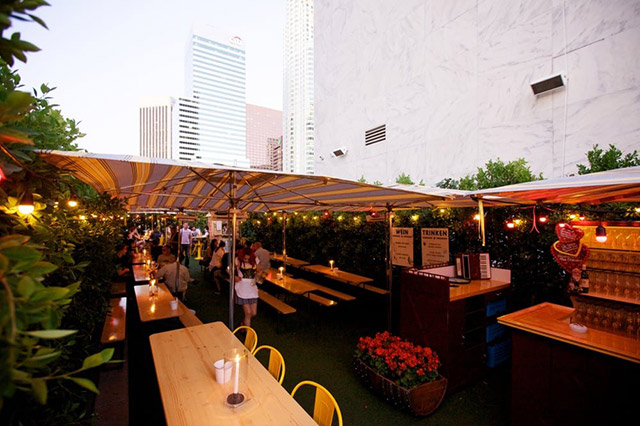 Craving a brew with a view? Head downtown to The Standard where a biergarten is perched on the sky-high rooftop along with the hotel’s infamous pool. The brainchild of hotelier André Balazs and chef Kurt Gutenbrunner, this hip, open-air, grassy knoll space is filled with traditional communal tables, a foosball table and a kitschy ticket booth. With these tickets, guests can purchase German street food such as sausages and giant pretzels prepared by way of Austrian chef, Kurt Gutenbrunner and, of course, giant steins of beer. 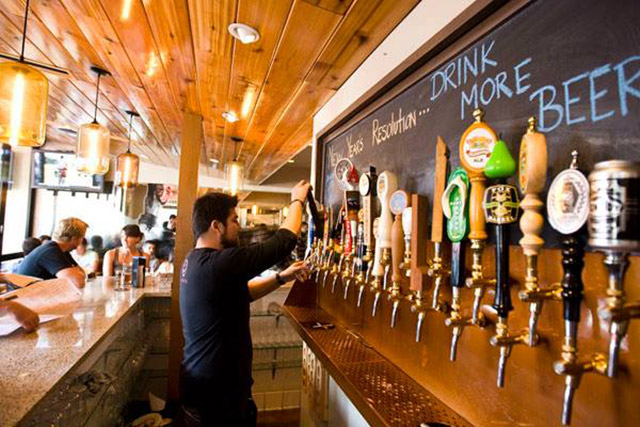 The beach and beer go hand in hand so head over to Simmzy’s in Manhattan Beach for some laid-back vibes just steps from the Pacific. Here you’ll find nearly two dozen rotating drafts including many local favorites like Simmzy’s of Burbank Tide Pool Pale Ale and Los Angeles Ale Works Lunar Kitten, as well as out of town standouts from Roadhouse Brewery in Jackson Hole, Wyoming and Ska Brewing Company in Colorado. 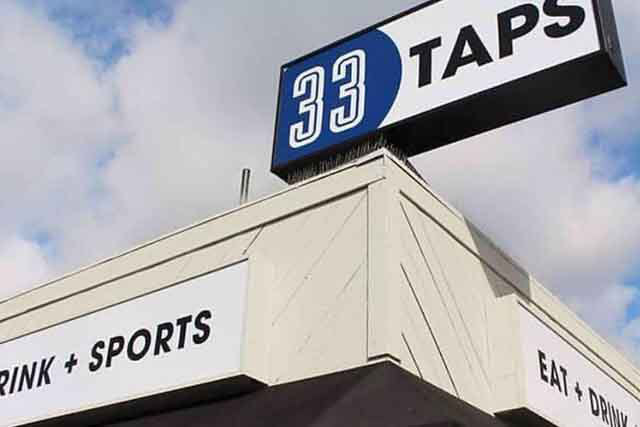 This Silver Lake filling station’s name 33 Taps not only refers to the year 1933, when Prohibition ended, but also its literal rotating draft system of 33 great beers, including local craft brews, as well as well-known domestics and imports. Local draft standouts include Cali’ Creamin’ Cream Ale from Mother Earth Brewing Company and Sonora Wheat Pale Wheat Ale from San Fernando Brewing Company. The made from scratch menu goes beyond the expected pub fare, offering unique gameday items such as Ahi Tuna Bites and Pasta Primavera, and an all-day breakfast. Be sure to try one of their artisanal burgers and craft fries, ranging in flavor from Truffle’d Parmesan to Cajun. Catching the big game? Settle in and catch all the action on one of the expansive sports bar’s big screens beaming the games. 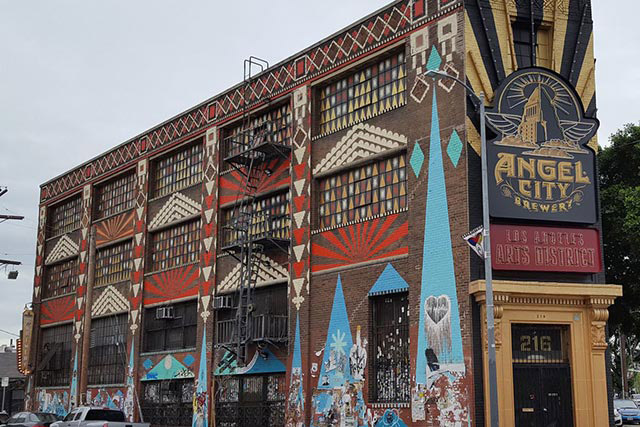 Love beer and dogs? Angel City Brewery actually welcomes Fido inside for the full experience. With tons of space and lots of community-style seating, think of it as the best on-leash dog park in the city. This DTLA craft brewery brews over a dozen original beers including their delicious Salted Caramel Goose, new Saazberry fruit beer and uber-popular Angel City IPA. Rotating food trucks are always on site if you and the hound get hungry and you can also walk away with a growler of your favorite AC draft. Now that’s our kind of doggy bag. 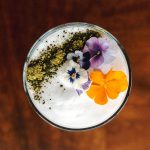 10 Spring Cocktails to Drink Now in MiamiFeatures, Where to Drink 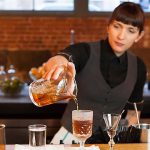 Mojitos, Matcha and The Talking Heads: Drinking with Ezra StarDrinking With, Features