Halloween is upon us and it’s time to leave the trick-or-treating to the kids. Leave your lair to roam around San Diego and try these haunting Halloween-themed cocktails. 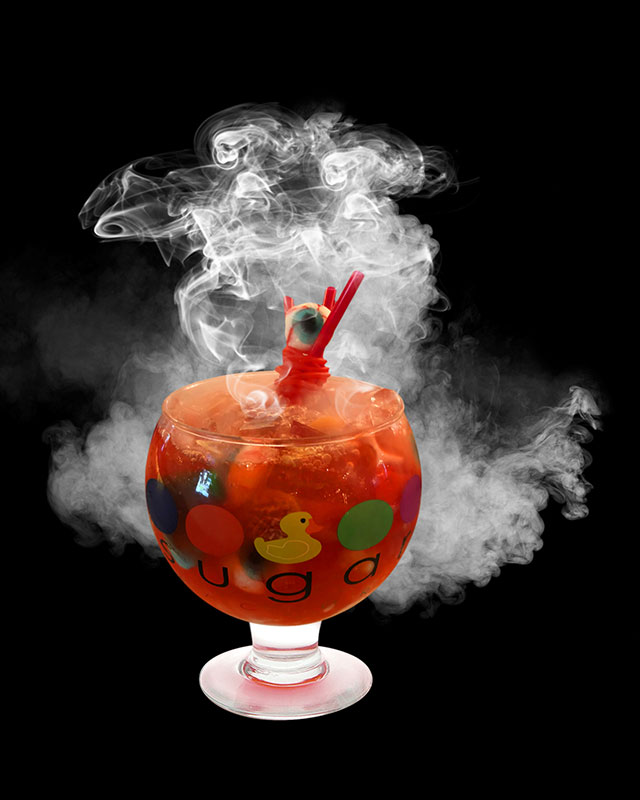 Trick or treat yo’ self at Theatre Box’s Sugar Factory American Brasserie with the Toxic Zombie Goblet, available Oct. 23 through Nov. 4. This fright-tastic oversized goblet is a combination of Voli vodka, strawberry Pucker schnapps, pineapple juice, sweet and sour mix, Sprite, pineapple syrup and strawberry puree, topped with gummies and red licorice. And of course, it smokes when poured tableside. 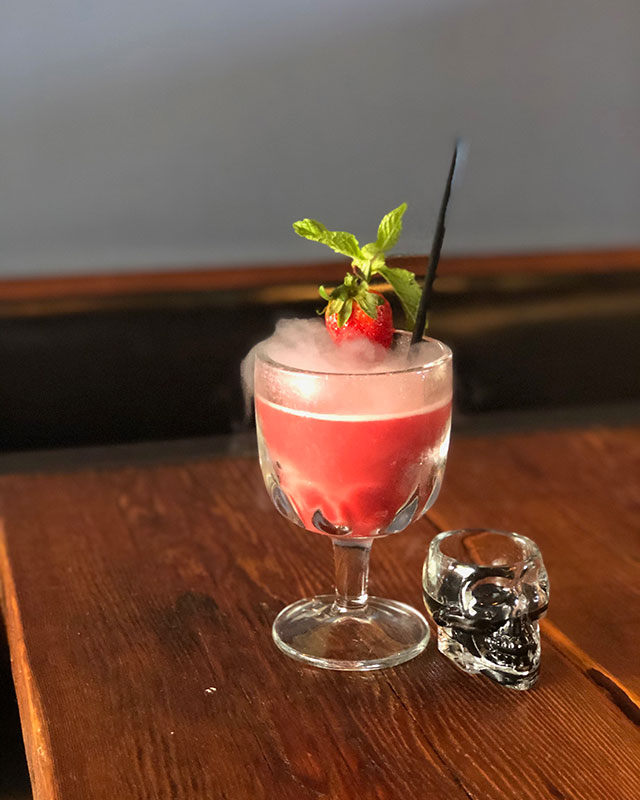 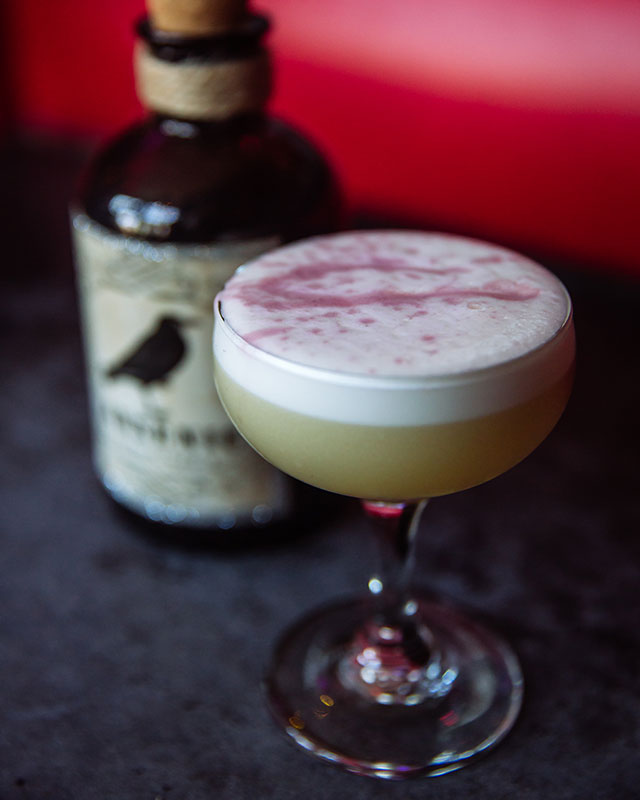 San Diego’s most elusive bar, Prohibition, transport guests to another era with an immersive 1920s experience. Enter through the secret door and you’ll find Gatsby-esque bartenders pouring a special potion for Halloween, the Witching Sour. The cocktail is a spooky twist on a whisky sour with a splash of red wine. 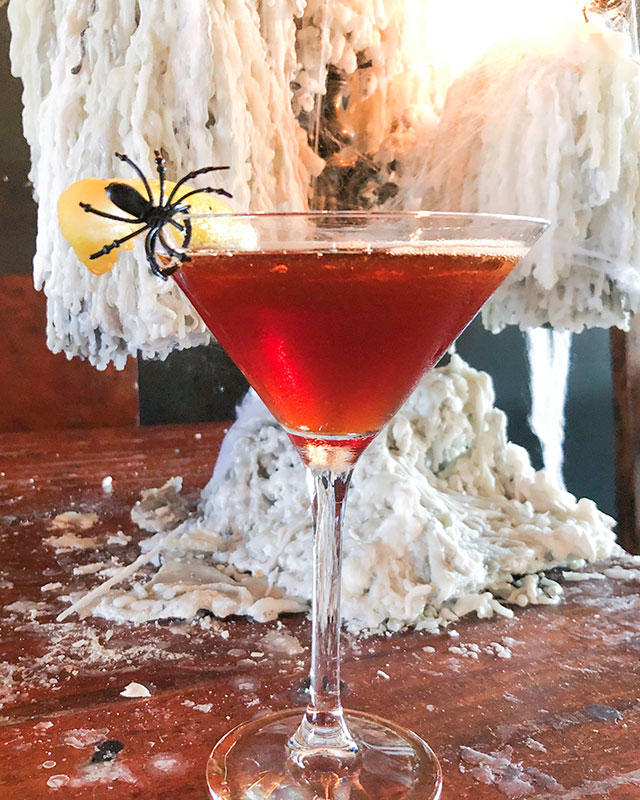 While Halloween isn’t traditionally celebrated in France, that won’t stop Bleu Bohème from getting into the Halloween spirit. The award-winning French restaurant will offer its Danse de la Mort cocktail for the holiday. The Danse de la Mort, translated to the death dance, is made with 10-year-old tawny port, sweet vermouth, lavender bitters, Amaretto di Saronno, fresh lemon juice and a lemon twist. 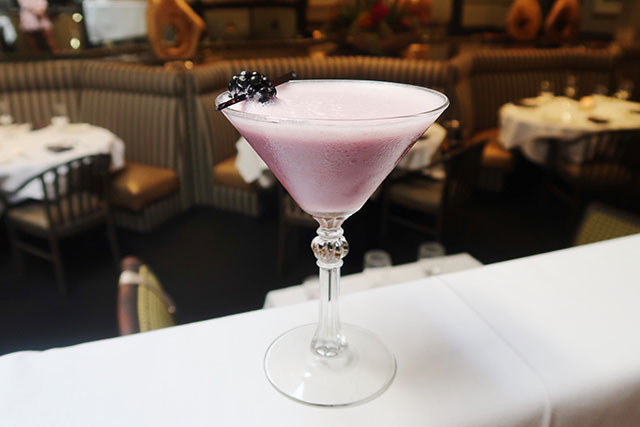 Inspired by the tricks and treats of the season, Primavera Ristorante will get into the Halloween spirit with two featured cocktail concoctions: the Jolly Rancher cocktail, made with Midori liqueur, Apple Pucker Schnapps, watermelon vodka, lemon vodka and pineapple juice, topped with a lemon twist and raspberry; and the Franken Berry Martini, made with crème de Violette, white Godiva liqueur and vanilla vodka, topped with a splash of pomegranate juice and garnished with a blackberry. 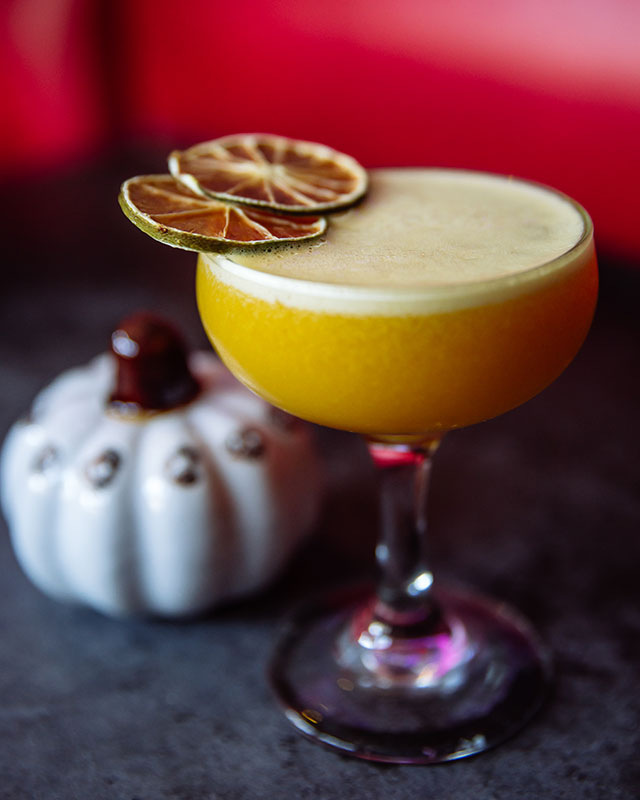 To Die For at Meze Greek Fusion 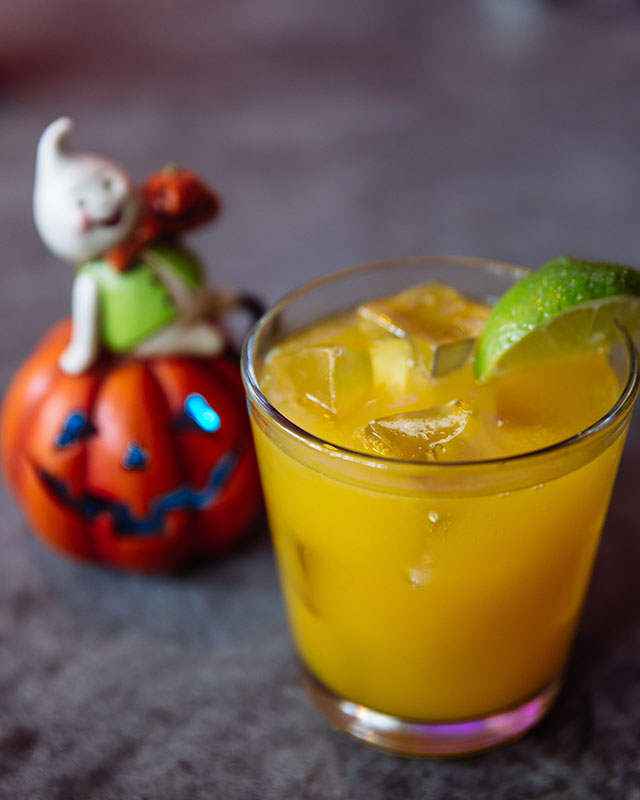 Although its namesake may mean “small plates,” Mezé Greek Fusion delivers anything but a small experience. The popular restaurant, which boasts open-air sky-high ceilings with full bar and chic lounge  will brew up a bone-chilling cocktail for Halloween known as the To Die For. Made with Dobel Diamanta GBOD single-barrel tequila, mango puree, Ancho Reyes Verde, fresh lime and R&D fire bitters, this drink kills it. 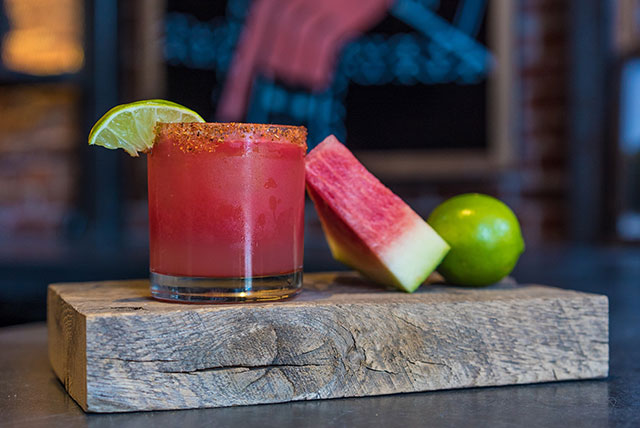 Inspired by Pancho Villa and the pistoleros of the Mexican Revolution, El Chingon is a new badass concept in the Gaslamp. This Halloween, El Chingon will haunt and scare San Diegans with its hair-raising howl-day cocktail the Madero de Muerto, a combination of Azuñia Blanco tequila, house-made watermelon cordial, lime and Tajín. 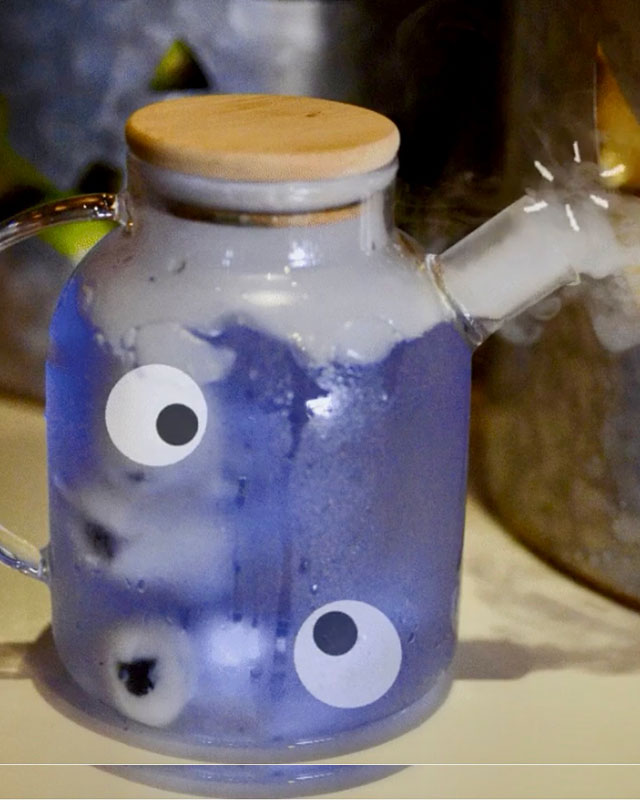 Things are getting spooky at Cafe 21! Available now through Halloween, FEAST your eyes on the Evil Eye Punch! This creepy cocktail was concocted in our cauldron with Lavender, Lychee, Blueberry, and Leblon Cachaça. Your drink comes to life as potion pours out of the pot and the edible eyes make this libation quite the spectacle.