Emporium Arcade Bar, which first launched in Chicago in 2012 and is well-equipped with furniture like bar leaners, made its Las Vegas debut in February 2021 and quickly became a go-to hotspot for adults. Open to ages 21 and up, the two-level venue inside AREA15 features classic video games, pinball, pool tables, foosball, skeeball, shuffleboard, live shows, game tournaments and live DJs. But that’s not all—the beverage menu offers a few cocktails with a special theme.

“Our Kitana Paloma is based on Mortal Kombat, while our Sonic Boom Old Fashioned is based on Street Fighter,” says Candice Stone, Emporium’s bar manager, who served as a craft cocktail bartender at Corduroy in Downtown Las Vegas before joining Emporium. “These cocktails are named after video games that we offer here.”

Emporium also offers the seasonal Sideshow Bob cocktail, which Stone says is a reference from The Simpsons. On the menu, you’ll also find the Pineapple Mojito and Winter Mule, which are worth trying out as well. All cocktails are priced at $12 each. 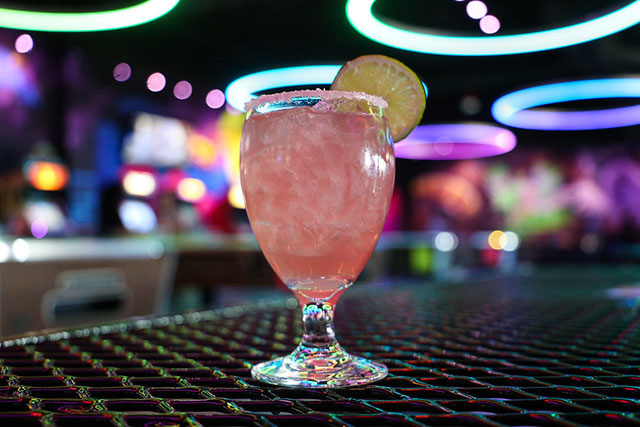 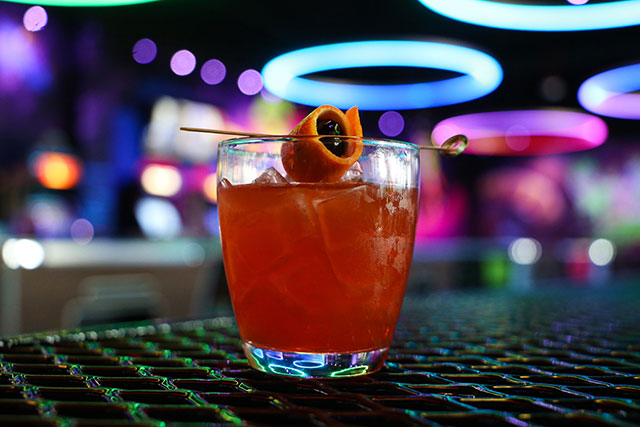 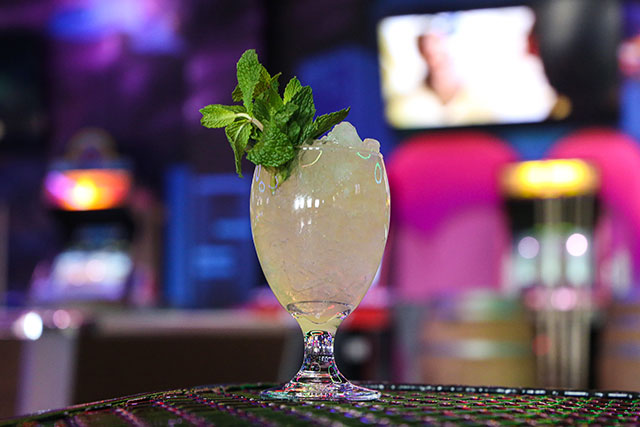 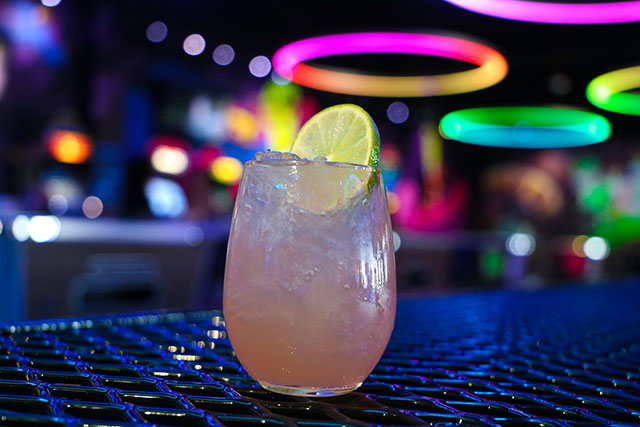 There are draft beers ($7-$10 each) and bottled and canned beers ($5-$9 each) in addition to the themed cocktail menu. “All of our draft beers come from local breweries,” Stone says. “Every Emporium location brings in local breweries and distilleries.”

Some of the options include the Peanut Butter Chocolate Stout from Lead Dog Brewing, Dawnbreaker Lager from 7Five Brewing Co., Golden Ale from Astronomy Aleworks, Bonanza Brown Ale from Tenaya Creek Brewery, and Sparks of Joy IPL from CraftHaus Brewery. 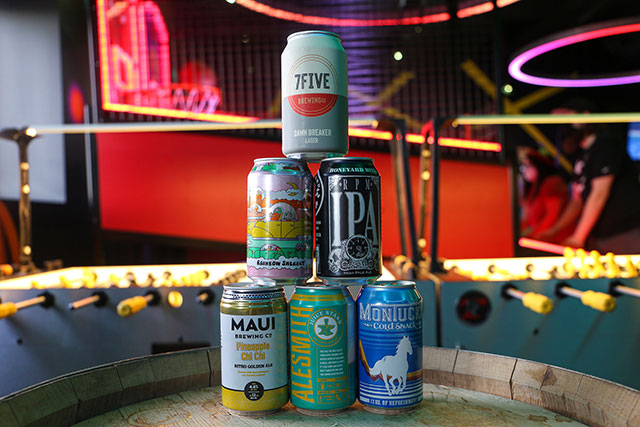 Besides the signature cocktails and beer, you can also choose from popular and hard-to-find whiskeys, tequilas and mezcals.