Shochu is a small batch, artisanal low ABV spirit, which originated in Japan in the mid-16th century. It’s typically enjoyed on the rocks or mixed with hot or cold water or fresh juice.

“Shochu holds an important role in the spirits industry of Japan as it predates Japanese whisky,” explains O-Ku Beverage Director, Valentine Restificar. “It is a distilled spirit made from grain and thus has a significant connection to the agriculture. In recent years, it has seen a resurgence in popularity especially in the current Japanese drinking youth as cans of chu-hais (flavored soda, sometimes tea-based, and shochu) can be purchased.” 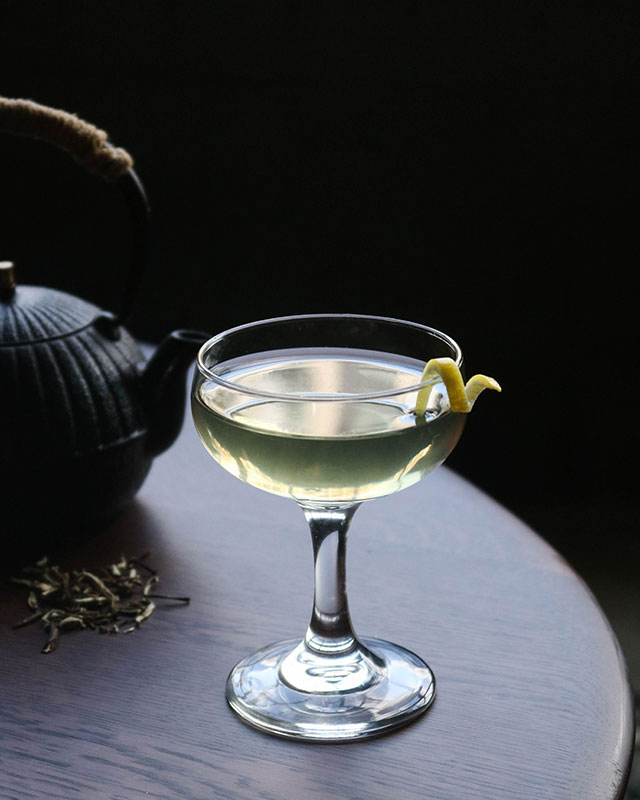 Oyuwari, Restificar explains, “is the combination of shochu and warm water as a beverage. Combining the chu-hai drink concept and the traditional oyuwari leads to the conception of the Ashigaru drink.”

Historically, the ashigaru were the foot-soldiers of Japan employed by Feudal Lords. “They often were conscripted peasant farmers. The use of genmaicha, Japanese brown rice tea, is intentional in both flavor and concept. Flavor-wise, a barley based shochu pairs well into the malt from roasted rice grains. Conceptually, genmaicha​ is historically drunk by the poor and thus can be considered “the people’s tea.” Therefore, both the spirit and the tea are tied through lower socioeconomic and agricultural concepts.”

Lemon oleo-saccharum is the sweet oil that results from combining sugar and lemon peels; the bright citrus aromatics form a refreshing balance when paired with the malt-earthy flavors of the Shochu and genmaicha. 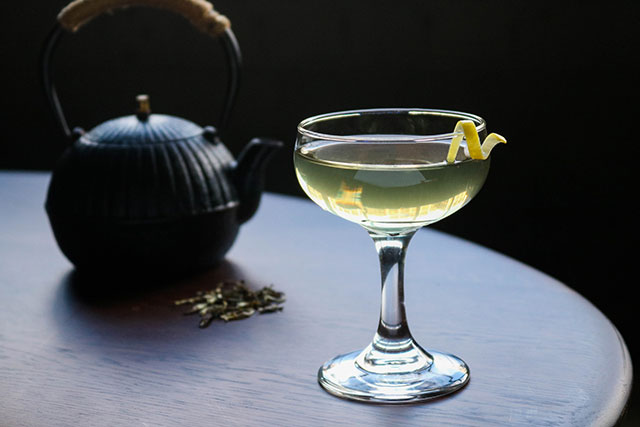 In a mixing glass, add oleo saccharum (muddle a sugar cube with lemon rind if unavailable). In the glass you will be drinking from, warm it with hot water and then drain. Add 2 oz shochu followed with 4 oz of hot tea (176 to 185 degrees Fahrenheit.) Express and garnish with lemon twist. 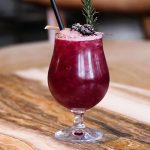 Where to Get Your Dry January On Around L.A.Features 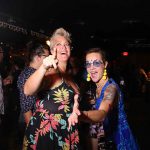