Barmania returns to Las Vegas favorite, Herbs & Rye, on March 25th to help raise money and awareness to fight cancer as bartenders go head to head to in quick fire challenges. Inspired by his wife’s work with St. Baldrick’s charity foundation that raises money for children and their families fighting cancer, Herbs & Rye owner Nectaly Mendoza wanted to create an industry bartending event to raise money and do good. Barmania was born to join both missions for the ultimate bartender smackdown to find the fastest in the land.

Joe Pereira, former manager of Herbs & Rye, tells the story, “One evening Nectaly was trying to figure how to help his lady and the kids in need. He calls me into the office and we talked for a bit. He is trying to come up with an event to help. All of a sudden you see his face light up and he says out loud ‘Barmania’ turns to his computer and starts plugging away.” 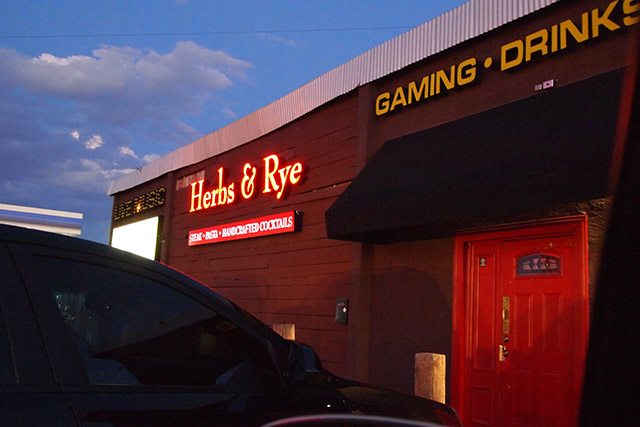 Pereira notes that a lot of bartenders are massive fans of old-school WWE wrestling, so in this competition, bartenders dress up as their favorite wrestling persona, complete with their theme song to hype the crowd.

“While music blasts and revelers cheer, competitors must make eight drinks, a shot and then pop open a beer the fastest,” Pereira continues. “However, drinks have to be made properly and if someone breaks a glass, doesn’t finish all the drinks or any other no-no of the judges, then they are disqualified in shame. Of course, as this is WWE style, being overly-animated and getting the crowd hyped is mandatory for all bartenders.”

After the first year, the Herbs & Rye team raised good money but was inspire to do more. So Pereira suggested that they should take advantage of the Nightclub & Bar Convention while so many industry folks would be in Vegas. “It literally exploded that second year,” says Pereira. “We raised more money and had nationally recognized bartenders compete and join the cause. That set the stage for year three when we had international competitors from Asia, Europe and our Puerto Rican family.”

Last year, Nectaly took Barmania to Seoul, Korea solidifying the movement. This year promises to be the most TURNED UP YET!

barmania herbs & rye Las Vegas
Barmania 2018 Returns to Herbs & Rye to Bring the Pain and Fight Cancer2018-03-192018-03-19https://thirstymag.com/wp-content/uploads/2016/04/thirsty-nyc-logo-1.pngthirsty.https://thirstymag.com/wp-content/uploads/2018/03/barmania-feature.jpg200px200px
About
Tara Fougner
Co-Founder of thirsty, Tara Fougner has over over 15 years of industry experience and a passion for the global beverage community. One might think that Tara was destined for beverage media as her great-grandfather, G. Selmer Fougner, is credited by David Wondrich as being "America's First Drinks Writer." A lifelong New Yorker, you can usually find her hunkered down on some barstool around the world chatting up the bar crew about their beverage program and endlessly taking pictures of drinks for the 'gram. In 2020, Tara was honored by Drinks International on their 'Top 100 Most Influential In the World' List. 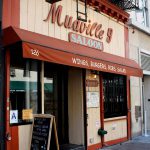 A Guide to Drinking in Tribeca: 5 Bars To Check OutFeatures 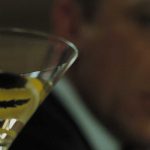 Shaken, Not Stirred – How to Drink Like James BondFeatures