No one wants to go to Times Square. It’s just science. Until about a month ago, there were only three reasons I would venture to the armpit of Manhattan: a friend, a guy or a show. This summer, URBO gave me a fourth…and a fifth, and a sixth, and a seventh (the eighth opens later this month).

Across two floors and a colossal 26,000 square feet, URBO boasts five completely unique spaces: a restaurant (URBO Kitchens), coffee shop (URBO Grind), and retail shop (URBO Supply) downstairs, as well as a bar (Bar URBO) and soon-to-open restaurant (URBO Loft) upstairs. Looking out for the best interests of our loyal ThirstyNYC readers, I spiraled up the stairs and went straight to Bar URBO.

I sat down with Toby (“a simple bartender”) and Nick Patton (Head Bartender) to discuss the history of Times Square, sample their favorite bar snacks and cocktails, learn some new words (spoom: /spo͞om/ noun – the foam that splatters out of a beer tap to announce an empty keg), and help them name a few future cocktails. We also played a quick round of phone-a-friend to chat with Bar Director Jan Warren about some of his latest cocktail creations.

First of all, get there early. The bar opens at 5pm and rewards prompt patrons with not one but two full hours of drink deals. $4 drafts, discounted wines, and half off a specialty cocktail of the bartender’s choosing.

Second, Jan worked incredibly hard on the cocktail menu and would be quite insulted if you didn’t enjoy one of two. Perhaps the Canadian Daiquiri (two rums, coffee, lime, maple, allspice dram) or Black Irish (Irish whiskey, amontillado, falernum, lemon, almond, red wine) might be a good place to start? 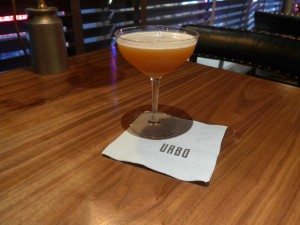 And then there’s Little Apple (apple brandy, tequila, manzanilla, vanilla and apple, bitters); “it’s a panty dropper” according to Toby. His words, not ThirstyNYC’s.

And, since it’s Fall and apple brandy deserves as much time in the cocktail spotlight as possible, the award for “Classic Cocktail You’ve (Probably) Never Heard Of” goes to the Moonlight (apple brandy, lemon, soda). Unexpected and delightful, much like Bar URBO itself. 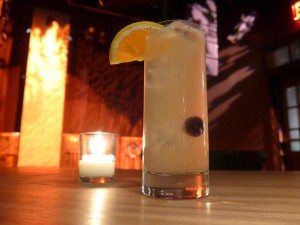 Third, don’t skip the food. From the White Anchovies and Miniature Lamb Burger to, my personal favorite, the Buffalo Chicken Croquette, the menu has perfectly balanced bar snacks with a touch of class. As Toby says, “there’s nothing I would steer people away from.” If, for whatever strange reason, you’re in the mood to share, the Mezze Platter is surprisingly abundant in both portion and flavor. 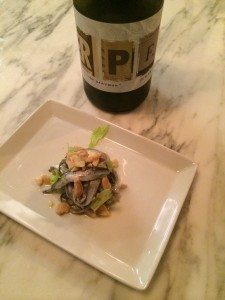 “It’s a much different vibe up here,” said Nick. And it is. Different from the vibe downstairs and the vibe out on the street. On the corner of 42nd Street and 8th Avenue, you don’t feel like you’re in the heart of Times Square.

Make some plans to go to Times Square. It’s cool again. Thanks, URBO. 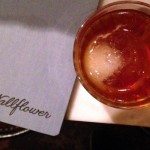 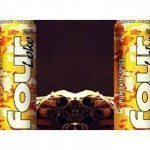