Less than a month into their reopening and Bar Sardine is living up to its name; get there early or you won’t be able to fit in the packed house! Given the genius of Beverage Director Brain Bartels, it’s no surprise that the new, cocktail-heavy scene is drawing such crowds.

Bartels is one of those guys whose passion for his job is simply infectious. He loves what he does and it shows in his demeanor, his staff, and his cocktails.

The cocktail menu at Bar Sardine is seasonally-inspired collection of one or two barrel-aged cocktails that have been aged 4-5 days (“anymore than that takes on the characteristics of the wood in an adversarial way” – good to know!) and a handful of shaken and stirred cocktails. Though he has already made a few additions to the original list, the current cocktail menu is still true to the season.  It is “is meant to invoke summer fruity nostalgia” and it succeeds.

One of the newest additions is Tater’s Little Sunday (Combier Orange, Pilsner, Lime, Bitters), which is Bartels’ take on a classic summer shandy, named after one of the staff dogs. Naturally.

The current, and rightfully, most popular drinks are Dance Up That Alley (Hendrick’s & Ford’s Gins, Coconut Water, Cucumber) and the New Orleans Knickerbocker (Slovenia Vodka, Banane du Brasil, Lemon, Jack Rudy Grenadine), which is best described by Bartels as “a banana cosmopolitan.” By his own admission, Bartels uses unexpected flavors “deliberately. Not to fuck with people, but to introduce them to new ingredients.”

On the rare occasion Brian isn’t at Bar Sardine or one of his other restaurants, he’s exploring and enjoying the New York cocktail scene. His recommendations? “Little Branch, Middle Branch…all the branches. Cooper’s Tavern for beers. And NoMad Bar. If you go there, you must try the North Sea Oil. [Leo Robitschek’s] got some terrific cocktails there; it’s humbling.”

Though Bartels has been tending bar since his college days*, he didn’t realize the value of the industry until joining the opening team at Joseph Leonard five years ago.  He’s been with the team ever since and in the role of Beverage Director for the past three and a half years.

“I got to open restaurants and work in the industry with some of my best friends. If that doesn’t make work enjoyable, I don’t know what does!”

*Fun fact: he went to college with PDT’s Jim Meehan and the two are still close friends. Brian was the best man in Jim’s wedding! 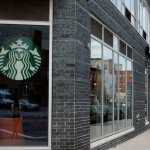 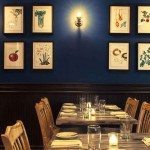