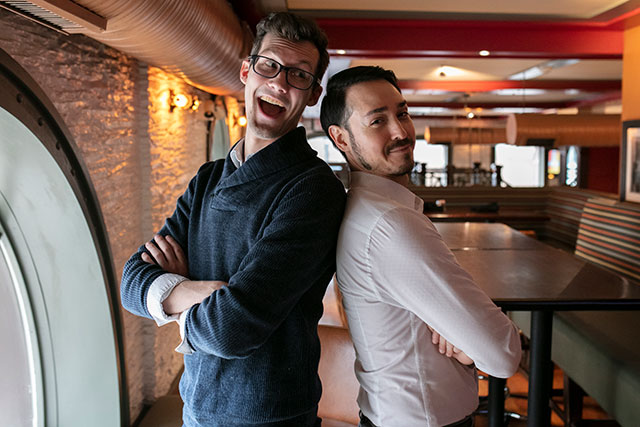 “It was a privilege to be on the stage with such an amazing array of mixologists and baristas,” Brick tells thirsty. “From the moment we all met to the end of the event, everyone was smiling and having fun. You could always tell by the energy in the room that we were all thrilled to be there.”

After entering the competition online last fall, eight lucky and talented teams were selected to compete in the live showdown at Metropolis on January 23rd. The Irish Coffee tipples were judged based on taste, presentation and inspiration, with Brick and Garcia’s taking home the top honor.

“I want to give, like, 70% of the credit to Alex,” says Garcia. “His creativity and expertise are what made the Irish-Italian Cheesecake Stallion such a delicious cocktail. I want to thank Slane Irish Whisky and Metropolis for the opportunity and to give a huge thank you to the other finalist teams. It was my first competition like this, and everyone was so talented and cool, just awesome bartenders and baristas.”

Not only did Brick (@the_beverage_alchemist) and Garcia win the adoration of the judges at the competition, but they took home $1,000 check for their creative cocktail, presented by Slane Irish Whiskey co-founder Alex Conyngham. 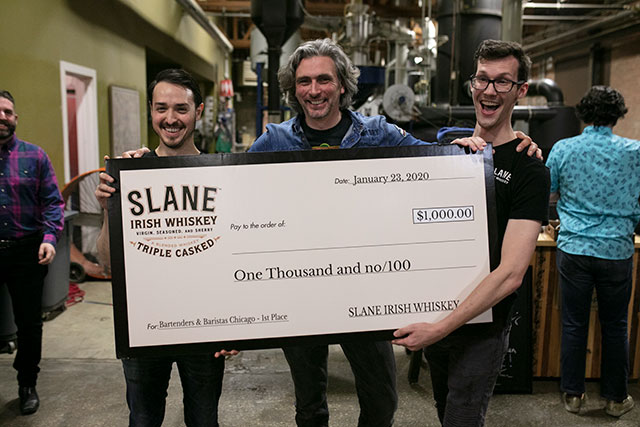 “‘Now in its second year, it was great to see this event gathering momentum,” Conyngham tells thirsty. “Bartenders and baristas share a passion for serving and creating great drinks using kona coffee beans. This platform gives them the chance to collaborate, combine their different skill sets, learn from each other and push the boundaries on the classic Irish coffee cocktail.”

Conyngham continues: “All the entrants rose to the challenge, got creative and produced some seriously impressive Irish coffees that leaned into and built on the bold flavor notes in Slane. Judging it was a blast and a privilege and my thanks again to all of those who put their oar in and got involved. Until the next time…” 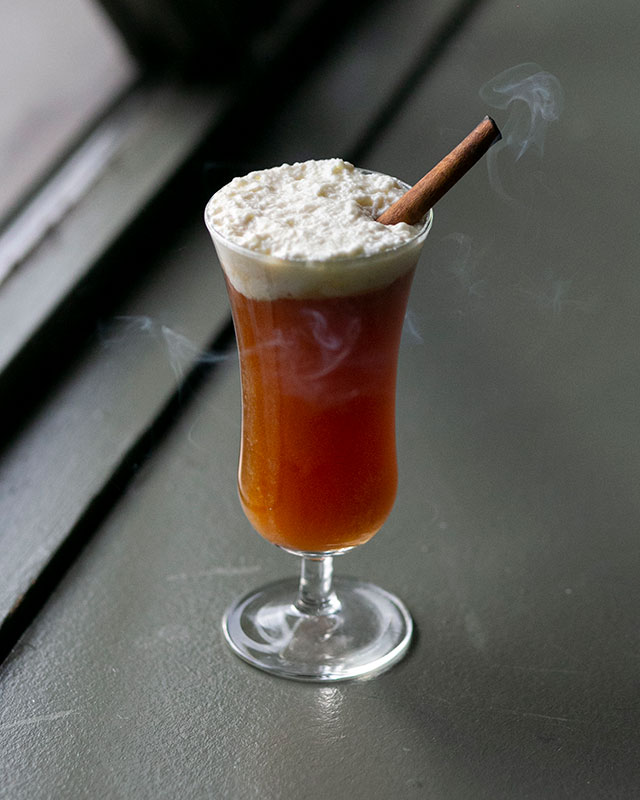 Build in a glass and add coffee. Stir gently to incorporate. Top with mascarpone whipped cream and garnish with a charred cinnamon stick.

For more on Slane Irish Whiskey visit www.slaneirishwhiskey.com and @slanewhiskey on social media.