In the age of creative craft cocktails and inventive concoctions, sometimes there is still nothing quite like a classic vodka martini. Now, thirsty is calling on craft bartenders to showcase their talents and create their very best elit® Vodka martinis with the “Art of the Martini” global bartender competition.

The elit® art of martini is a global city-based competition, celebrating the world’s best bartenders and their talent for recreating the iconic vodka martini. elit® Vodka represents the ultimate in vodka craftsmanship. From grain to glass, every stage in its creation is controlled with unerring precision and thirsty is looking for bartenders who embody these same characteristics.

The competition will run through May 31st online, where the top five recipes from each city (New York, Los Angeles, Miami, Dallas, Chicago & Las Vegas) will be selected by a panel of judges to compete in the city finals which will take place in June 2017. The winner from each city final will go on to compete against bartenders from around the world at the Global Art of Martini competition in Ibiza, Spain September 21-23, 2017. Can anyone say “dream trip?”

Kayla Hasbrook, winner of the 2016 Art of Martini competition says about her experience, “For me, the key to crafting the winning recipe was highlighting the subtleties of the elit Vodka. Salt and Pepper are essential elements in any great dish, so I decided to apply this to my cocktail ‘Tall, Dark and Handsome.’ Benedictine, Sherry and Dry Vermouth helped with giving the cocktail weight, complexity and a long finish.

My advice for this years’ contestants is to pay attention to what you are putting into your mixing glass or shaker – every ingredient selected should add something to the cocktail, but the elit vodka is the star of the show.”

There are some rules: this competition is spirit-on-spirit which means no muddled fruit, juices or syrups. Fruits, herbs, essences and spices may be used in infusions, however. Modifiers such as fortified wines, bitters, tinctures, infusions, and citrus oils are acceptable variables in a martini cocktail, but the ratio of modifier to base spirit should never exceed 50:50.

The cocktail entry may be shaken or stirred and can be served up or on the rocks. And while the traditional garnish is a citrus twist of olives, cocktail onions are also acceptable. But here is where you can get truly creative, as garnishes can be as imaginative as you allow.

Visit artofmartini.com for more details and enter for a chance to win.

art of martini elit Vodka
Bartenders Make Their Best Classic Cocktail For the elit® Art of the Martini Competition2017-05-112017-05-11https://thirstymag.com/wp-content/uploads/2016/04/thirsty-nyc-logo-1.pngthirsty.https://thirstymag.com/wp-content/uploads/2017/05/enter-elit-vodka-art-of-martini.jpg200px200px
About
Casey Brennan 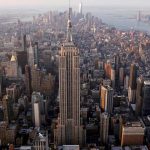 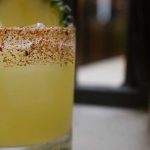