It’s lights out for Soho mainstay, Bob & Kenn’s Broome Street Bar. The place has been sold to Jon Krasner, who owns Harlow in Midtown and Sag Harbor, for $12 million and will surely be converted to something way trendier and “Soho”-y in no time. There were first rumors that the bar would close after owner Kenn Reisdorff died at age 92 in March.

Fans of Abraço coffee  in the East Village will be happy to hear that the shop has expanded and now has another storefront down the block. Abraçolina is now open at 80 East 7th Street, selling bags of coffee, bottles of olive oil and mineral water, among other things.

After a devastating electrical fire, Donna Cocktail Club is now reopen, serving cocktails in Williamsburg. Favorites include the Tapped Out, with mezcal and Graham’s Six Grape Port and the Tread Lightly with Monkey Shoulder scotch, Benedictine and pear brandy. Also: the popular Brooklyn Taco window will be reopened soon, too.

That was fast: just one month after opening, Mob Wives star Big Ang has shuttered Brooklyn Monkey, the DUMBO outpost of her popular Staten Island bar, The Drunken Monkey. The bar, which is located above Grimaldi’s and was only accessible by entering through the pizzeria (which closes at midnight), didn’t draw the “yuppies and hipsters” that Big Ang was hoping for and was in financial trouble from the start. Meanwhile, a patron of the Staten Island location died earlier this month, when he was punched and fell backward onto the sidewalk, hitting his head.

In August, Rouge Tomate will close down it’s current location on East 60th Street and move to a new location downtown, with an expanded menu of cocktails and wine, which the New York Times says was brought on by financial reasons. 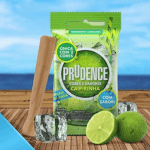 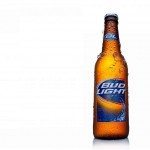