When quarantine and lockdowns swept the nation, Brown and Balanced and founder Josh Davis hosted a series of Happy Hours over on Instagram featuring bartenders, servers, and cocktail enthusiasts from all over the U.S. to share their stories and backgrounds. After taking time to rest and restore, Brown and Balanced came back to continue conversations on a series of Friday program, featuring a special line-up of guests to highlight different perspectives from the Black Hospitality Community talking about issues that matter.

There is also a hand-selected bartender featured on each session that should be on your radar. The next and final one of this series, airing on Friday, December 4th on the Portland Cocktail Week Facebook page, will feature Omar YeeFoon, owner of Shoals Sound & Service in Dallas.

On the episode, YeeFoon will discuss his life and experiences while also creating an Appleton Estate rum-based cocktail.

For the last two decades, YeeFoon has been a student, practitioner, teacher and mentor of the bar industry in Dallas, TX. Being a bartender by trade, specializing in a simplistic yet nuanced approach to cocktail creation and service, he has left his touch on many notable bar programs throughout the city and beyond from managing award-winning bars such as The Cedars Social, The Peoples Last Stand and Smyth, to consulting privately.  From 2014 to 2017 Omar took up sales and advocacy duties with spirits startup, The 86 Company as their first Brand Ambassador/Market Manager serving Texas, Louisiana, Oklahoma and Tennessee.

His path has recently taken him back behind the bar, though, opening his own cocktail bar and restaurant, Shoals Sound & Service, in the Fall of 2017.  Shoals was named Best New Bar in 2017 and Best Classic Cocktail Bar in 2018 by Dallas Observer and D Magazine as well as winning Bar of the Year at CultureMap Dallas’ Tastemaker Awards in 2019. Most recently, in the Dallas Observer’s Best of Dallas 2020 issue, Shoals was named “Best Cocktail Bar” and “Best Vegan/Vegetarian Restaurant.”

Omar has served as Education Chair of the Dallas Chapter of the United States Bartender’s Guild from 2014 to 2015 and regularly presents cocktail classes locally as well as seminars at popular spirits and cocktail conferences, such as Tales of the Cocktail in New Orleans, San Antonio Cocktail Conference and Lush Life’s Bar Institute.  He has been a regular speaker at the University of North Texas’ hospitality program since 2014, presenting a number of spirit and cocktail related seminars to the Survey of Beverage class.

With a strong passion for history and culture, the world of bartending and spirits have taken Omar around the globe to experience bars, restaurants, and distilleries, making friends with colorful characters and taking in their stories. He believes that in travel, eating and imbibing is the best way to understand a culture. 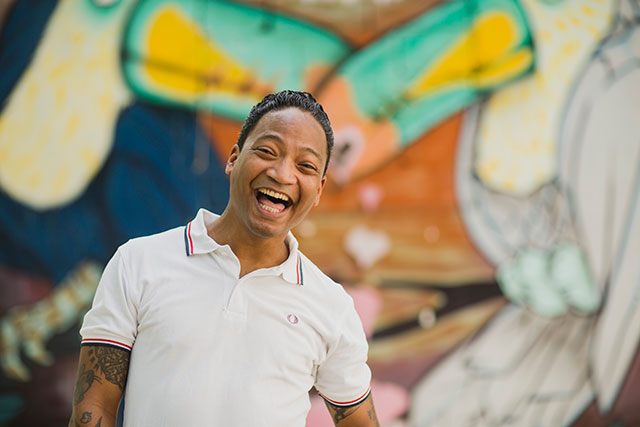 What is the best part of being a Bartender to you? Connecting with people. Being the conduit that connects people?

If you weren’t a Bartender, what would you be doing? I might still be in the music business, but not likely. Teaching was always a passion. Politics, if I didn’t have to answer for my past.

After quitting my touring job, I spent a lot of time in an Irish pub that I loved. I wasn’t doing much at the time, so when I was asked if I would like to barback some shifts, I took them on. Been in the industry ever since.

Nepotism is rampant like in many industries. There tends to be a lack of opportunities for advancement for black and brown workers in FOH and in kitchens unless you put your head down and break your back for very little pay and make hella noise in your personal time. Owners and managers like to keep numbers of brown faces limited to reduce the perception of the establishment “going dark.”

I think it is a choice. If you are a business owner that doesn’t have the desire to be inclusive it’s your prerogative. If you are and your managers don’t, replace them. Check your policies for hidden racism. I think mostly, it is down to the public to vote with their dollars and not to support venues that promote racist policies.

Probably the negroni. An undisputed classic, adhering strictly to rules, yet somehow still balanced if you don’t.

With the social climate in the world today, our industry is a microcosm of society. How can you see Black/Brown Bartenders using their platforms to enact change in what we see across the bartending community?

I think that at this time, it is important for black and brown bartenders to break the cycle of only appearing when there is a call for a person of color. Instead of becoming a monolith like women, LGBT, etc. we need to make our points of view heard. Whether it be creatively about F&B or the state of the culture. Remember, bartending culture is also black culture.

If you could pick a dream team – a starting 5 of Black/Brown Bartenders from your city to open a new place – who would they be and why? 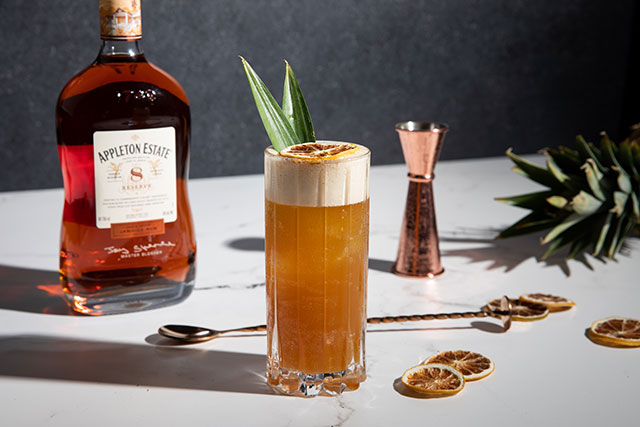 Combine all ingredients except wine in a shaker. Shake with ice. Double strain into an iced Collins glass. Top with Cinzano Prosecco and garnish with a lime wheel and pineapple frond.

Despite The Pandemic, The Industry Shares Reasons To Be Thankful In 2020Features, Spotlight