There’s a new brunch worth checking out – with cocktails to go along with the dishes. At Brooklyn’s Fausto, the bar team led by Wine Director and Partner Joe Campanale has curated a menu of drinks with a focus on small-batch bitters, artisan aperitifs and Italian spirits, as well as low alcohol, crisp white wines – think Pietracupa Greco di Tufo 2015 – and “juicy” reds like Patrick Lambert Chinon 2017. 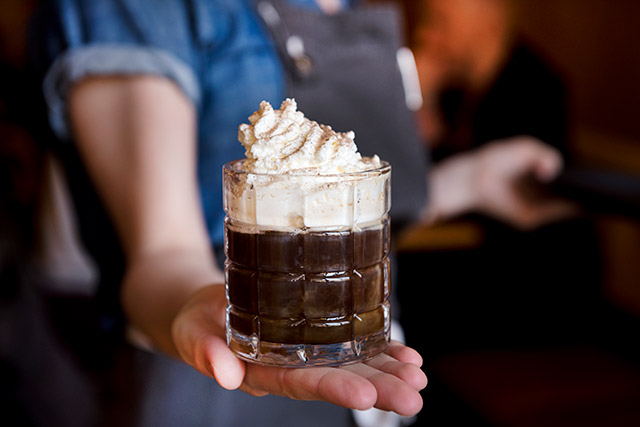 The Caffe Aspetta is made with counter culture coffee, rye, meletti anisette, cream and is based on an Irish coffee, explains Campanale. “We wanted to use the Meletti Anisette because its delicious and because it’s from Ascoli Piceno, a beautiful mountainside town in the Marche,” he says. “I like the rye whiskey because it’s a bit spicy and boozy. It also incorporates Counter Culture Coffee, which I think is the best coffee purveyor around. We top it with house-made whipped cream and a sprinkle of nutmeg, which makes it feel really decadent.”

As for pairing, Campanale suggests the lemon ricotta pancakes. The bitterness of the coffee is a nice contrast to the sweetness of the pancakes. The roasted figs have an earthiness that is complemented nicely by the spiciness of the rye. 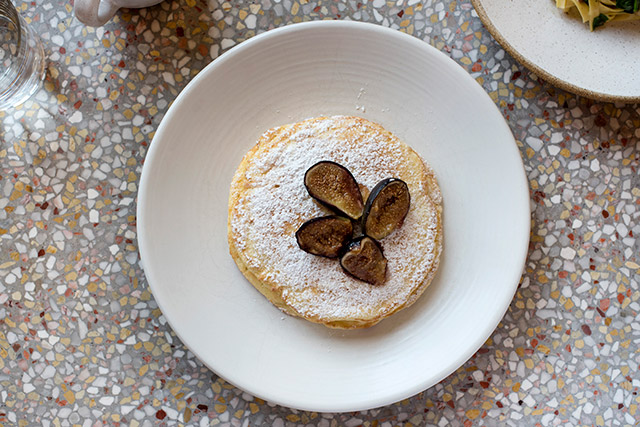 “The bitterness of the coffee is a nice contrast to the sweetness of the pancakes,” he says. “The roasted figs have an earthiness that is complemented nicely by the spiciness of the rye.”

The Spumoni is a mix of contratto aperitif, aperitivo select, grapefruit, tonic. “I like that this is a low-alcohol brunch drink that is slightly bittersweet and light,” Campanale says. “You can drink a few of them without feeling too afflicted. I love that it is based on something that’s classic and well respected (the classic cocktail contains Campari in place of Contratto and Apertivo select) but that it’s our own updated version and contains ingredients that we’re really fond of, namely Contratto Aperitif and Aperitivo Select – two apertivi that people are less familiar with.” 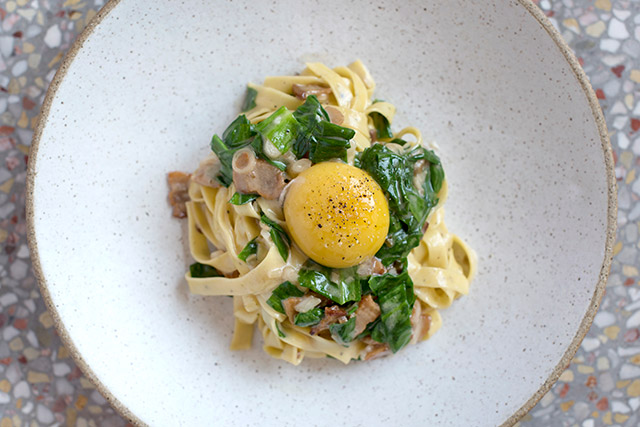 Because of the low alcohol spirits and tonic, Campanale recommends this cocktail with “any of our full-flavor brunch items that are on the richer side like the black paper tajarin or poached egg, braised duck and polenta.” 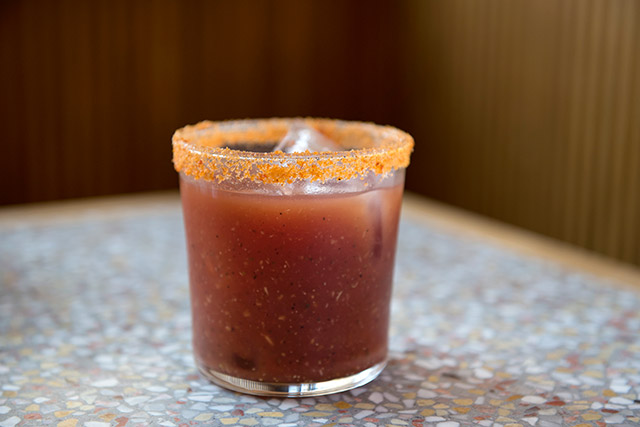 Next up: the Bloody Mary, with tomato juice, colatura, calabrian chili. “I love our bloody mary because it’s a lighter, fresher take on the classic brunch cocktail,” says Campanale. “It feels a bit more restrained and grown up. We incorporate colatura which is essentially Italian fish sauce – the Italians have been making this for centuries and it adds an umami to the cocktail that deepens the flavor. The horseradish element is infused into the vodka opposed to shredded into the cocktail- we wanted a smoother interpretation than you typically see around the city. We salt the rim with Calabrian chili, anchovies and salt to amp up the flavor. 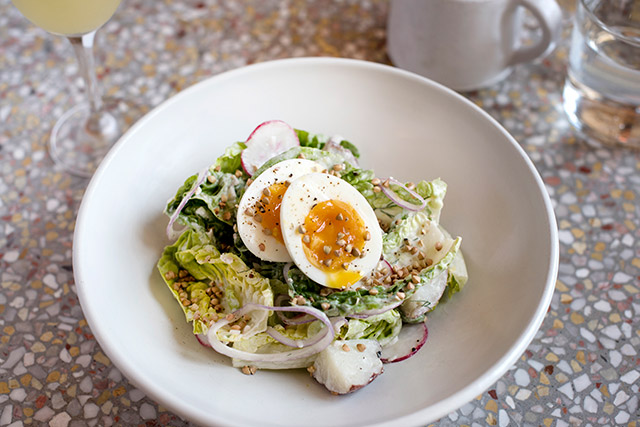 Campanale loves this cocktail with the Little Gem. “The little gem is both creamy and bright (from the lemon crema and lettuces) and contrasts nicely with the acidity (from the tomato juice in the bloody mary) and spiciness from the horseradish infused vodka.”

Other brunch cocktails include: 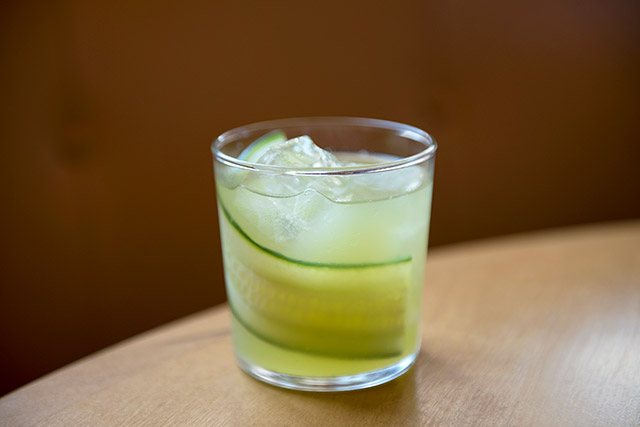 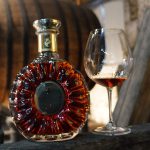 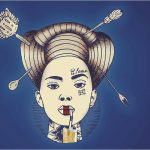