Burgers and Bourbon at The Ainsworth

Don’t get me wrong, I love the cocktail scene in New York City. I’m a big proponent of the use of exotic (and also locally grown) ingredients, of infusing liquor with fruits and herbs and colors, of the exactitude of filling a cocktail glass to the brim, no more no less. These drinks are fun to make, fun to decorate, fun to photograph, and, yes, ultimately, fun to drink.

But, I don’t know, call me old-fashioned (pun definitely intended). There’s something charming and fine in simplicity. I suppose you could call me a believer in Occam’s razor, wherein the simplest solution is most often the best one.

An expertly mixed colorful cocktail with seven ingredients and a flower on top isn’t always the easiest way to take the edge off. Sometimes all you need is a Budweiser (er, now known as America). Sometimes a shot of whiskey. Sometimes together, but only on weekends or after a day of hard work on the docks.

Or, sometimes what you need is squarely in the middle. Back in college, the fanciest cocktail I’d drink was a Bud Light with a lime in it. No, not a Bud Light Lime. Just a Bud Light, pulled from the tap, with a lime dropped in. I might call that a twist.

The folks over at Bulleit seem to get this. Their whiskeys, from the recognizable orange-label bourbon, to their 10-year counterpart, to their green-label rye, all can stand on their own, away from the distractions of vermouth and campari and oranges. Taken alone, swirling within its own glass, it stands apart, its golden shine inviting a taste, its spicy yet smooth finish inviting a second. 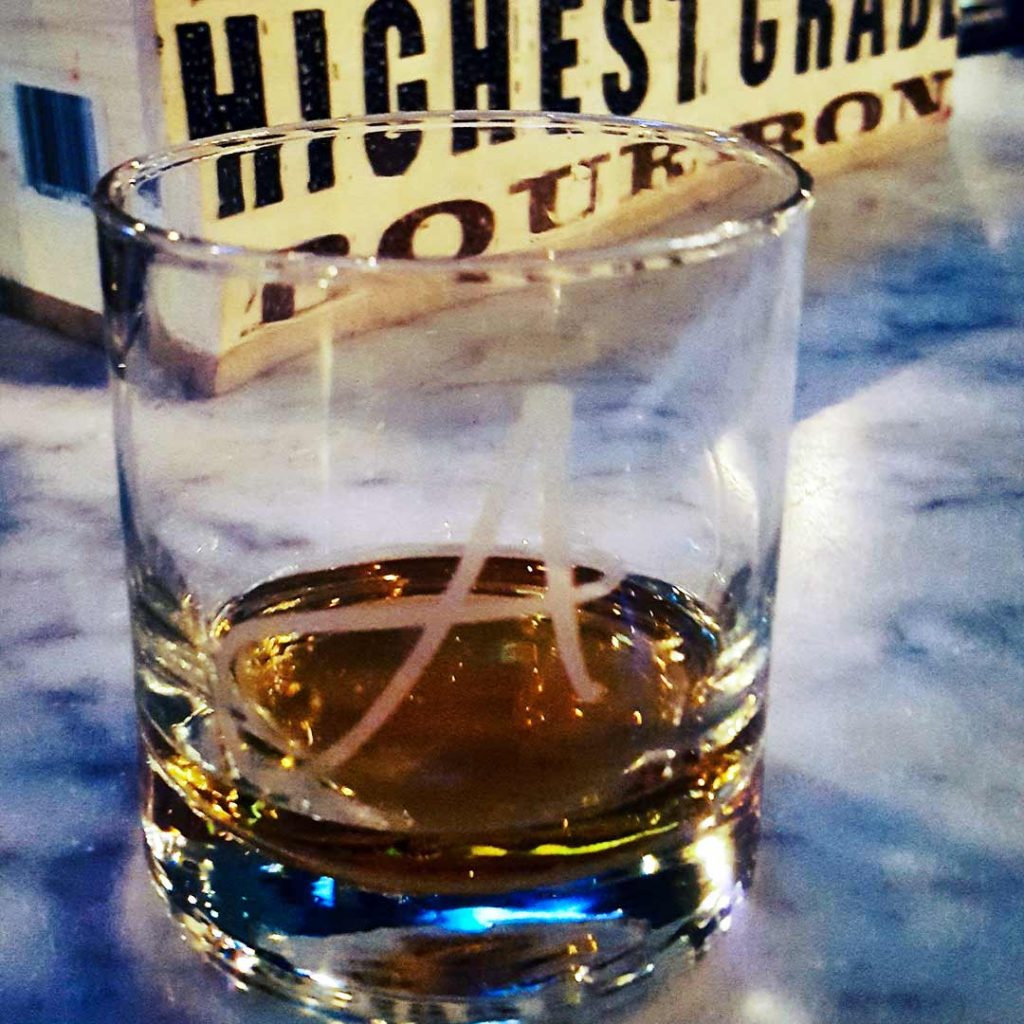 The three expressions were allowed the floor to express themselves at the Ainsworth, in the high-ceilinged back room of their midtown location. Before being paired with a deliciously stacked Schweid & Sons burger, Bulleit spokesman Spike McClure sung the praises of the 35-year old brand, and who was I to disagree? The whiskey is smooth and flavorful, and, between the familiar seven-year and the ten-year, I got a really good idea as to how three extra years barreled away can change a whiskey.

The real genius, however, came next. The twist, in this case, came from Mrs. Bulleit herself in the so-called “Kentucky Lemonade”. Simply bourbon, lemon and tonic, mixed together with ice in sensible but inexact proportions. It’s not fancy, it’s not obscure, it’s not difficult. It just is, as if it were a statue carved out of the marble. An intuitive mix, an obvious connection made only by an innovator. It’s as if the drink were made from ingredients at hand in a moment of thirst. 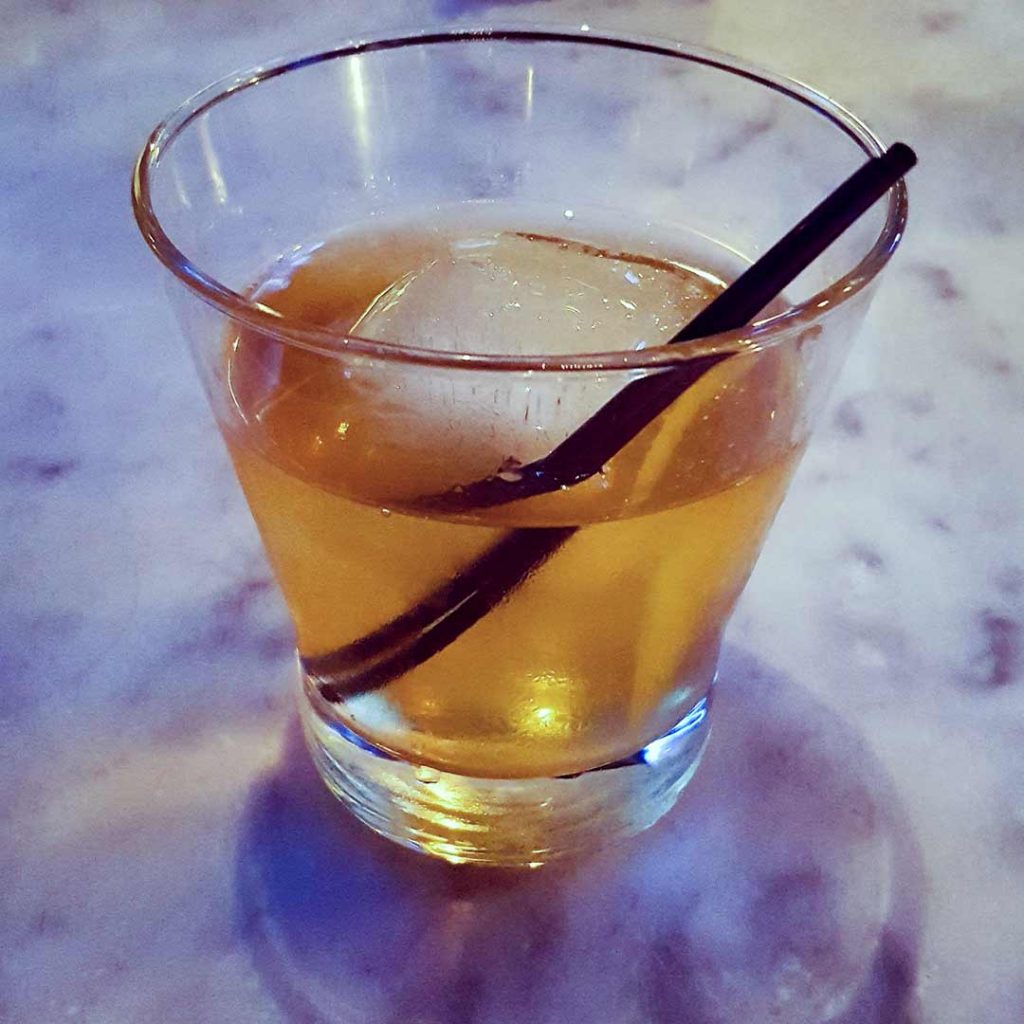 No matter your own personal bartending skill, you can make this drink. Just a dram of bourbon, fill the glass with ice, and top it off with some tonic water. Take the peel of a lemon, squeeze what juice you can into the drink, run the rest on the rim of the glass, drop it in, and stir. Call it a Kentucky Lemonade, and you’re done. That’s it. Make it again tomorrow.

This drink was stirred and served at the Ainsworth, following and completing the courses of Bulleit, accompanying the remainder of the night, through a demonstration on making barbeque sauce, a lesson on stacking burger, and an exercising in taking IG-worthy photographs of your food. I learned a number of new things about all these topics, but the greatest came without words. It was just a drink with a twist. It was easy. It was obvious. It was a bit of brilliance and a moment of clarity. And sometimes that’s all you need.

bourbon Burgers
Burgers and Bourbon at The Ainsworth2016-05-172016-08-23https://thirstymag.com/wp-content/uploads/2016/04/thirsty-nyc-logo-1.pngthirsty.https://thirstymag.com/wp-content/uploads/2016/05/burgers-bourbon-ainsworth.jpg200px200px
About
John Chamberlain
John Chamberlain has done a lot of walking, and by walking he means bar crawling. As an aspiring bar owner, he can't think of a better place for research than New York City. If you see him reading a book at the bar, feel free to interrupt. Follow his IG-worthy adventures @thebartographer. 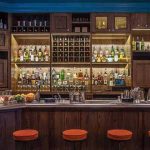 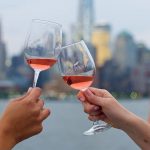