Burns Day is a National Holiday in Scotland in respect of Robert Burn. Burn was a Scottish poet who wrote iconic prose influencing figures like Bob Dylan and Abraham Lincoln. He was also a bit of a party animal, fathering 13 children, with the last of his offspring being born on the day of his funeral. His spirit is being honored and will reside at the McKittrick Hotel for a Burns Day Supper and performance.

It all will begin with an Aberlour Scotch tasting. There’s nothing like some old as a legal teen Scotch to start the evening. To celebrate the completion of the tasting you will be given a shot of whiskey. An ‘Ode to the Haggis’ will ensue (google Haggis) followed by a hearty Scottish pub style meal consisting of and Neeps, Cock-a-Leekie Soup and Pan Roasted Scottish Salmon with whisky-infused Cranachan Cheesecake for dessert. Don’t fret you can still get cocktails like a French Martini during all of this if you want to go off script.

Did I mention there’s going be live bagpipes during this?

More live entertainment is to come as you will be brought from the Cabin on the Roof into The Heath for a performance of “The Strange Undoing of Prudencia Hart,” acted out by The National Theatre of Scotland. This is a music-filled folk theater fable that unfolds among and around its audience. It weaves tales of the devil, love, and all things that inspire Christian guilt into a lyrical and enchanting story told with live music throughout an intimate and supernatural setting.

Also, you get another shot of Aberlour Scotch before the performance. Bonus points.

And last but not least you will be exited after the show, on the McKittricks freight elevator, into The Manderley Bar where a Rock and Roll Band will be performing. The choice is yours if you want to stay for a song or two, it’s a pretty great situation to enjoy a nightcap.

Burns Day, Holidays, Perfomance, Scottish, Whiskey
Todd Strickman
Todd Strickman is a NYC area native who has always enjoyed a good night out on the town. After many years of sales, marketing, and partying he applied to a job at an editorial assistant role at a lifestyle publication with very few writing samples. Todd started writing down his highlights from nightlife and putting them into his own website, The Brim. Today Todd enjoys working with the Thirsty team covering highlights around the NYC nightlife arena.
Recommended Posts 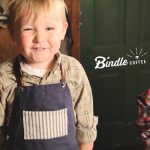 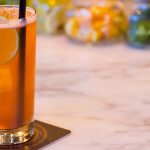 South Pointe Tavern Is Where You Should Be Drinking in Miami Beach’s SoFiBarstool Review, Features