For the husband-and-wife team of Katie Morgan and Charlie Davis, the last few years have been a whirl. Almost as soon as they met each other, it all started happening in rapid succession. Katie is a cider aficionado, and Charlie (a professional brewer at the time) made her a special hard cider for her birthday. It was a drink that must have been suffused with ineffably magical properties, because from there the two quickly started dating.

Married, not long after that. And then six months after their wedding they opened Right Bee Cider, the first cidery in Chicago. Which, come early spring, will expand with the opening of its taproom. 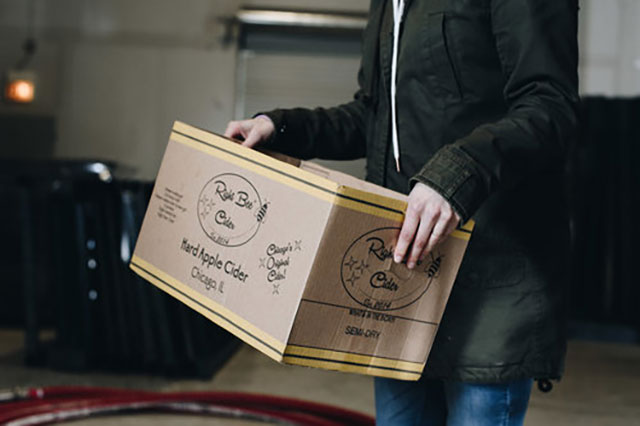 Part of all this is attributable to the kismet of meeting the right person at the right time. What are the chances that two people – two specific people – ever meet each other, conditions will be perfect, and both will decide to give things a go? For Katie and Charlie, the stars kept aligning. A groundswell of interest in cider, of course, was also happening in tandem, paving the way for a jolt to the overall industry in addition to Right Bee Cider. The name of which, by the way, refers to the fact that there’s a group of beehives on the roof of the business’ production facility, a little honey from which is used in some of the ciders. 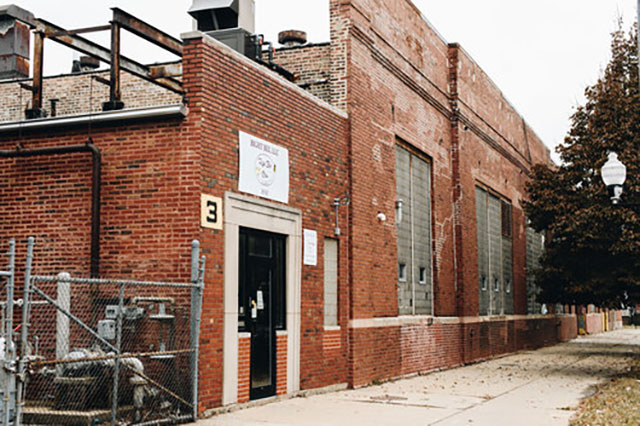 The name is also a pun — a play on the phrase  “right beside her,” which underscores two things. That Katie’s husband is in this thing right there with her. And that it was a drink he made for her several years ago that set this whole crazy, wonderful, delicious thing in motion. Boy makes cider to woo girl. They start a cider business, and he’s right beside her.

“We wanted to open the taproom, because we’re the first cidery in Chicago and we have the production facility but we also want people to be able to come in and be able to enjoy ciders on site,” Katie explains. “We live in the neighborhood, right around the corner from where the cidery is, directly west of Logan Square. My husband and I have always had this idea of – we want (the taproom) to be comfortable. That’s our biggest thing. Cozy and inviting. 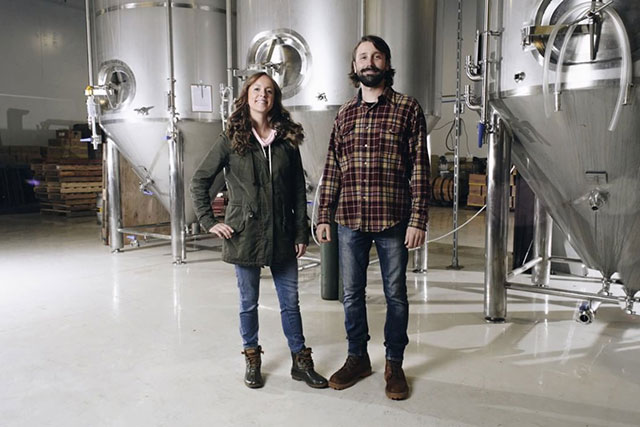 “We’ve always had this image of, like, your grandma’s basement, you know? It’s not particularly ultra-fashionable. But it’s comfortable, and you love it because it feels like home to you. We’re there so much, it already feels like our home.”

A lot, of course, has changed since they launched the business in 2014. For starters, cider has begun to ride a wave a la the craft beer boom. A report published earlier this year by Allied Market Research projected that the cider market globally would grow from almost $11 billion in 2016 to more than $16.2 billion by 2023. Closer to home, Katie and Charlie have watched other cider-based concepts arrive, like Chicago’s first cider bar the Northman, as well as similar ventures like the Eris Brewery and Cider House. 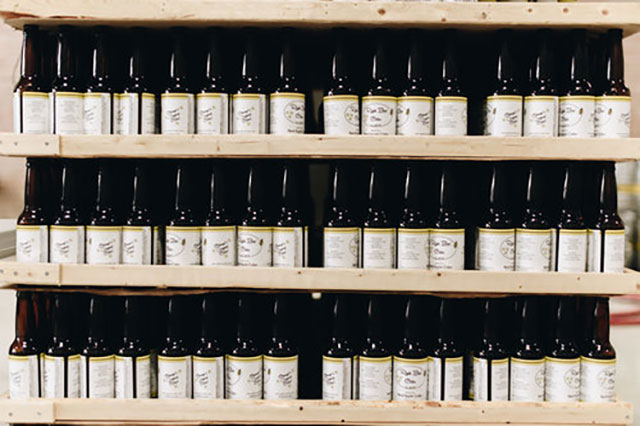 For its part, Right Bee Cider offers semi-dry and dry ciders, drinks with not much sugar in them. They don’t press apples on site, but the fermentation process takes place there, as well as all the bottling and kegging, packaging, delivery, pick up – the works. Opening the taproom will also help them take the business to the next level. It will allow them to sell six-packs out of their building, bottles to go, growlers – and of course, customers can hang out and try different ciders on offer. Like their dry cider, for example, which is really just fermented apples. No back sweetening, no additives of any kind.

“We want cideries to open up on every block here,” Katie said. “Just think how many breweries are here in Chicago and what an awesome collaborative community the craft beer world has here. We’re firm believers in a rising tide lifts all boats. The more people that are exposed to different kinds of ciders, the better it is for everybody.”