Celebrities, inventors, rockstars. Throughout the years, role models in film, sports and the music industry have enjoyed beverages – with and without booze –  and luckily for casual drinkers, bartenders have been working hard on commemorating the memory of thousands of individuals by creating and reinventing cocktails named after famous celebrities of the past.

We’ve compiled a list of cocktails named honorable personalities, which you should definitely try out the next time you’ll be having a chat with a tapster. Other noteworthy personalities like Jimmy John Shark might also be worth reading into.

Most individuals curious about professional golf would undoubtedly recognize the name of this golfer. Besides his fascinating gold career, the legacy of this guy also mentions an iconic cocktail. In order to create it, one usually mixes equal parts of lemonade and unsweetened iced tea. What makes this cocktail so popular is its ease of serving, stylish look, and refreshing taste. Don’t forget that some companies have also released pre-prepared versions of Arnold’s mixture. Impressive.

We wouldn’t dare to compile a list of the best cocktails named after celebrities without the start of the silent film industry. The origins of this drink trace back to the early 20th century, whereas its ingredients comprise sloe gin, lemon juice, and apricot brandy. Having a taste of a cocktail created to commemorate the memory of an iconic movie star far before Hollywood times is always a great option. Don’t forget about an impressive taste that can force you to order a few servings of Charlie Chaplin’s drink.

Here comes another film star who is worthy of mentioning with regard to iconic cocktails. Mary Pickford is widely recognized for her role as “Little Mary,” whereas a drink named after this actress has been on the rise over the last years. It consists of light rum, pineapple juice, grenadine, and maraschino cherry juice.

Don’t forget to shake all those ingredients with bits of ice, alongside serving a drink in a cocktail glass. Have you ever known that Pickford, as a cocktail, was a creation of the Prohibition era? That’s why it is somewhat common to see different variations of a cocktail, including white rum, gin, or cognac, used as the main alcoholic ingredient of this drink. 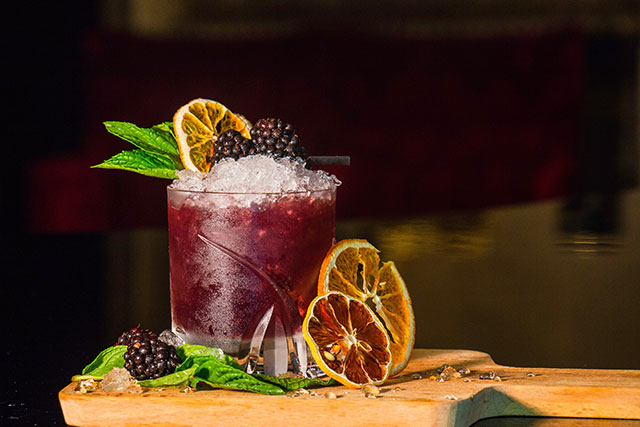 Alright, we’ve already mentioned an iconic mix created to honor Arnold Palmer. But what if we say that this drink is named after another impressive golfer who achieved some enormous results in his field? All you need to do in order to craft it is to add some vodka, which makes a previous version boozier. The good news about this version is that you can add as much vodka as you want. You know, it all depends on the booziness you’re expecting to get from it. Highly recommended!

Shirley Temple is a fascinating addition to our list. The actress herself was a real star in the 1930s, where she was number one box-office draw as a child actress. But what does it really mean in terms of a beverage we’re about to describe? Since Shirley was a child actress back when she attained her popularity, this beverage is a non-alcoholic one.
Once you’re up for enjoying one of the best non-alcoholic beverages with names associated with one of the best child actresses, Shirley Temple is superb. To serve it, just add some splash of grenadine to Sprite, and garnish with some maraschino cherry. Thanks to such a sweet taste of this beverage, it is a great idea to take a sip of this drink.

When it comes to David Bowie, we don’t doubt an enormous contribution of his to the overall development of the music industry. But what if we say that one of the greatest cocktails is named after Ziggy Stardust, a star of Bowie’s fifth studio album? For some Bowie-like vibes, try mixing chocolate liquor with bourbon, alongside adding orange wedge garnished on the top. For even more impressive sensations, try turning on a few tracks from the fifth iconic album, followed by taking a sip or two of Bowie’s alcoholic beverages.

Beau Brummell was an iconic figure during the times of Regency England. Not only was he an arbiter of men’s fashion, but his legacy even included beverages. One of the most popular drinks associated with Beau Brummell to try out is a unique mixture of bourbon, Prunella, orange or pineapple juice, and some sugar shaken with ice. Don’t forget to serve it into a glass and imagine yourself amid the fashion show of Regency England.

For most people aware of the history of Hollywood, Douglas Fairbanks is a real role model. Once you mix Plymouth gin, French vermouth, orange, and lemon peel, you’ll get one of the most refreshing beverages you can ever order in a bar. Don’t hesitate to try out to know what beverages were once associated with people who created the film industry that we cherish today.

3 of the Most Unique Cocktail Bars in Las VegasUncategorized

The Most Popular Non-Alcoholic Drinks For StudentsUncategorized