In New York City, we’re blessed and cursed with the privilege of a new bar opening daily. Some simply survive, some are forgettable, and others, like Nitecap, are worth all of the hype and buzz. Barely two months old, Nitecap is already a ThirstyNYC favorite.

Within the first week, I had the pleasure of pulling up a barstool next to owner Natasha David. A couple weeks later, I returned to Nitecap for the inaugural Thirsty Thursdays gathering. They say it takes 21 days to form a habit, but I was hooked after 21 minutes!

The menu is broken down into eleven sections – one for eating, ten for drinking. Food comes from their upstairs neighbor Shapiro’s and is about uncomplicated as a monochrome Rubik’s Cube. Simple but delicious bites, including Matzo Ball soup, a soft pretzel, and baked artichoke dip. But enough about the food….

Nitecap’s cocktail selection ranges from “five-sip cocktails” in the aptly named Wash It Down section to a selection of bottle/shot pairings in the Shorty Service section (as Natasha says, ‘What’s better than two little glasses…and you’re doublefisting!).

I can almost guarantee you haven’t heard of at least one ingredient in each drink. My advice? Don’t pretend. Tell your more than qualified server what you typically drink and take their suggestions. That’s how I was introduced to the “Criminal Appeal” and I almost immediately fell in love. Fingers crossed the feeling was mutual. 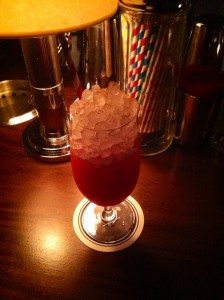 Like most NYC cocktail dens, the menu will change 3-4 times per year; however, Nitecap is literally changing the menu, not just the drinks. Each edition of the menu will be designed by a different local artist and numbered, as a sort of cocktail connoisseur collector’s item. The first edition was designed by local artist Rotem Raffe and includes games, jokes, and tip on “How to Pick Up Ladies & Gents” (for example, “Wink a lot. Like, seizure-time winking. Both men and women love this.). 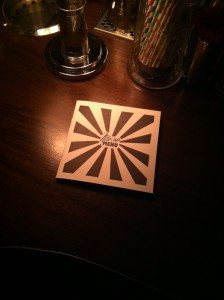 Natasha explained, “its not just a menu, it’s a form of entertainment. We’re very serious, but there’s a sense of humor in everything.”After discovering a Rodney Dangerfield quote on the second page of the menu, I’d have to agree.

Despite unfamiliar ingredients, a potentially overwhelming cocktail selection, and a collector’s edition menu, Natasha and her partners David Kaplan and Alex Day have created a space as welcoming as your best friend’s den with cocktail just a bit better* than what you might shake up after MacGyver-ing your way into the locked liquor cabinet.

If you’re stopping by with friends, be sure to check out their Honor Bar. There’s a bottle, a ruler, a handshake…just trust me. 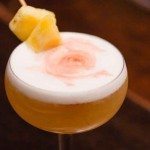 Drink of the Week: Virtue & Vice at Sons of EssexDrink This Now, Features 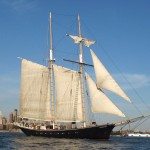 All Aboard Manhattan By Sail for Booze, Cruise and City ViewsFeatures