Written by Jan Warren for thirstymag

Daiquiris. We just celebrated National Daiquiri Day on Sunday, July 19th (did you?) We love them. So much so that my favorite cocktail term “Snaiquiri” (coined by Karin Stanley during a fit of sobriety-  and nowhere near a Daiquiri, she promises – and meaning, to my understanding, the first of two daiquiris, drunk quickly, while the second is savored) is being used industry-wide.

From Bar La Florida in Havana to the craft cocktail bar near you, with a stop in between at Wet Willies in Miami, everyone is within reach of one of these delicious drinks. You might prefer the dry and acerbic Papa Doble, if you are a suicidal literary type, or a Crawgator from Fat Tuesdays if the French Quarter is all the New Orleans you want to see.

The daiquiri drink has morphed from a simple concoction of lime, sugar, and rum (we have Jennings Cox and his lack of gin – so the story goes – to thank, along with the island nation of Cuba) into the myriad versions we see on Daiquiri Factory menus, some without a drop of that good Cuban stuff.

Since this drink is beloved by all, from the dour and looming cocktail bartender, resplendent in vest and jigger tattoos, to the late teenage spring breaker decked out in bikini top, jorts, and flip flops, I thought I’d ask some of our favorite bartenders for their preferred recipes, with some room to play around.

We should, however, start with this classic, clean, and simple version I learned in the Sasha Petraske bar family: (Milk & Honey, Little Branch, Dutch Kills)

He likes using Plantation Three Star because of its banana and vanilla notes, coupled with that funky Jamaican backbone.

Chris Lowder over at The Nomad likes this split base version, called a Pineapple Express:

He says the Flor de Cana keeps it clean and light while the Rhum JM Gold and pineapple meld to create beautiful, under-ripe tropical fruit flavors… 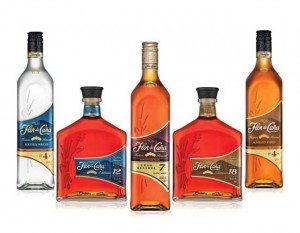 The inimitable Tim Cooper from Bar D’Eau and Sweetwater Social (and the 86 Co., so he’s obligated to use his own rum and I am obligated to shill for it, because, let’s face it, all involved are bartender heroes and they’ve made some fine juice, and everyone knows that Tim is one of the best dudes in the business) makes a great Cuba Libre/Daiquiri hybrid called a Best of Both:

Tim likes using the Cana Brava because it is an authentic Carta Blanca style rum, which is what was used in the classic Daiquiri and Cuba Libre, as it lends its crisp elegance to this drink.

Last but not least, Danny Neff over at Holiday Cocktail Lounge, likes this incredibly simple version for its brightness and funk. He also enjoys the fact that one of the best new distilleries in the US is making it on his home turf, the west coast.

Chris Lowder Daiquiri Danny Neff Ford's Gin Hemingway Daiquiri Holiday Cocktail Lounge Milk and Honey Papa Doble Sasha Petraske Sweetwater Social The 86 Co. The NoMad Bar Tim Cooper
Daiq Attack!: The Best Daiquiri Recipes from Top Mixologists2015-07-202016-08-23https://thirstymag.com/wp-content/uploads/2016/04/thirsty-nyc-logo-1.pngthirsty.https://d2rf0detuhmti.cloudfront.net/wp-content/uploads/2015/07/the-best-daiquiri-recipes.jpg200px200px
About
Tara Fougner
Co-Founder of thirsty, Tara Fougner has over over 15 years of industry experience and a passion for the global beverage community. One might think that Tara was destined for beverage media as her great-grandfather, G. Selmer Fougner, is credited by David Wondrich as being "America's First Drinks Writer." A lifelong New Yorker, you can usually find her hunkered down on some barstool around the world chatting up the bar crew about their beverage program and endlessly taking pictures of drinks for the 'gram. In 2020, Tara was honored by Drinks International on their 'Top 100 Most Influential In the World' List. 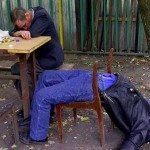 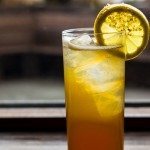 Drink of the Week: Flawless Victory at Montana’s Trail HouseDrink This Now, Features