When Death & Coburst onto the scene in New York City’s East Village more than thirteen years ago, the establishment was helmed by the unrivaled talent behind the bar, a group that pushed the art of cocktail creation to a new level. Now after expanding with a second location in Denver, the Death & Co family, including David Kaplan, Alex Day, Ravi DeRossi and Devon Tarby, brings that same approach to robust, inventive drinks and culinary program at its new subterranean residence in the heart of Los Angeles’ burgeoning Arts District.

Death & Co Los Angeles features two unique hospitality experiences encompassed in an environment that is reminiscent of the original bar. Upon entering the building, guests head down a flight of stairs to the basement level and are immediately transported to a moody, windowless refuge from the bustling streets outside. They first encounter Standing Room, a sleek walk-up bar with a focused menu of just eight cocktails. Operating on a first-come, first-served basis, Standing Room accommodates just 30 people at a time, and, although the bar provides a singular experience of its own, it is partly designed to be the pre-Death &Co experience. 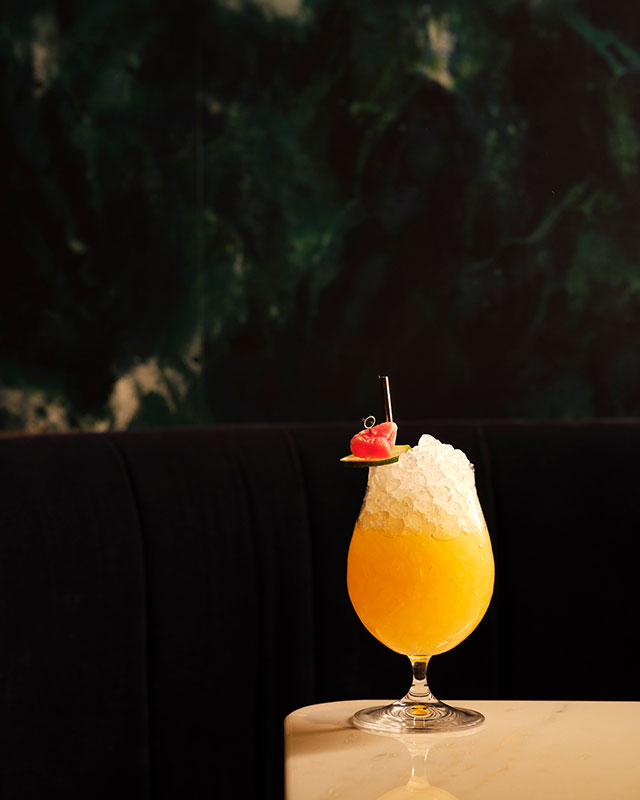 Featuring familiar and straightforward flavor combinations, the menu at Standing Room allows guests to grab a quick drink while they wait for their table in the next room over, or cap off the night if their evening is winding down. Standout cocktails include the Rhum Sour made with Clairin, key lime and Piloncilo, the Kingston Americano made with Campari, Overproof Jamaican Rum and DT’s grapefruit soda and the classic Highball made with Japanese Whisky, shiso, pear and fizz.

Down a corridor past Standing Room lives the main Death & Co bar – the vivid focal point of the room with cascading liquor steps, outfitted with 15 seats, and surrounded by deep-hued banquettes, tables, and nooks. Taking inspiration from previous locations while working to create a new expression of the Death & Co brand, design partner AAmp Studio seamlessly integrates rich colors, textures, and elaborate millwork throughout the space, resulting in a classic yet playful ambiance, and one that evokes a sense of discovery. 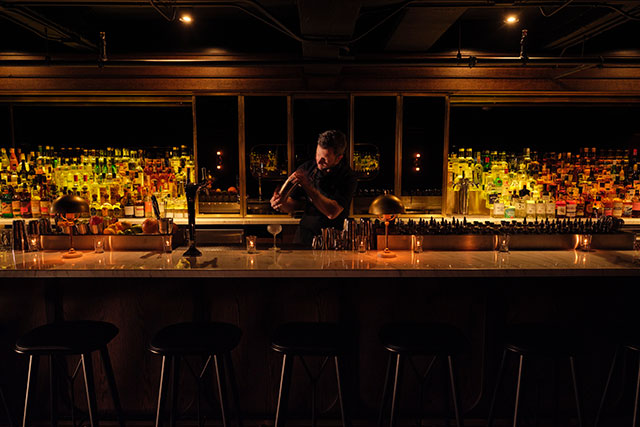 The Death & Co cocktail menu, led and developed by Beverage Director, Tyson Buhler, and Head Bartender, Matthew Belanger, features an original list of 25 cocktails that rotate seasonally and are presented in a colorful, imaginative tome, chockful of libations organized by drink profile.  Death & Co’s aim is to ensure that there is something for everyone – from simple and understandable riffs to the more avant-garde creations, to low-ABV and no-ABV options. Highlights include the Water-Tiger made with Suntory Roku Gin, Dewazakura “Tobiroku” Sparkling Sake, honeydew, Bianco Vermouth and verjus, the Year Of The Trees made with Knob Creek 100pf Bourbon, Mezcal, Amaro Nonino, Sarsaparilla and angostura, the Tradewinds made with Cimarron Reposado Tequila, 8yo Apple Brandy, Garam Masala, apricot and lemon and the City Clube made with Capurro Acholado Pisco, Basil Eau de Vie, Strawberry, dry vermouth and egg white.

“In terms of the comprehensive drinks experience, the team took inspiration not only from the agricultural bounty of Southern California but also the incredible diversity of spirits available in the state,” says Belanger. “Some of our favorite craft distilleries are based on the west coast, like St. George Spirits in Alameda, as well as Clear Creek Distillery in Oregon, and through our development process we discovered a number of new California-based producers as well, like Oakland Spirits Company. With all those inspirations in mind we tried to create a fun, accessible menu that reflects the diverse flavors and cultural influences that make up the Los Angeles culinary landscape.” 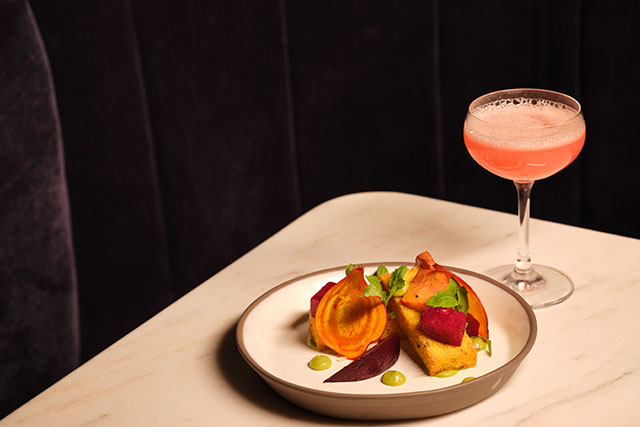 “We’ve always believed that what makes the Death & Co brand special is more than just our little bar in the East Village,” says Death & Co Co-Owner, David Kaplan. “Death & Co has resonated so well with our guests because it serves cocktails with passion and attentive hospitality in a uniquely democratic setting. Death & Co LA is an evolution from where we began years ago, and we couldn’t be more excited to bring that energy to L.A.’s already thriving food and drink scene.”

Drink Your Way Around The World With Global Bazaar Flight At Gate: Bar CentroFeatures

8 Bars & Restaurants To Support In L.A. During Women’s History MonthFeatures