For Steve Schneider, thinking about one’s death holds more weight than most. To quote his recent work with Bacardi: The Untameable Series,

Long before Steve rose to be Principal Bartender of New York’s own, Employees Only, before he starred in the documentary Hey Bartender, before he helped lead that same establishment to the World’s Best Bar of 2011 at Tales of the Cocktail, before he won multiple cocktail competitions all over the world, Steve Schneider almost met his end on the other side of the stick. Praise our fellow Patron God of Drink Dionysus that was not allowed to happen. Accordingly, while he’s still residing on our mortal plain, slinging spirits fit for the gods, I think it’s time we revisit the subject of mortality.

If you could serve any one person living or dead who would it be?

What dead bartending tradition or method would you most like to see resurrected?

I actually don’t give a single shit what other bartenders do at their bars. If I like something and it works for me, my bar’s concept and my guests, then I’ll do it. With that said, put a gun to my head and I’ll say the world needs more really good, bad ass, free-pouring bartenders.

If you were given a choice where you could reside, which land eternal do you want to sling drinks in? {Heaven, Hell, Valhalla, Olympus, Hades, Valinor, etc} Why?

After an intense game of Eenie-Meanie-Minee-Mo, Olympus was the winner, but honestly, I’d take whichever one pays the most, has the hottest chicks, and the least amount of douchebags.

Honestly, that’s all any barman could hope for.  If you could raise any last glass before the big sleep, what would it be?

Easy, refreshing, and flavorful stuff is my bag. Basil Smashes, Daiquiris and Caipirinhas all make me a happy man. So, as personal preference for cocktails, my overall favorite would be a Mezcal Margarita with a pinch of salt.

Add all the ingredients to a mixing glass. Add ice, shake, and strain over fresh ice in an Old Fashioned glass. Garnish with a lime wheel.

Lastly, I’ll take a nice, smokey Highland Park 18yr Single Malt Scotch neat and a cold Pilsner to see me to Olympus, or whatever afterlife meets my aforementioned criteria.

While you’re still kickin’, you have anything in the works or anything you want us to know about?

I’m still kickin’ and my plan to live forever has been working…so far.  In the meantime, the brothers and I have been crushing it at EO, making people happy, good hard work, the whole nine. Most recently, literally weeks ago, after years of saving money and working my ass off, I bought two bars in one day. Yes, that’s true.  However, I can’t disclose anymore information until the ink dries on the contract, but believe me, big things are coming and they will be very far away from home.

You’ll be amongst the first to know when the news can officially break..

While Steve’s plan to live forever is still intact, you can follow him on Twitter @schneideysense or on his site www.schneideyshow.com

We’re back and we are talking shit about “the younger generation” of hospitality workers. 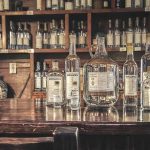 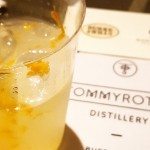