Delicious Apple Cocktails From Around The Country to Try Now

They say an “an apple a day keeps the doctor away,” but we are more the “a cocktail a day is how we play” types. Luckily this fall, bars are barrels full of creative apple cocktails. After all, what else could everyone do with the bushels picked all fall long – and splashed all over Instagram?

Some spiced, some sweet, check out these fruit-infused cocktails from four different cities around the country. 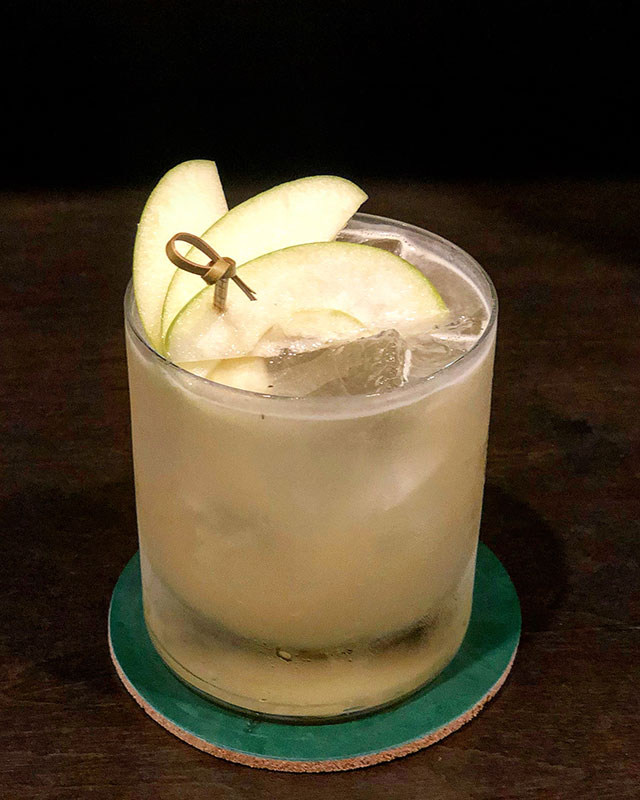 Madeira Cobbler at The Gage 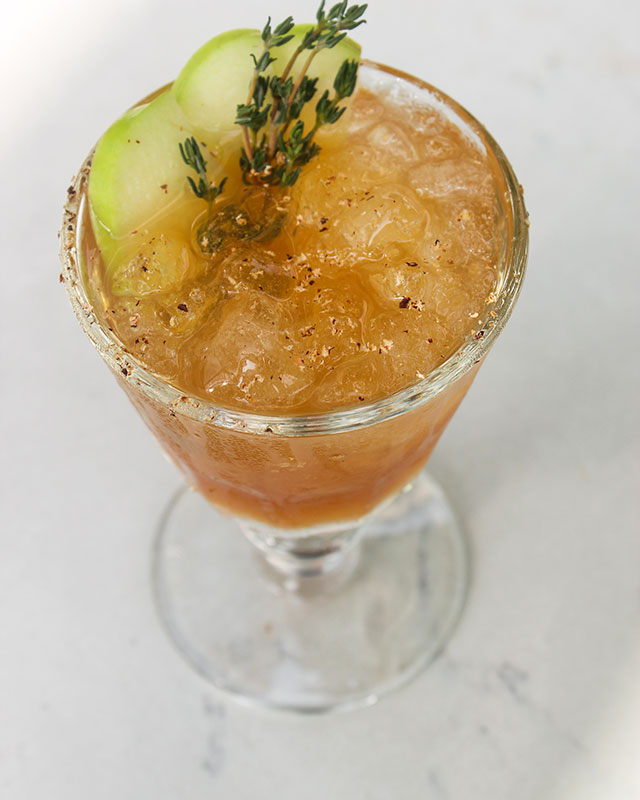 The Gage in Chicago takes its name from the architecturally significant Gage Group of buildings constructed in the late 1800s and now historically landmarked. At this iconic hangout, check out the Madeira Cobbler cocktail, created by beverage director Torrence O’Haire. The low ABV, easy-sipping cocktail cobbler is made with 5yr Bual Madeira, pineapple cordial, Gravenstein Apple, thyme and nutmeg for a light, sweet and fruity finish with complex nutty notes. 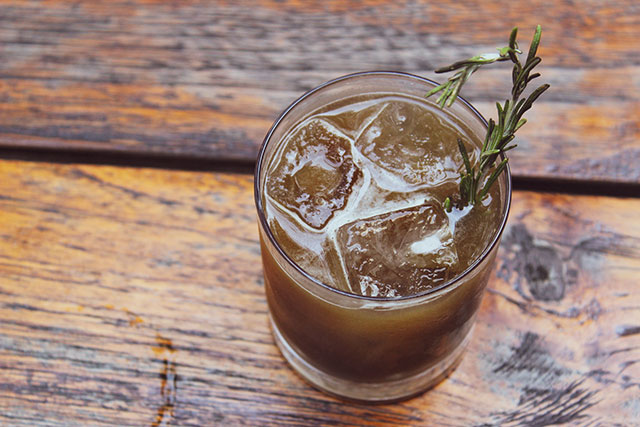 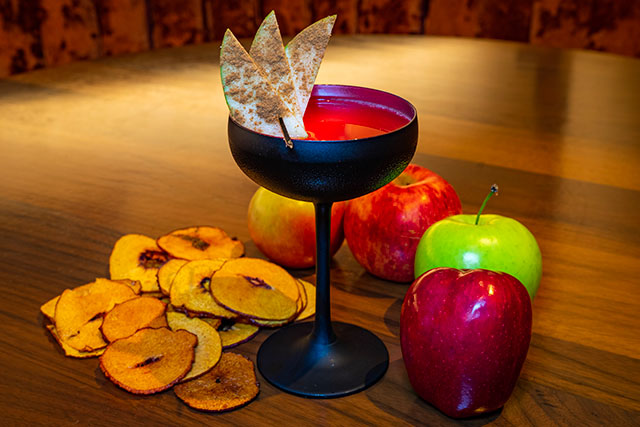 Despite being in the desert, experience all the fall feels with the Johnny Apple Sips cocktail at Greene St. Kitchen at PALMS Casino Resort. Created by master intoxicologist Eric Hobbie, the sweet treat is made with Calvados, lemon juice, orgeat and Aperol, garnished with dehydrated apple slices.

Anejo and Apple at Sushi Roku 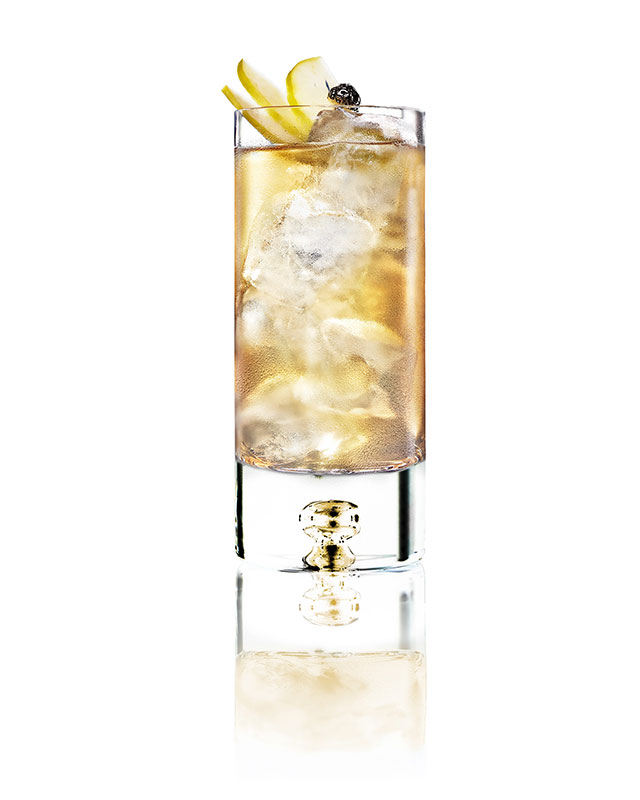 Located in The Forum Shops at Caesars, Sushi Roku Las Vegas serves up more than just stylish sushi with views of The Strip. This fall, sip their Anejo and Apple cocktail made with DeLeón Anejo, sparkling apple juice, Angostura bitters and garnished with an apple slice. 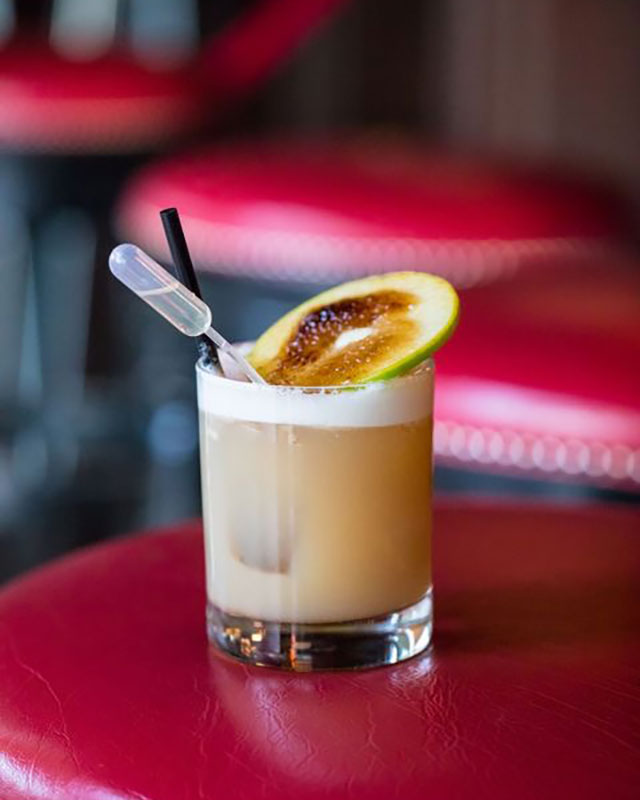 Get your dessert on in drink form with the Apple Pie Harvest cocktail at Downtown Container Park’s hotspot Oak & Ivy. The pastry-inspired sweet treat is made with Clyde Mays, Bar Keep apple bitters, butter, caramelized brown sugar and allspice dram. 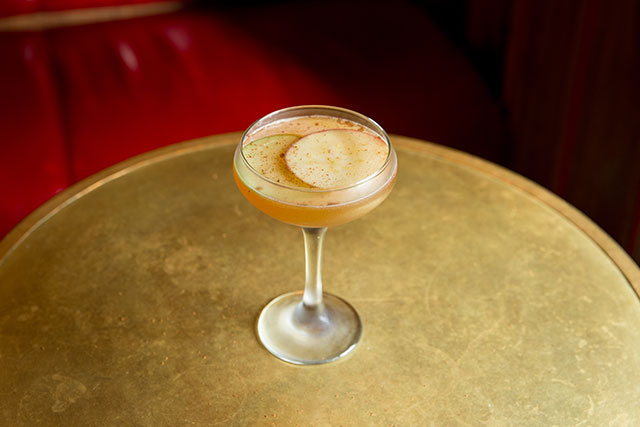 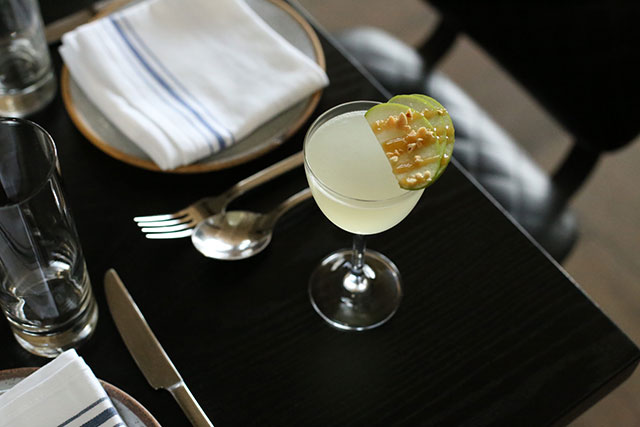 This fall, get cozy with Norah’s Carmel Apple Martini. The stylish sipper is made simply with vodka, apple liqueur then garnished with apple slices drizzled in caramel and topped with crushed peanuts. 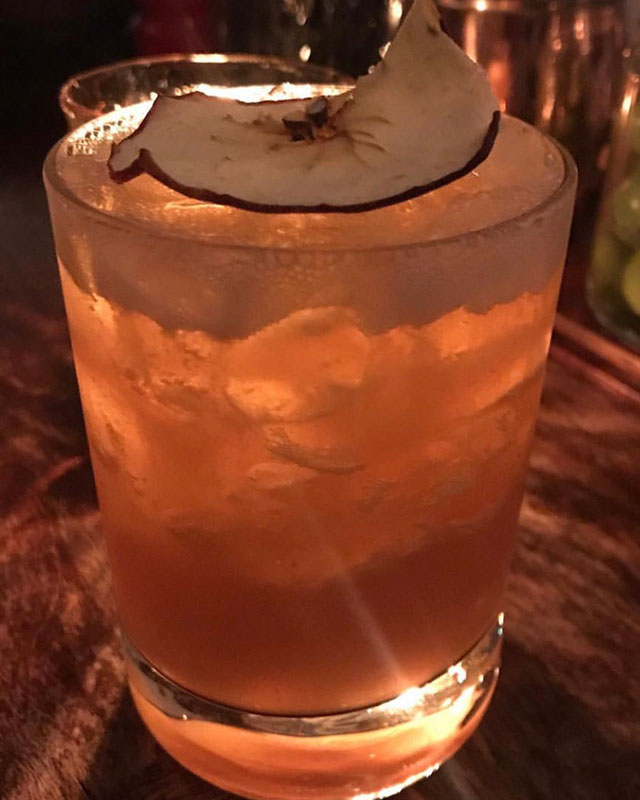 Bar Chloe is hands down one of the best cocktail bars in Santa Monica. A stone’s throw from the beach and Third Street Promenade, the low-lit bar is adorned with chandeliers and candles but offers a laid back seat yourself policy. More welcoming than many of Santa Monica’s “exclusive” hotel bars, have the bartender mix up the Cabin Fever this fall. The well-balanced cocktail is made with Rittenhouse Rye, apple, sour orange, ginger and old fashioned bitters. 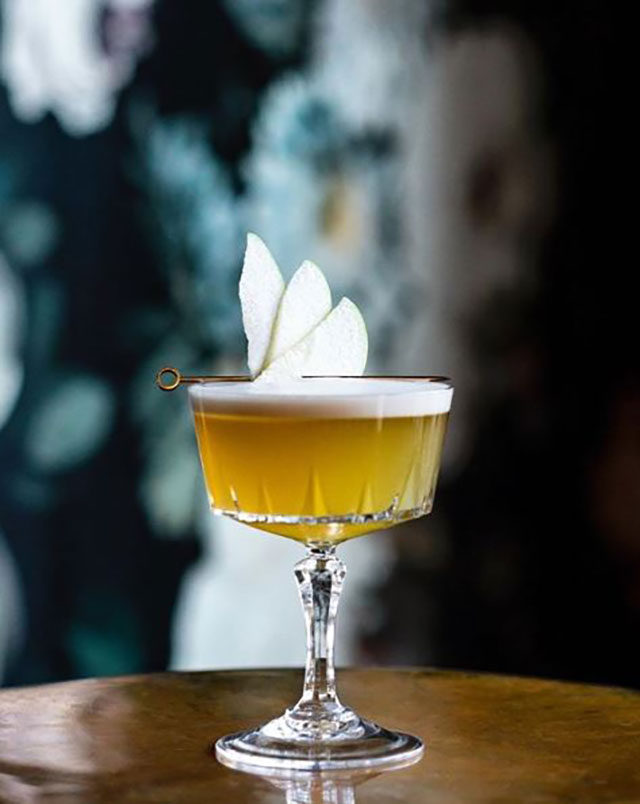 Before gearing up for their annual Blitzen’s Holiday pop-up, Here & Now in the DTLA Arts District is staying true to fall. Their Maestra cocktail is made with Bacardi 8 Rum, Laird’s Apple Brandy, green apple, lemon, egg white and soda.

Bobbing for Apple at Katana 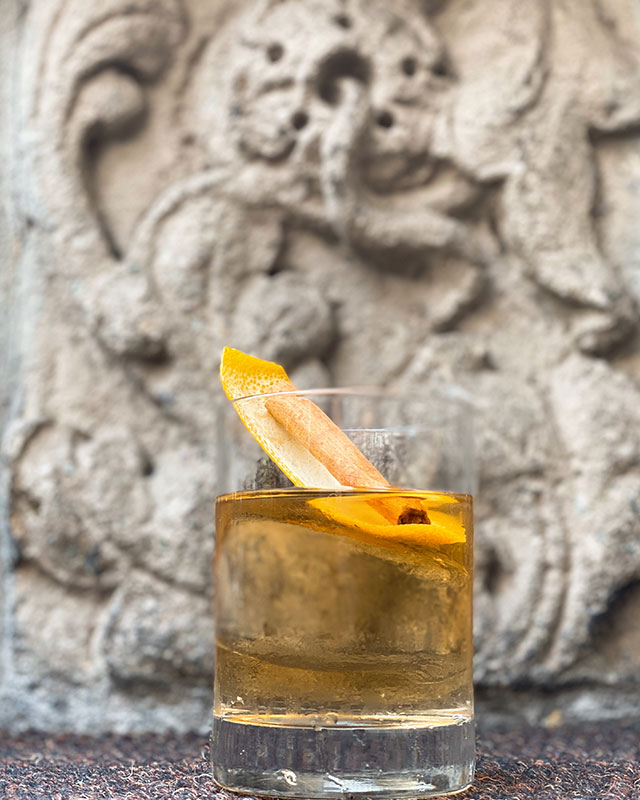 Way more fun than the old school game, Katana’s Bobbing For Apples cocktail is made with Rittenhouse Rye Whiskey, Lairds’ Apple Brandy, demerara syrup, angostura bitters, orange bitters and garnished with a dehydrated apple slice and cinnamon stick dipped in 151 so it smokes when it lit.

Fall Into Me at The Godfrey Hotel 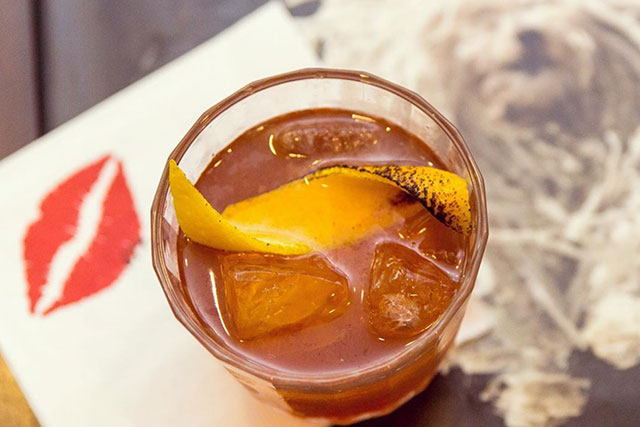 The Godfrey Hotel is among the newest and most stylish boutique Boston hotels. At the lobby car, indulge in the autumn-inspired Fall Into Me made with vodka, apple cider, falernum and cinnamon. 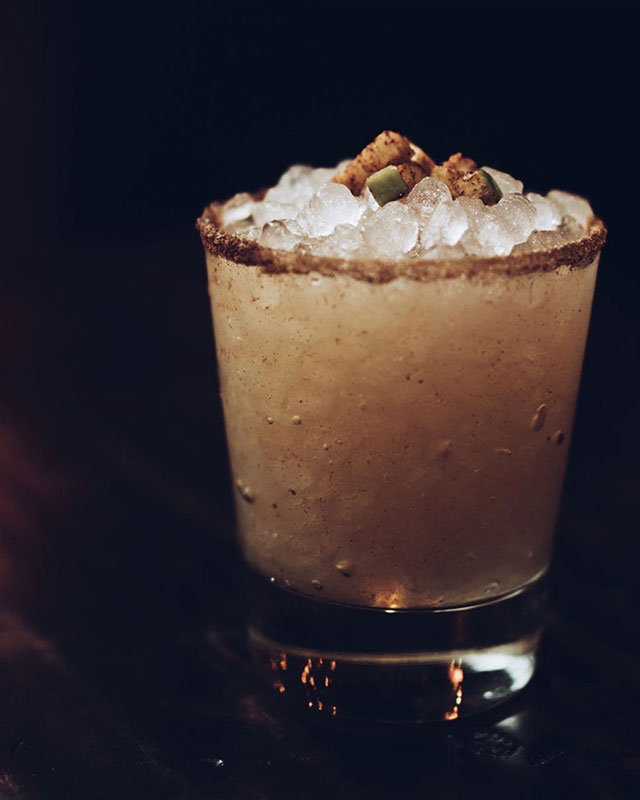 Lolita Mexican Restaurant & Tequila Bar is a local Beantown favorite known for its creative tequila cocktails. The Fort Point location is serving up the Spiced Apple Margarita this season made with Reposado tequila, peach, muddled apple, cinnamon and lime for a strong cocktail with apple pie flavor.

How About Dem Apples at Noir Bar 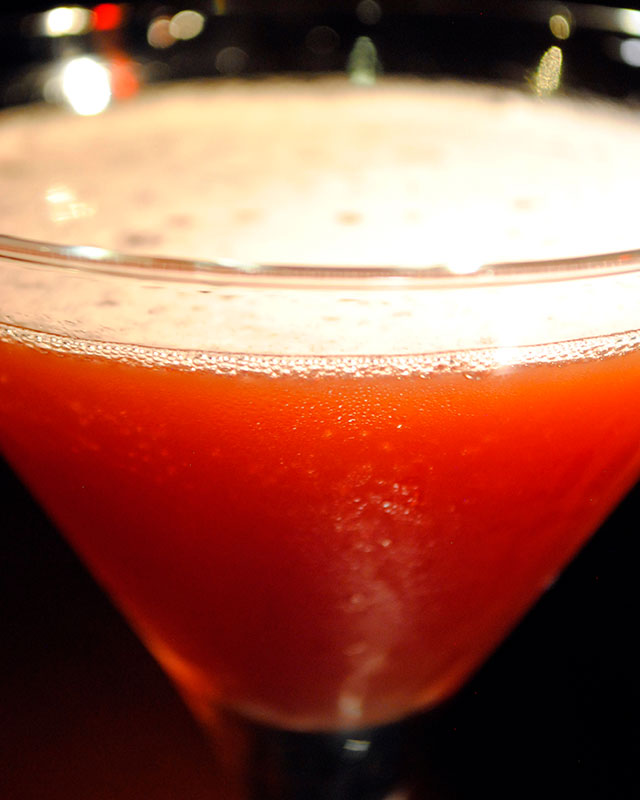 Inside the sultry Noir Bar inside the Charles Hotel Cambridge, the cocktails are named after some of the very best in film. Snatched from the famous line from Harvard set Good Will Hunting, the How Bout Them Apples is made with bourbon, crème de cassis, lemon juice, apple cider and angostura bitters. (P.S., we are all about it).

Rise And Shine With These 5 Breakfast Inspired Cocktails In L.A.Features