Hakkasan is a globetrotter. From London to Mumbai, Shanghai to New York, Hakkasan has brought with it an eye for luxury, a taste for Cantonese cuisine, and a penchant for cocktails and nightlife. With a focus on the latter, they’ve created Ling Ling as well, a nightclub outpost of the Hakkasan restaurant, with locations in London, Mykonos, and Marrakesh. To celebrate, Hakkasan has introduced the Evolution of Ling Ling cocktail flight, which commemorates and reflects the unique heritage of Hakkasan and of Ling Ling: Cantonese via England, Greece and Morocco. And now, New York City.

The Evolution of Ling Ling is a pairing of three cocktails and three dim sum bites, all with a common ancestry but each with its own distinctive character, inspired by its country of origin.

The Bitter Fortune is the original, created fifteen years ago at the first Ling Ling bar at Hanway Place in London, and as such, was built around Tanquery No. 10 gin, and you can understand why. Gin provides a soft underpinning of each drink, staying strong but flexible, allowing the other flavors and notes –Aperol, peach bitters, and pink grapefruit – to flourish.

These flavors are present in all drinks, but as it moves through Mykonos as the Golden Mare and through Marrakesh as the Chilli Coupette, it builds upon itself. From the Greek islands come hints of rosemary and basil and anise, and from Morocco cardamom, chili and mint.

While the cocktail flight pairing is only available through tomorrow (Wednesday, August 31st), you still need to check out the drinks at this Midtown restaurant. Stat.

Complexity in a cocktail can be a risk, but these drinks provide the return. Citrus and spice balanced with bitterness and booze, and each drink stands on its own while complementing the others. Hakkasan, in Hell’s Kitchen, is just around the corner, but there’s a wealth of worldly knowledge waiting for you in the Ling Ling Lounge.

Cantonese dim sum Greek Ling Ling Moroccan Pairings
[Alert] – Dim Sum & Cocktail Pairing at Hakkasan’s Ling Ling2016-08-302016-08-30https://thirstymag.com/wp-content/uploads/2016/04/thirsty-nyc-logo-1.pngthirsty.https://thirstymag.com/wp-content/uploads/2016/08/cocktail-pairings-hakkasan.jpg200px200px
About
John Chamberlain
John Chamberlain has done a lot of walking, and by walking he means bar crawling. As an aspiring bar owner, he can't think of a better place for research than New York City. If you see him reading a book at the bar, feel free to interrupt. Follow his IG-worthy adventures @thebartographer. 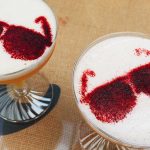 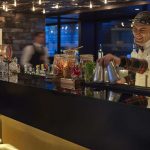