A Dreamy Journey Through an Undulating Rainbow 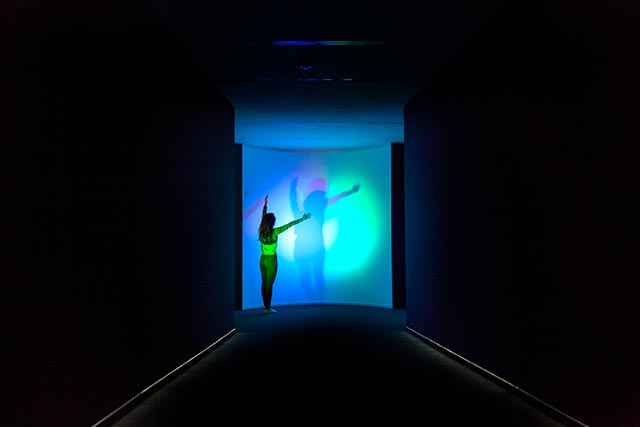 Open the doors to the Oakland Museum of California (OMCA)’s Great Hall and you are enveloped in near-total darkness: a wide tunnel-like walkway with a pulsating color show glimmering on a screen at the opposite end. It’s a little daunting, this darkness, but then you notice the soft hum of ambient sound filling the space, a meditative force propelling you forward. So you walk to the end of the hall and round the corner. 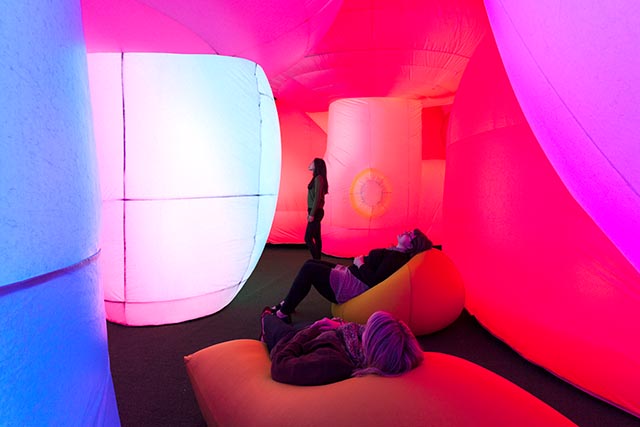 In the next room lives “the creature” — a massive, bubbly cluster of inflated globes and cylinders, filling the darkened room with changing technicolor lights radiating into the sculpture’s extended nubs and limbs. It’s like a massive conglomeration of melted gumdrops; every color is visible at once and each hue slowly slips into the next, creating a pulsating rainbow that’s somehow both exhilarating and oh-so-calming. 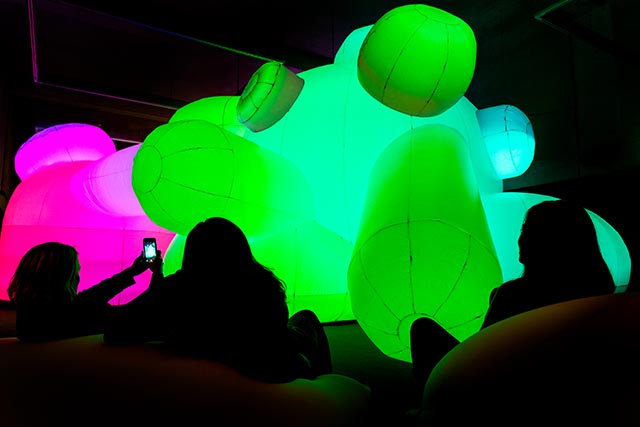 This is “Nature’s Gift: Humans, Friends and the Unknown,” a 55-foot-long mass of blown-up nylon tubes, all illuminated from within by an LED light system, brought to you by Los Angeles–based artists Samuel Borkson and Arturo Sandoval, who together make up the collaborative FriendsWithYou, known for their large-scale interactive soft-sculpture and public-art installations.

It’s almost enough just to watch this otherworldly sculpture wax and wane, and surrounding the piece, you will find a variety of ways to do that: hammocks, cushy green beanbags, a circular pillowed oasis called a “nurturing forest.” But “Nature’s Gift” isn’t just for contemplating: You can walk right up and touch it. Or, better yet, go traipsing through the tunnels and arches formed by the piece’s intertwined parts, which take you on a soft, maze-like adventure through its core and into another world. 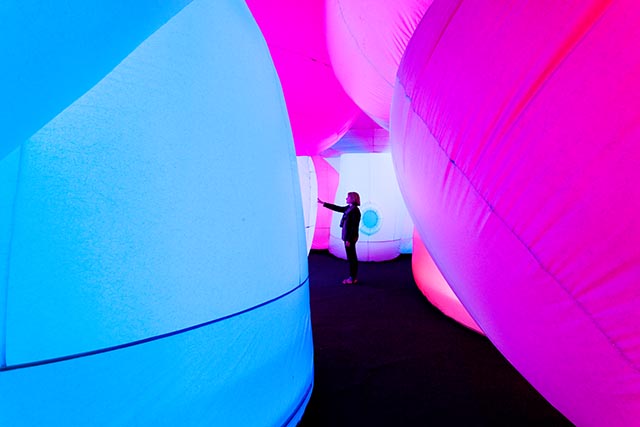 This dreamy, surrealistic journey is at the heart of FriendsWithYou’s mission in creating “Nature’s Gift.” The creature, as they call it, is an “abstract take on mixing human, plant, and a metaphysical unknown.”

As Borkson told Per La Mente, “It’s this abstract shape that’s representative of the melding of everything to get closer to that all-becomes-one idea. The sound, the space, and the shapes bring you in together.” 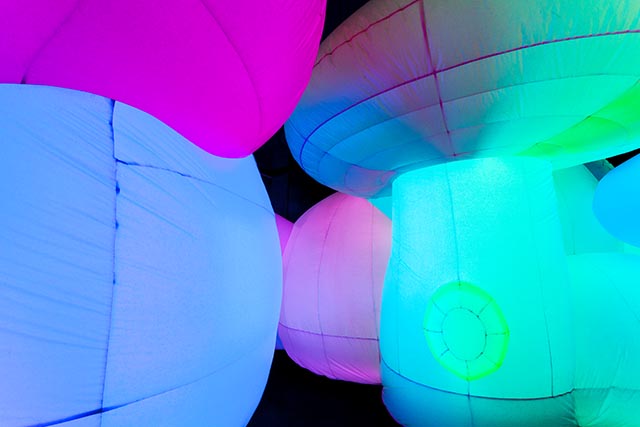 Indeed, the effect of the undulating rainbow sculpture, whose inflation system gives it the effect of breathing, is heightened by the languidly uplifting music playing in the background. That music was produced by a longtime FriendsWithYou collaborator, Norman Bambi, using sounds that Borkson and Sandoval selected from the OMCA’s sound library. 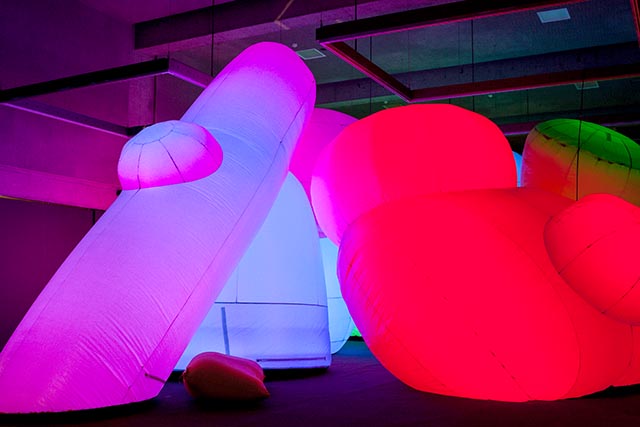 “It’s made to induce this meditative, transcendental state that takes the air out of the space and makes it an active participant,” Borkson said. “It melds humans into the piece.”

Creating an interactive, communal experience is a hallmark of the artists’ work. The duo’s pieces have been featured all over the world, from New York to South Korea, but this one, commissioned by OMCA, is the first thing they’ve done on such a scale.

But the size matches the mission: to bring joy in difficult times. “A lot of contemporary art is about feeling catharsis,” Borkson said. “It’s seeing that the artist is struggling so you can feel better. But what we’re trying to do is the opposite. We’re trying to heal with something that is light and love… something that makes you feel good but you don’t know why. Through color therapy, and experiential and communal gatherings.”

During the piece’s three-and-a-half-month stay at the museum, OMCA will host a series of interactive events in relation to it, including group meditations, yoga, and DJ nights. The idea is to foster as many interactions within the space as possible. But on its own, the installation naturally cultivates that kind of cohesion. Journeying through the creature’s technicolor core is a moving meditation in which every surging curve is a chance to encounter someone or something new — a human gift sent from the unknown.

If you enjoy this see more at www.perlamente.com

All images courtesy of the Oakland Museum of California 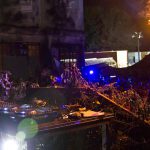 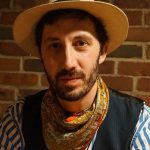