Two badass award-winning bartenders from top London bars, Kelsey Ramage (Dandelyan) and Iain Griffiths (Mr. Lyan), are aiming to show you how to drink trash and love it. The duo created the Trash Tiki concept, an acclaimed anti-waste cocktail initiative that made its North American debut at Tales of the Cocktail, as a means to bring awareness to waste reduction and sustainability in the bar industry. 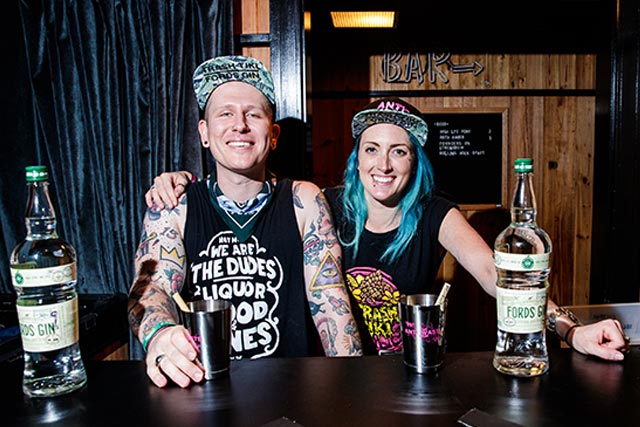 Touring 10 cities over two months, Trash Tiki will bring to light the products that are being wasted every day rather than used to their fullest potential, opening up a larger conversation on sustainability in the bar industry.

Having recently completed the hugely successful WastED London pop-up as beverage directors alongside Chef Dan Barber, Ramage and Griffiths began the side project in late 2016 as a pop-up experience and online platform to address the issue of mass consumption the booming craft cocktail culture has created. Trash Tiki is a way for bars and consumers to experience first-hand how to create a more environmentally minded bar program while imbibing innovate twists on tiki classics. 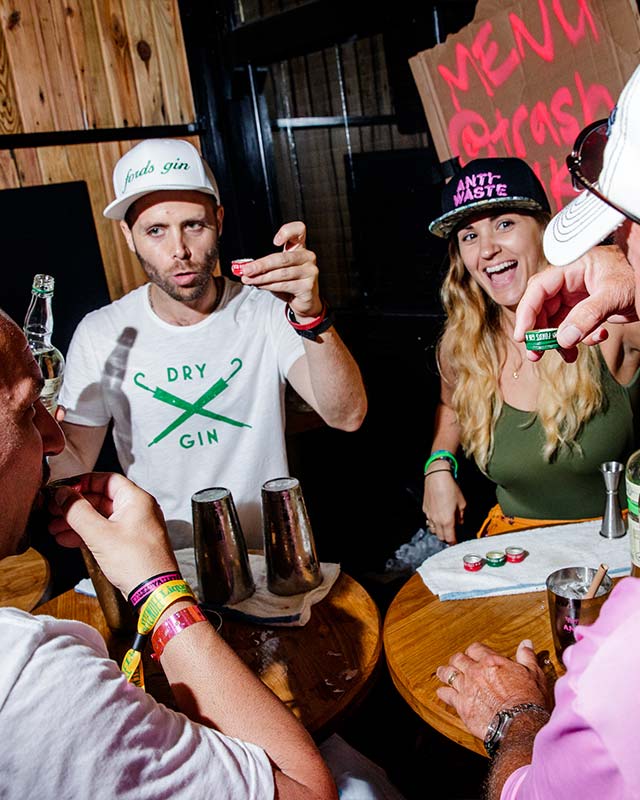 “We had a firsthand look at what the craft cocktail community was throwing away on a daily basis and realized that too many bars believe that it’s too big of a problem to turn around,” said Kelsey Ramage, co-founder of Trash Tiki. “We wanted to prove that you do not need to be an extreme eco-warrior to do something about it. It’s about making small, easy changes while at the same time showing that you can still be loud, fast, and fun while making good drinks that don’t mess up the planet.” 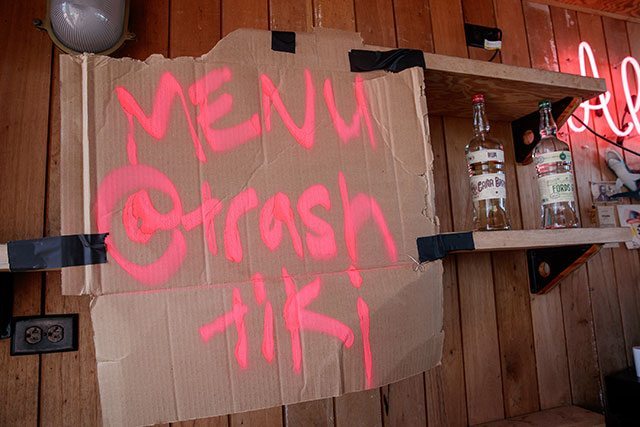 It’s about making small, easy changes while at the same time showing that you can still be loud, fast, and fun while making good drinks that don’t mess up the planet.” Simon Ford, co-founder of Fords Gin added, “The hospitality world often focuses on chefs and their non-waste practices. Kelsey and Iain are showing how the bartender community are an integral part of the larger sustainability conversation while also acting as a catalyst that will encourage more in the industry to do their part.” 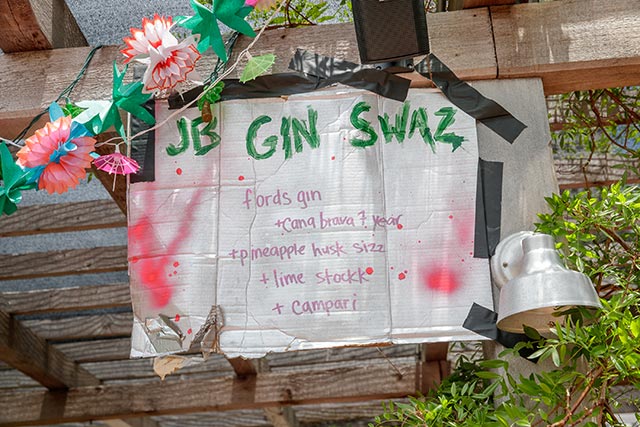 A shared mindset with the Trash Tiki founders led Fords Gin to this collaboration. Striving to be sustainable in business whenever possible, Fords Gin reduces its carbon footprint by shipping its gin in bulk to Northern California where it is cut and bottled. Furthermore, the Fords Gin bottle was developed with re-use in mind featuring easily removable labels and a scale for bartenders to batch cocktails, juices or syrups. 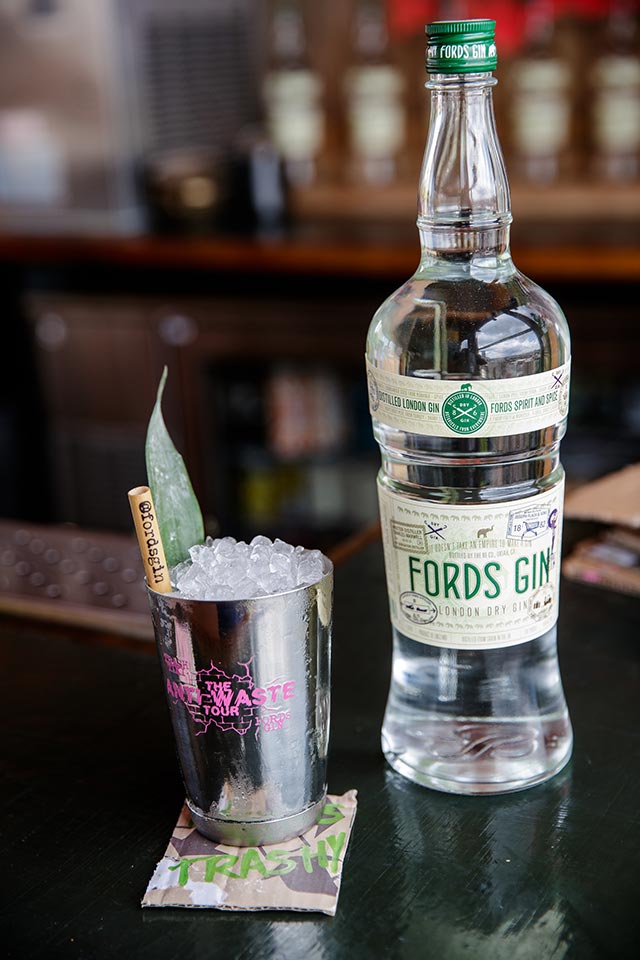 During the tour, guests will sip tiki drinks created from unsold ingredients, by-products and other raw materials destined for the trash. From ramen joints to pristine hotel bars, the tour will showcase how the waste of different cultures and cuisines actually yield drinkable flavors and ingredients. In addition, as the most versatile gin on the market, Fords Gin teamed up with the duo to cement gin’s place in tiki cocktail culture.

Let’s drink like trash and do our part for the planet!

The dates, which are subject to change, include: 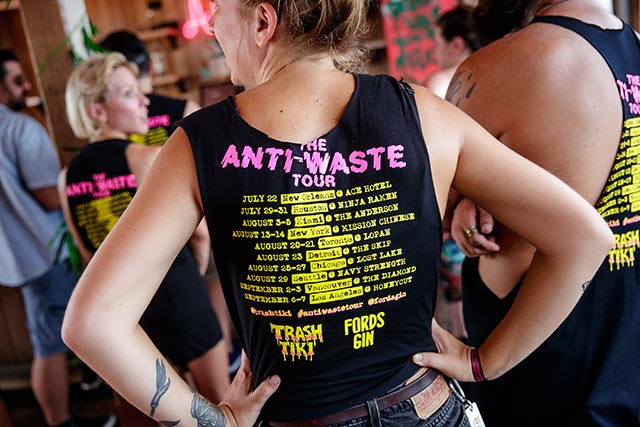 Eco-Friendly Event Series Tiki
Drink Garbage with the Trash Tiki Anti-Waste Tour2017-08-112017-08-11https://thirstymag.com/wp-content/uploads/2016/04/thirsty-nyc-logo-1.pngthirsty.https://thirstymag.com/wp-content/uploads/2017/08/drink-garbage-with-the-trash-tiki-anti-waste-tour-featured.jpg200px200px
About
Tara Fougner
Tara has a deep passion for all things in the drinks world, but does not care for writing bios. One might think that Tara was destined for beverage media as her great-grandfather, G. Selmer Fougner, is credited by David Wondrich as being "America's First Drinks Writer." The self-proclaimed "biggest bar superfan" of the Thirsty crew, Tara became a founding Partner of Thirsty after working in the beverage & hospitality industry for over 15 years. A lifelong New Yorker, you can usually find her hunkered down on some barstool around the world chatting up the bartender about their menu and endlessly taking pictures of drinks for the 'gram.
Drink Recipes
FEATURES
Copyright All Rights Reserved © 2017 Thirsty Media Inc. 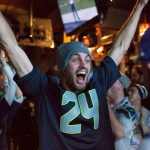 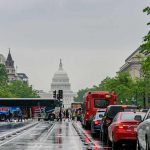 The New Yorker’s Guide to Drinking in Washington DCFeatures