A Drink With Mark Winkel, Who Provides Connections Through Unexpected Events

Cocktails with Creators: An autumnal twist on a classic drink and an intimate chat on connectivity in New York City nightlife. 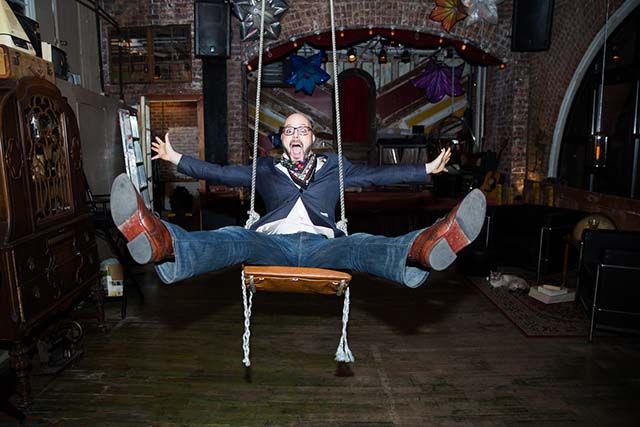 We arrived at Mark Winkel’s DUMBO studio just as night was falling — he insisted that evening is when his space comes to life, and he was correct. The entryway was glowing, and huge cartoonish flower-shaped lights suspended from the ceiling set the mood. Across the room, a stage set with twinkling lights looked ready to host, well, just about anything. Mark’s rescue cat from Puerto Rico inadvertently played the piano for us at one moment, and later, we talked Mark into taking a spin on the swing hanging from the ceiling. At once homey and performative, this space was designed to excite and inspire.

Mark is an events producer, and his home has been the setting for many of his unusual parties. But it’s never been only about spectacle. Mark is much more interested in creating environments where people feel encouraged to have intimate conversations — which is just what we had over an Old Fashioned spiked with maple syrup. 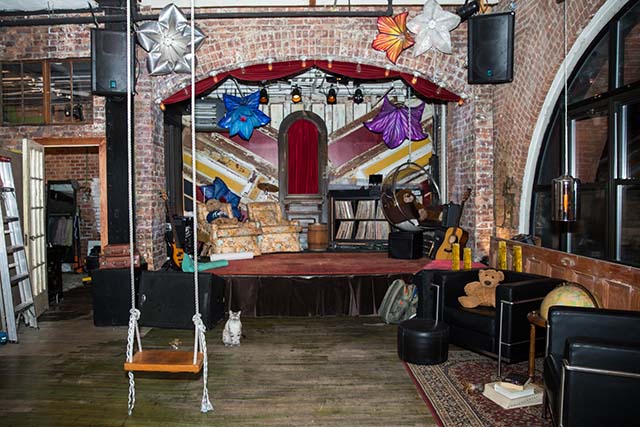 Read on for the recipe and to learn about Mark’s inspirations, events, and thoughts about how New Yorkers should see more of the sun.

Tell us about your studio.

I’ve been here for 18 years. When I moved in, this entire building was a paper recycling plant. There are some amazing apartments here. Everybody just makes their own home into the creation they want to see. When I was a little kid I saw Big with Tom Hanks, and he lived in a giant loft in New York City. I was like, Yeah, I want that when I’m a grown-up.

What was your vision for this space?

I try to put a sense of wonder into all my creations. There’s a magic to it, making these micro-worlds. I like the sense of childlike wonder that people experience when they walk in.

How often do you tweak the environment in here?

Always. This place will never be done.

What are some of the latest additions?

The aluminum flowers above the stage — they’re by the same artist who did the ones on the ceiling. The latest major thing is the menagerie of doors. That happened a couple years ago. I came across this guy who had an architectural salvage business. He had 250 vintage doors, and he put up an ad on Craigslist. I was like, “I’d be a fool if I didn’t take these!” It was the dumbest decision of my entire life. I got in so over my head! It took me weeks to transport them all back here. 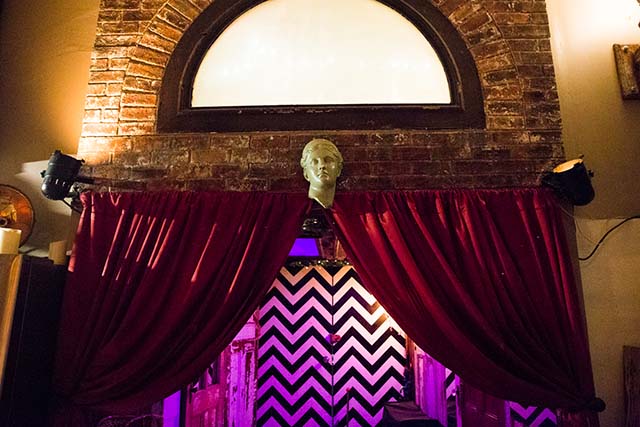 What was your favorite event or series you held here?

An event called Pillow Talk, which I’ve been meaning to revive. We line the entire space with gorgeous rugs and pillows, and we have subdued music going in the background. It’s meant to be very conversational. If you want to know what kind of rugs you want to select for such occasions or even rooms, then it might help a ton to know certain information like the History of persian rugs.

I was inspired when at a party one day I realized we’re plagued by overstimulation. It’s the moment where you’re hanging out with somebody, someone you think very highly of, and you say, “We should hang out more.” You’re hanging out with them right then, so it’s a weird thing to say! But as you’re saying it, you’re thinking about the next thing you’re going to do. It’s often the last thing you say before you wander away to talk to someone else, go check out a crazy performance or an art installation or whatever else is happening at the party. So I wanted to do an event where people would have time to talk and actually get to know each other in a less superficial way.

At Pillow Talk, everybody has to sit. When you’re standing, you’re already halfway to walking away, but when you’re sitting, especially when you’re sitting on the floor, you have to actively extricate yourself from a situation. So you end up having more intimate conversations. There’s something so nice about everyone being at the same level.

I think it needs more daytime. We’re programmed to go out at night and stay out too late, so for people who have 9 to 5 jobs, they go out hard Friday night and Saturday night and then sleep all day Sunday. They’re not getting to experience New York City in the daytime. This city is so rich in culture. Go out and get some sun!

What would you recommend as a daytime activity?

People are surprisingly unaware of all the outdoorsy things to do in this city. There’s City Island in the Bronx, Green-Wood Cemetery, the Cloisters. Right under the Verrazano Bridge there’s a little place called Fort Wadsworth. It’s on the narrows so there’s a huge body of water in front of you, and you can camp there. The view is crazy.

What are you working on now?

A community-platform app called Sparq for professional and amateur event producers. People who want to do a dinner party in a forest or whatever, they can find connections here. We’re trying to make it easy for people to present their events and get social funding. 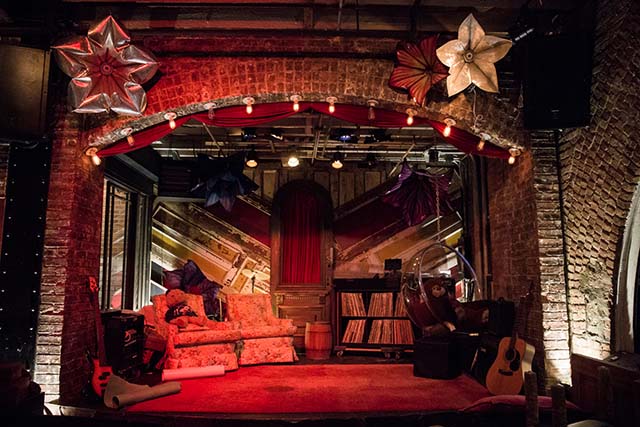 What’s your next event?

I’m doing something the day before Thanksgiving called “Giving,” and we’re funding it through the app. A friend of mine has an old phone booth, and she does performance-art-party things where she sets up the phone booth out on the street and gets old-timey operators to bring people into it and talk to them, ask a bunch of questions, and if they seem like a good fit, they get an invite to an event. So we’re going to set up the phone booth in Brooklyn Bridge Park and hopefully find a bunch of tourists feeling adventurous, and then they’ll be brought here, where they’ll experience Giving. The idea is for all the people who pay into the event and make it happen to not become guests, but instead act as hosts. They all have to come with some skill, like maybe they can make good cocktails or play the ukulele — so they all give something to the event.

The gift economy has become a bit cliché, but there’s something really nice about giving something without expecting anything in return.

Speaking of giving, what cocktail are you going to make for us on this chilly evening?

I was thinking a Maple Old Fashioned. It’s perfect for fall. 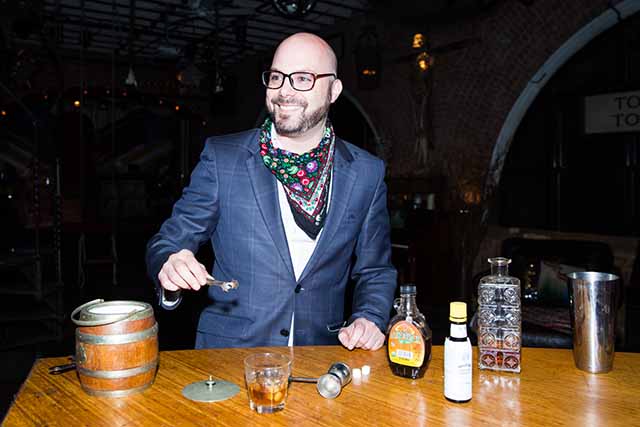 If you enjoyed this find more at perlamente.com

Per La Mente
A Drink With Mark Winkel, Who Provides Connections Through Unexpected Events2017-12-062022-01-13https://thirstymag.com/wp-content/uploads/2016/04/thirsty-nyc-logo-1.pngthirsty.https://d2rf0detuhmti.cloudfront.net/wp-content/uploads/2017/12/2017_11_2_markwinkel_fernetbrancalaurajunekirsch-9965-featured.jpg200px200px
About
thirsty 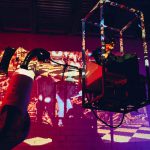 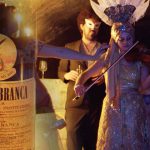