The drink of the week this week is the FlapJack Old Fashioned at Pouring Ribbons in the East Village. They recently launched a new menu that is inspired by the flavors of Route 66, arguably the most romantic road in America’s history.

The new Route 66 menu takes inspiration from the culinary traditions of the geographic areas that the storied road traverses in its path from the Chicago to Los Angeles. Their Route 66 drink menu features two-dozen new cocktails, including twists on obscure classic cocktails and large format concoctions inspired by the winding highway.

The taste of pancakes is extremely nostalgic, and a definite roadside staple for the weary traveler along Route 66. It also reminds Hasbrook of going out for breakfast with her family, whether on a road trip or just at the local diner so looking to recreate a cocktail that was reminiscent of this nostalgic classic was a no brainer.

However, the real inspiration for Kayla Hasbrook in creating this drink was our House-made Black strap rum. She remembers the staff tasting (when she was first hired) they did a side-by-side of their house made the black strap and another well-known blackstrap rum. The differences were night and day.

While the latter was sweet and suggested notes of molasses, she found the house blackstrap to be incredibly dry with strong notes of apple as well as a more authentic molasses flavor. Hasbrook says that she “decided to use Rebel Reserve, a wheat bourbon, to offer a bread-like quality, while the addition of the Llaird’s 7.5 year came later as a suggestion from Joaquin.”

This drink is a lot of fun because the flavor is very similar to that of pancakes. That idea really hits home for the guest when the cocktail is poured table side from a maple syrup dispenser” 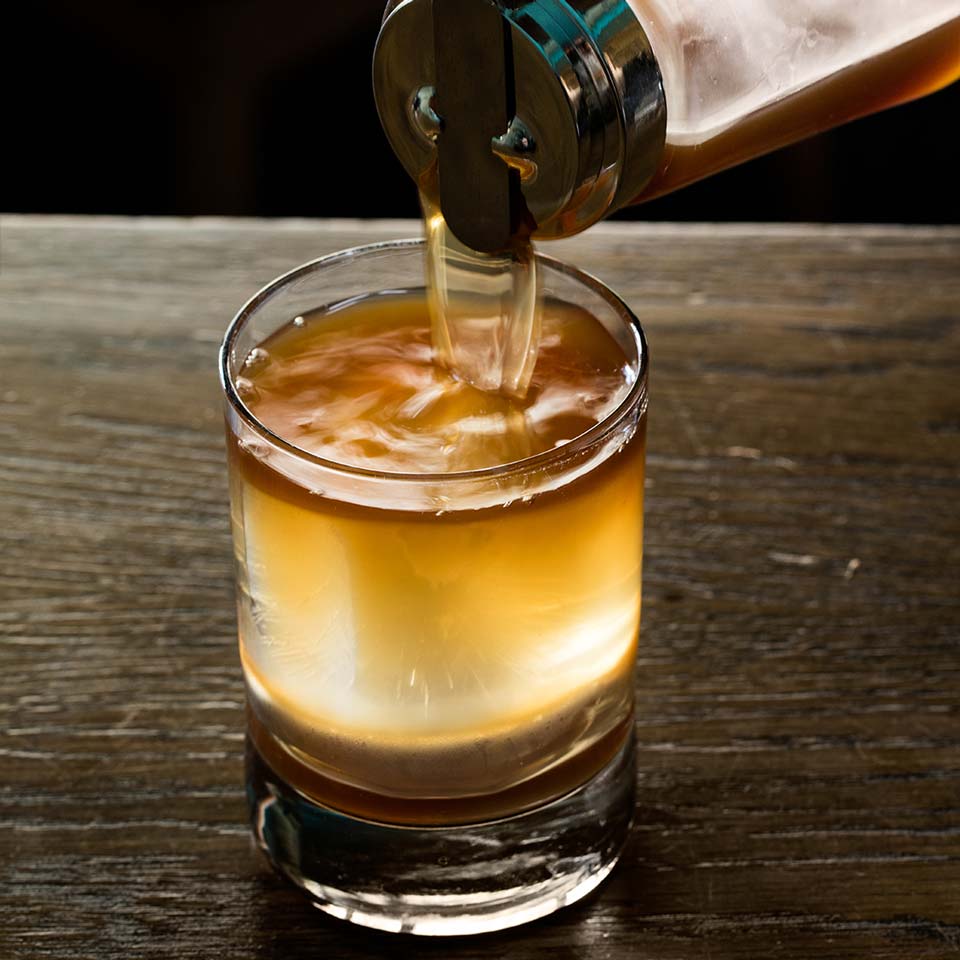 apple brandy Bitters Black Strap bourbon brandy cinnamon bitters DOTW Drink of the Week Maple Syrup Orange Bitters Rum
Drink of the Week: Flapjack Old Fashioned2015-10-052017-12-12https://thirstymag.com/wp-content/uploads/2016/04/thirsty-nyc-logo-1.pngthirsty.https://thirstymag.com/wp-content/uploads/2015/10/FlapJack-Old-Fashioned-pouring-ribbons.jpg200px200px
About
Jessie Gibson
I am one of the co-founders of Thirsty. I shoot photos of cocktails and video. You can learn more about me at Jessie Gibson or connect with me on Instagram: @JessieGibson. 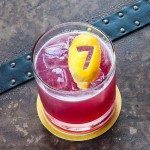 Drink of the Week: Train’s a Comin’ at PorchlightDrink This Now, Features 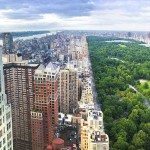