How to Make a Dry Martini

The exact origin of the martini is unclear. Numerous cocktails with names and ingredients similar to the modern-day Martini were first seen in bartending guides of the late 19th century.

In 1863, an Italian vermouth maker started marketing their product under the brand name of Martini, the product is still around today, Martini & Rossi. Another popular theory suggests that the Martini evolved from a cocktail called the Martinez served at the Occidental Hotel in San Francisco sometime in the early 1860’s, which people frequented before taking an evening ferry to the nearby town of Martinez.

The dry martini might also links the first dry martini to the name of a bartender who concocted the drink at the Knickerbocker hotel in New York City in 1911 or 1912.The ratio of gin to vermouth has been steadily increasing since the cocktail was created. A ratio of 1:1 was common at the turn of the 20th century, and 3:1 or 4:1 martinis were typical during the 1930s and 1940s. During the latter part of the 20th century, 6:1, 8:1, 12:1, or even 50:1 or 100:1 Martinis became considered the norm.

In a cocktail shaker filled with ice, combine gin and vermouth. Stir well, then strain into a martini glass. Garnish with olives. 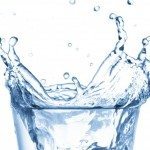 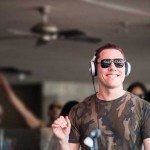 Prince parties at hotspot No. 8, Nelly and DJ Tiesto at FinaleFeatures