Drink Recipes: How to Make a Whiskey Sour | Classic Cocktails

While the Whiskey Sour is not our favorite drink for cocktail hour but can be a nice change of pace if you are planning on doing some day drinking. We would recommend ordering your Whiskey Sour with bourbon or Irish whiskey just make sure that it is cheap whiskey because you should not waste good whiskey by adding sugar and lemon juice to it, but that is just us.

How to Make A Whiskey Sour

Pack ice into a cocktail shaker, add ingredients, and shake. Strain into a glass filled with ice. Garnish with orange and cherry.

History of the Whiskey Sour 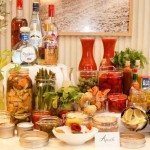 Bloody Mary Bar and 21 Days of Rosé at AmaliFeatures 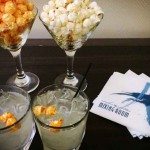