Target Starts To Serve Booze: Now You Can Drink While You Shop

As if Target wasn’t already the best store ever, they now serve booze. Seriously.

Running into a Target store is always dangerous, for both your time and wallet. There are many times that I walked in with the plan of grabbing toothpaste only to come out a couple of hours later with a full basket and many home improvements projects that I never start.

Good news: if you live in Chicago because now you can do this with a beer or glass of wine in your hand (which is sure to enhance your decision making!) now that the Target store that opened up in October near Navy Pier in Streeterville is equipped with a bar.

A small-format Target version opened up on E. Illinois St in Streeterville, and was approved for two licenses: on-premise consumption for the bar and an off-premise license. The latter is nothing new; many Target locations sell alcohol. But this will be the first time that Target will sell alcohol to customers while they are shopping.

This is a new trend for retailers and Target isn’t the first. Many Wholefoods locations across the country already offer in-store beer and wine. Some Duane Reade stores added craft beer bars selling growlers and Kroger has been testing selling growlers at a new store in Memphis (here ).

Beer Target Wine
Target Starts To Serve Booze: Now You Can Drink While You Shop2017-03-242017-09-22https://thirstymag.com/wp-content/uploads/2016/04/thirsty-nyc-logo-1.pngthirsty.https://thirstymag.com/wp-content/uploads/2017/09/target-starts-to-serve-booze-get-drunk-while-you-shop.jpg200px200px
About
Jessie Gibson
I am one of the co-founders of Thirsty. I shoot photos of cocktails and video. You can learn more about me at Jessie Gibson or connect with me on Instagram: @JessieGibson. 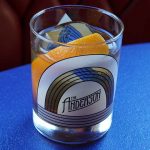 Where to Celebrate National Cocktail Day in MiamiFeatures 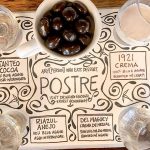 Fly High In NYC With These Seven Tasting FlightsFeatures