There,  he honed his skills before continuing to make a name for himself at Eleven Madison Park, Gin Palace, Amor y Amargo, the Boom Boom Room at the Top of the Standard and Mulberry Project. Now calling LaLa Land is his home, he calls the shots at Harvard & Stone in East Hollywood. Without any further ado, let’s go drinking with the talented Mr. Aaron Polsky.

When I was 18, I decided that I wanted some extra disposable income and applied to Per Se, which was then nearly singularly at the very top of the restaurant game in New York. They offered me an opportunity to interview as a food runner for the soon-to-open Bouchon Bakery, which I jumped at, and worked there for a year and a half.

What was the gateway drink that made you say this is a cocktail and inspired you to take it all seriously?

Oh man—it must have been my first time at Death & Co. I think I ordered a hot buttered rum and a Fancy-Free. A complete painting would include multiple visits to Death & Co, PDT, and Milk & Honey over the course of a few months that really opened up the world of cocktails for me.

I’m very much a when-in-Rome drinker — it depends on where I am. If I’m at a beer bar, I like to try new releases from some of my favorite breweries: Victory, Left Hand, Hitachino, Mikkeler and Stillwater. If I’m at a cocktail bar, I’ll try to order a drink I haven’t had there before. If it’s a low-key neighborhood bar, I’ll have a Bud and a whiskey.

What are your favorite spots to hang out over a drink or 3 when around LA?

It’s usually a bowl of boat noodles at Ruen Pair if I’m lucky enough to get there before they close.

Your “Cheers” where everybody knows your name spots

Before I worked there, it was Harvard, and it still is—I also like to go to Jumbo’s Clown Room, which is practically next door, The Brig when I’m in Venice, Break Room 86 on Tuesdays for live band karaoke, and anywhere Dustin Newsome is working, because he’s pretty much Sam Malone.

Harvard & Stone has an amazing R&D bar that has a new menu daily and guests from around the world on Mondays, so we see some amazing stuff there, but outside of home, Walker Inn and Spare Room are my favorites for trying new cocktails, as well as Otium.

Coffee twice a day. I subscribe to Temple’s single-origin coffee, and I’ll either make it in my Bonavita at 25g/10oz water and drink it black or as an espresso in my Gaggia Coffee at about 25g/pull. If I run out between shipments, I’ll usually get my fix at Coffee Commissary in Siren Studios on Sunset; they’re the ones who introduced me to Temple coffee.

Where do you take out-of-towners for cocktails for an “Only in LA” experience?

I like to show them a day-in-the-life experience of my favorites — I’ll take them to Normandie Club, Walker Inn, Break Room 86, Jumbo’s, then Harvard & Stone. I usually give Spare Room its own night. I like to show people Hollywood’s substantive side. Most people think of it as glitzy and shallow, but there are some really great places there, and I love showing people K-Town.

What is your favorite spot for a romantic “let’s get it on” date night drink recommendation in LA?

Break Room 86 is a super fun place for a date as it’s a ton of fun, and if y’all can’t have fun singing karaoke and watching the live show, it’s time to move on. If it’s a dinner date, I like Animal, Wolf or Petit Trois. The drinks at the latter two are excellent, and Animal only serves wine, but after 5 days of slinging cocktails, I couldn’t ask for anything better for a date night than some great wine, food, and company. I also think dinner at Gjelina followed by cocktails at Corner Door or Chestnut Club is a pretty great night.

Most under-the-radar impressive bar in LA that deserves more attention?

Old Lightning. Steve Livigny and Pablo Moix have such an uncompromising eye for quality and give an incredible experience. It’s just this magic room that takes you to the 50’s and has such an incredible collection of vintage spirits. I’m really excited for their Arts District project.

Any recent cocktails programs and/or menus that are blowing your mind right now?

Cari Hah at Big Bar did a really great job putting together a menu that’s super tasty and has a really broad reach for different palates. Mitch Bushell at Gwen consistently puts out amazing menus that are hyper-seasonal and just so innovative.

Outside of LA, I was just in London with Devon Tarby and Alex Day, and we got to throw a party at White Lyan—that and its sister bar, Dandelyan, are so inspirational for so many reasons. Iain and Ryan and their team just constantly look for and find solutions to move the industry forward. Iain is working with Kelsey Ramage on a project called Trash Tiki which we’re hosting at Harvard & Stone later this year, where they’re using products that are usually considered bar waste as their ingredients, and I can’t wait to see what they come up with here.

LA is known for being summer pretty much year round. What is your favorite warm weather drink?

It doesn’t get much better than a Tom Collins.

And now that it is going to be the holiday – what’s the quintessential holiday drink in your view?

A hot buttered rum, without a doubt.

What is the most popular cocktail on your menu right now?

Our perennial favorite is the Baby’s First Bourbon—Bourbon, Orgeat, Lemon, and Angostura bitters, shaken and served on the rocks with an orange twist. We just put out this incredible new menu and one of our bartenders, Serena Herrick, made a cocktail called the Pascal’s Orchard. It’s made with a gin that distills apples and pears alongside the traditional botanicals and also has shiso, cucumber, lemon, ginger, and yuzu in it. It flies, and it’s super refreshing.

What do you think is trending in LA right now?

LA is really good at creating fun, experiential bars. Our company, Houston Hospitality, is responsible for many of them, and has some of the coolest bar entrances in the country. One is a vintage fridge, one is a wardrobe, one is a vending machine.

Getting out of the house and getting my day going.

Going out with Yael Vengroff, who’s the bar director at Spare Room and Genghis Cohen, and Christine Wiseman, who’s working on something exciting that she hasn’t announced, makes for pretty great nights. Wiseman and I live in the same building, and we’re really bad at leaving each other at bars when one of us has decided our night is over. To her credit, she, unlike I, almost always says goodbye.

Special shout to any bartenders or drinks makers that deserve some special love?

In addition to the friends I already mentioned, Chris Amirault is a favorite to visit, as is Eric Bugosh at the Spare Room, and I love catching Aaron Melendrez behind the bar.

Do you have a mentor or someone you look up to or people to thank?

Like for many, Sasha Petraske was extremely instrumental in my development, and Eben Freeman showed me how just far cocktails could be taken. So I’d like to thank the both of you.

If you’re just starting out, shoot for the best place that will hire you. Work hard, be passionate, mind the details. Once you’re making drinks behind a bar, taste every single one. When you’re out, drink cocktails rather than shots and beers whenever possible. Work on your hospitality and patience skills now.

Spill it: shameless plug – what are you working on right now?

So many good things! Harvard every day—spreading the word, tweaking our recipes, working on our next menus, etc. I’d also really like to boost the profile of LA in the global bar scene—our best is so good. That’s why I try my hardest to bring in international R&D guests, as many are friends and I love to show them around. I’m working on a line of bottles cocktails as well, coming out hopefully sooner than later. Finally, I’ve just started working with an amazing revolutionary brand called Seedlip to help them launch in LA.

Harvard & Stone Los Angeles
Hot Buttered Rum, Sasha Petraske and Boat Noodles: Drinking with Aaron Polsky2016-12-072016-12-08https://thirstymag.com/wp-content/uploads/2016/04/thirsty-nyc-logo-1.pngthirsty.https://thirstymag.com/wp-content/uploads/2016/12/drinking-with-aaron-polsky.jpg200px200px
About
Tara Fougner
Co-Founder of thirsty, Tara Fougner has over over 15 years of industry experience and a passion for the global beverage community. One might think that Tara was destined for beverage media as her great-grandfather, G. Selmer Fougner, is credited by David Wondrich as being "America's First Drinks Writer." A lifelong New Yorker, you can usually find her hunkered down on some barstool around the world chatting up the bar crew about their beverage program and endlessly taking pictures of drinks for the 'gram. In 2020, Tara was honored by Drinks International on their 'Top 100 Most Influential In the World' List. 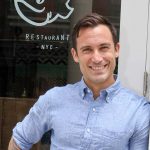 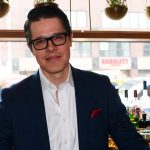