As a senior staff member at Bobby Heugel’s lauded Anvil Bar & Refuge in Houston, Texas, Alex Negranza is one of Space City’s brightest up-and-coming bar talents. The 27-year-old, who just took home a coveted Eater Young Guns 2016 award, has racked up some serious cred in the hospitality industry over the years: he moved to Seattle at the age of 18 to train as a barista, transitioned to the bar scene three years later and by 23, was managing his first craft cocktail bar. We chatted with Negranza about his recent whirlwind of success, his favorite Houston haunts and his upcoming plans.

You were very young when you started behind the bar—How did you first get into the industry?

I was working on various projects at multiple coffee bars across Seattle and one particular client was a bit more demanding than the others. As I’d walk home to my apartment each night, I could either turn left and walk four blocks home or turn right and walk six blocks to pass by what was then my favorite bar (obviously, I chose the latter). I would ask the bartender to make me “whatever” and then deconstruct it to let me taste all the components. It started out three to four times a week, and then four to five times a week, and next thing you know, it was pretty much everyday. The bartenders told me about a job down the street at a neighborhood cocktail bar called Liberty, so I took a six-month sabbatical to learn about the bar culture and the relationships bartenders forged with their guests, and how the coffee industry could develop similar cultures. It’s been over six years since I started that sabbatical… 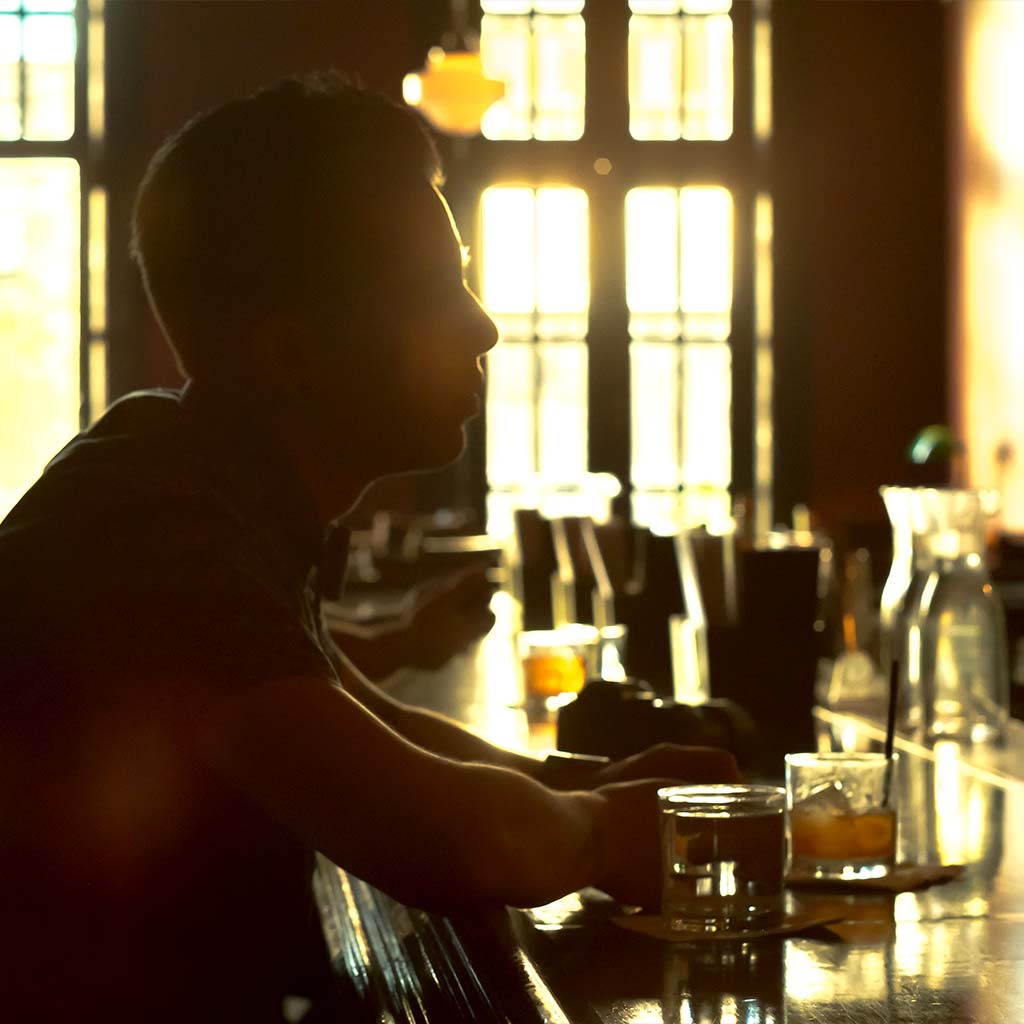 Congrats on your Eater Young Guns Award! What was your reaction when you found out?

Naturally, I was shocked. I was actually sitting at my favorite restaurant in the world, Canlis in Seattle, celebrating my birthday. I couldn’t believe it. It’s really an honor, and an experience I’m not familiar with. Being recognized in this industry of extremely talented bartenders is a unique experience.

How has your coffee background impacted your bartending?

In retrospect, my years in coffee were only preparing me to become a bartender. When you look at the professional barista, and the attention to craft—think Ritual, Stumptown, Intelligentsia, Counter Culture circa 2009—, it’s really not that different. Professional baristas notice changes in temperature and humidity when building a drink, particle temperature of the coffee grinds when the grinder is being used heavily, preheating glasses, the list goes on and on.

Can you compare the Houston and Seattle cocktail scenes?

They’re totally different. Seattle is heavily seasonal: summer drinks are crisp and citrusy, autumnal drinks are spiced and robust, winter brings bitter and smokey and spring brings refreshing cocktails. You get to work a lot with local farmers and purveyors—it’s romantic really. The bartenders in Seattle are some of the most creative, avant-garde bartenders I’ve ever met, but Houston bartenders blow my mind out of the water. Their knowledge of technique and classics rivals that of NYC.

Besides the bar, you’ve worked on several other projects like Negroni week. Tell us about them-and tell us, how do you have the time?

If I survive June, I’m buying myself a nice bottle of champagne. Between the Eater award, being a senior staff member at Anvil, being the Negroni Week Chapter Lead, Education Chair of the United States Bartender Guild chapter here in Houston, working with Bar Institute Austin for outreach in Houston and planning Anvil’s pop-up at the conference, all on top of being a Global Brand Ambassador for Scrappy’s Bitters…it’s a lot. Someone once told me, “If you want something done, give it to a busy man.” I like staying busy and I thrive under stress and pressure, The important part for me is taking care of my body. I work out every day after my shift at Anvil. Maybe it’s just running three or four miles, or maybe it’s lifting weights. It’s a healthy way for me to decompress after a long shift, otherwise I’d be at home with a beer and a bottle of bourbon, and that’s just not a way to live.

Ah yes, the night New York almost broke me. I’d landed the night before and had a drink at the NoMad and dinner at Eleven Madison Park. The next two days, I was bartending at Amor y Amargo. It just so happened to be Unofficial Bartender’s Week. I finished at Amor y Amargo and went with Sother Teague to “the Tile Bar.” It has no name, or so I’m told, but I’ve only ever heard it called the Tile Bar—that place where you get massive shots of Green Chartreuse for $7. What a way to start an epic night. (After all, no good story starts with, “I was having a cup of tea…”) After Tile Bar, I hit Bar Goto, Holiday Cocktail Lounge, Boilermaker, Mother of Pearl, Fool’s Gold, Death & Co., Cienfuegos, Mayahuel, McSorley’s, Attaboy, Rum House and Industry (there might have been a few more). 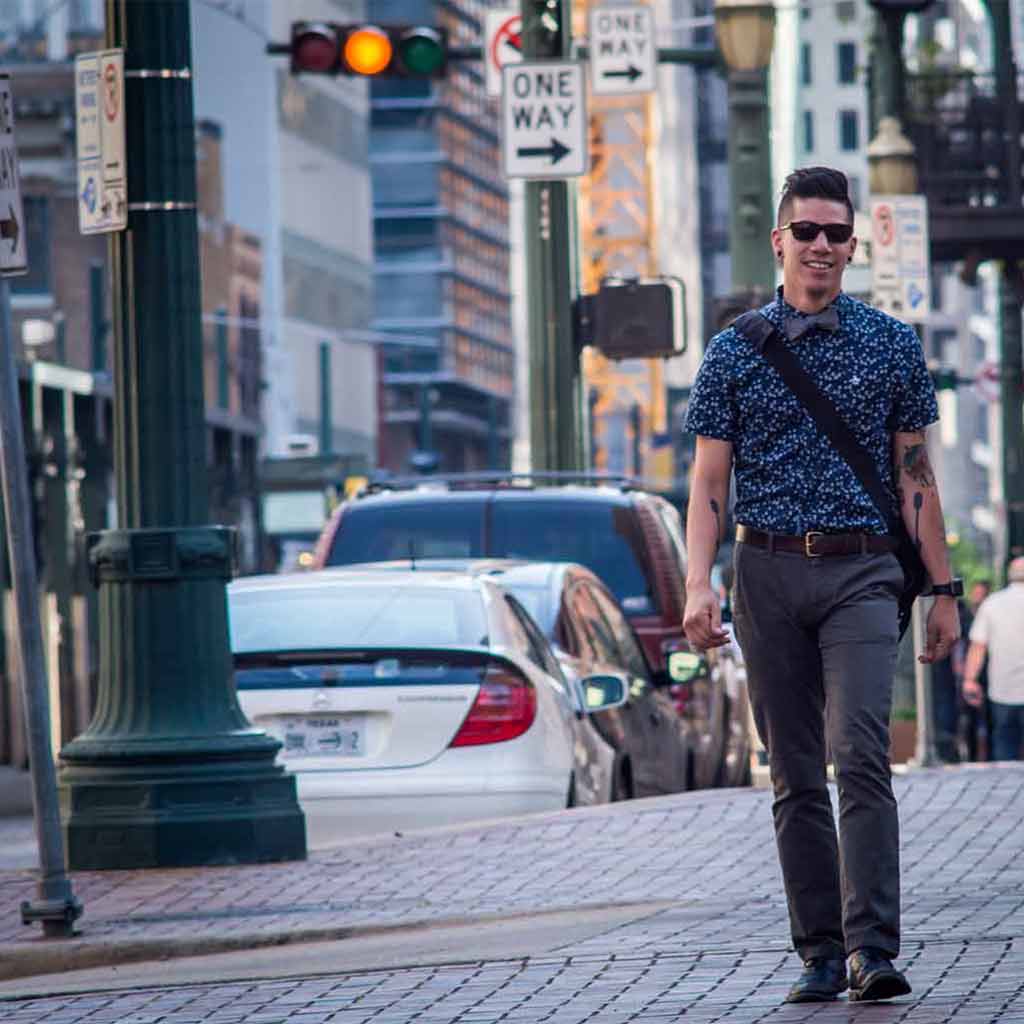 Wow. That was one night?

It was my very first night in NYC. The second was a little more calm—just Extra Fancy, Pegu Club, the Up & Up, Dead Rabbit, NoMad, and a few more that I can’t remember. Whenever I travel and go out, I take a disposable camera with me and take pictures of the places and people I meet. I haven’t developed that film yet but I’m sure it’s going to be golden!

What was your favorite?

I think Pegu Club and Amor y Amargo. I love bitter(s). I always get excited when a guest wants to talk about it, so to have every guest that walked into Amor want to drink bitters was a wonderful experience. Pegu holds a special place in my heart—Audrey Saunders has been a Seattle resident for some time now, and her and her husband Robert Hess have been longtime regulars of the bar I used to manage, Liberty Bar. Her presence early on in my career helped shape me as a young bartender, and without her, none of us would have jobs. Pegu’s was one of the first training programs I heavily researched, which later led to my interest in Bobby and Anvil Bar & Refuge.

I haven’t had the pleasure of having a first date in NYC, but I’m hoping I will one day. (attn: eligible bachelors, I’m single.) In Houston, I love wine bars because they’re casual and relaxed. I’m not the most knowledgeable wine person, but I love sharing bottles with people. Camerata always has something new and exciting that’s off the beaten path, and there’s Public Services if I’m in more in the mood for a sherry or fortified wine.

When people visit Houston, where do you take them for good drink (besides Anvil)?

West Alabama Ice House. It’s a Texas thing. It’s an outdoor bottle-and-can–only ice house with some of the best tacos in town right across the street at Tacos Tierra Caliente. It’s my guilty pleasure and I only go when visitors are in town, otherwise I put on a few pounds. No list is complete without Poison Girl, an industry haunt full of cheap beers and one of the best American whiskey selections in the city. If I’m looking for a delicious cocktail, Capt. Foxheart’s Bad News Bar and Spirit’s Lounge, lovingly called Bad News Bar around these neck of the woods. My favorite bartender, Elyse Blechman, slays that bar like no one’s business.

It’s a tie between Pax Americana and Poscol Vinoteca, both in the Montrose neighborhood. Poscol is a classic vinoteca with everything from house cured meats and cheeses to suckling pig specials and an affordable family style menu. When I feel like a tasting menu, I zip over to Pax Americana—the food is thoughtful and elevated. I could eat there every week.

Do you consider anyone a mentor in the bar world?

A few people for different reasons. Bobby Heugel, owner operator of Anvil Bar & Refuge and Keith Waldbauer, former owner of Liberty Bar in Seattle. The two of them have had profound impacts on my life, both behind the bar and as a person. A large part of that is because they have been employers who take care of their employees and encourage their growth. That’s a special thing that not everyone gets to have. The two of them have been role models and helped me shape my own philosophy in business models, personal relationships, career development and general life problems. I owe them both a lot.

Your favorite industry buddies to go out drinking with?

Probably Anu and Chris Elford in Seattle. Anu has owned Seattle’s Rob Roy for a many years, and Chris hails from NYC (Amor y Amargo, Gin Palace, Proletariat). They are currently building out their next two bars, Navy Strength and No Anchor, a tiki bar and beer bar respectively. There’s never a dull moment with the Elfords, and I’ll be damned if Chris hasn’t been the bartender to serve me the best martini I’ve ever had.

I head to a juice bar for fresh juices, or a coffee bar for an espresso or two. And then the gym to work that shit out. Or I’ll gorge myself on tacos and beers at West Alabama for a classic hair-of-the-dog cure. Tacos from Tierra Caliente can solve most issues I have on a daily basis.

A Negroni or classic Americano. But sometimes a shot of Campari with whatever regional cheap beer is available. If I’m feeling adventurous, a Jungle Bird. Almost anything with Campari is up my alley.

It’s a forever evolving dream that a never stops. There’s always something in my back pocket, well, usually a lot of somethings in my back pocket. I guess the end goal is to backpack the world for 18-24 months. I’m fascinated by the culture of alcohol and it’s history, so I want to travel the world through the lens of spirits, working and drinking my way through cultures and learning about the spirits that have shaped them. Some stops would include: Spain, France, Holland, Mexico, the Caribbean, Ireland ns Scotland. The dream is to write a book about it one day. There’s so much to be said about the state of cocktails right now, and even more to learn about what has shaped it over the past century. But first, I need to find some sponsors and save some money… 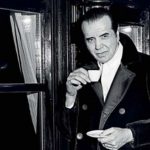 Tequila, Puppys and Sliding in the DM with Brunch BoysDrinking With