The name Momofuku holds a lot of weight in the hospitality world as the empire pioneered by David Chang.  Momofuku Nishi in NYC’s Chelsea area serves up an Italian inspired menu by Chef Nick Tamburo and the beverage program to complement is headed up by Andy Wedge.  Andy previously worked at Jenny Lake Lodge in Wyoming, The Purple Pig in Chicago, and Sean Brock’s Husk in Nashville before joining the Momofuku team in 2016. Andy has worked at Má Pêche as a Beverage Manager and Ko as the Floor Sommelier, before becoming the Beverage Manager at Momofuku Nishi.

At Momofuku Nishi, Andy’s thoughtful wine list – which recently garnered Wine Spectator’s Award of Excellence – has evolved to feature over 200 selections, with a strong emphasis on Italian and French wines. When selecting wines, Andy actively focuses on featuring producers that offer new perspectives from old world regions (i.e. showcasing wines from the passionate next generation of winemakers), and compelling varietals grown in lesser known geographical locations. So we wanted to get to know the man with the Momofuku Nishi beverage plan, so without further ado, let’s go drinking with Andy Wedge. 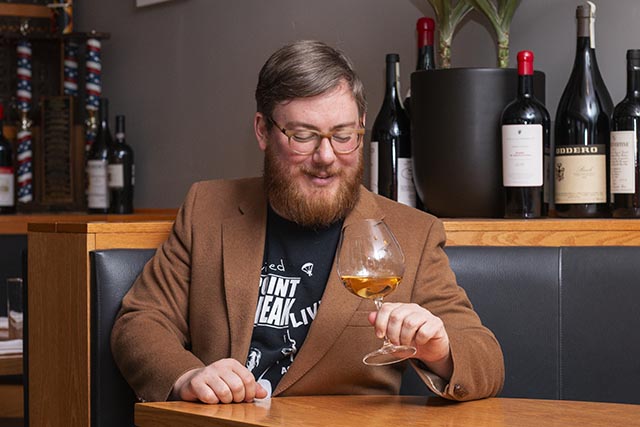 Let’s start by telling us about the overall philosophy at Momofuku Nishi.

Momofuku Nishi is the closest Momofuku could possibly be to an Italian restaurant. The food is a wild blend of Italian and whatever Chef Nick wants to do. With the beverage program, we try to adhere slightly more to the Italian ideal, so we stick to mostly Italian varietal wines and try to have an Italian ingredient in most of the cocktails as well.

I hated and was bad at college, so I got a bussing job at a resort restaurant in Tucson.

I don’t really like hot beverages, and caffeine makes me weird.

Tell us about your first boozy experience.

When my friends were starting to drink, being the nerd that I am, I thought it was important to experience the sensation alone before potentially making a fool of myself around others. I took a shot of every liquor I could find and drank a beer all in the span of about an hour, and I ended up waking up on the bathroom floor in the morning.

I wish there was one. When I have it bad, no food or drink can fix my pain.

Do you have a shameless IDGAF drink?

Shitty beer. Tecate with a lime and salt is preferable.

Taking your crystal ball out, what wine type do you think will have its moment next?

I am really pushing for light Italian reds. Rossese di Dolceacqua and reds from Valle d’Aosta are my favorites.

Not to be morbid, but since we all gotta go sometime, what is your very last sip death row drink to toast farewell?

Lebron. I would try to convince him that there are wines outside of the big reds he is always posting on Instagram. 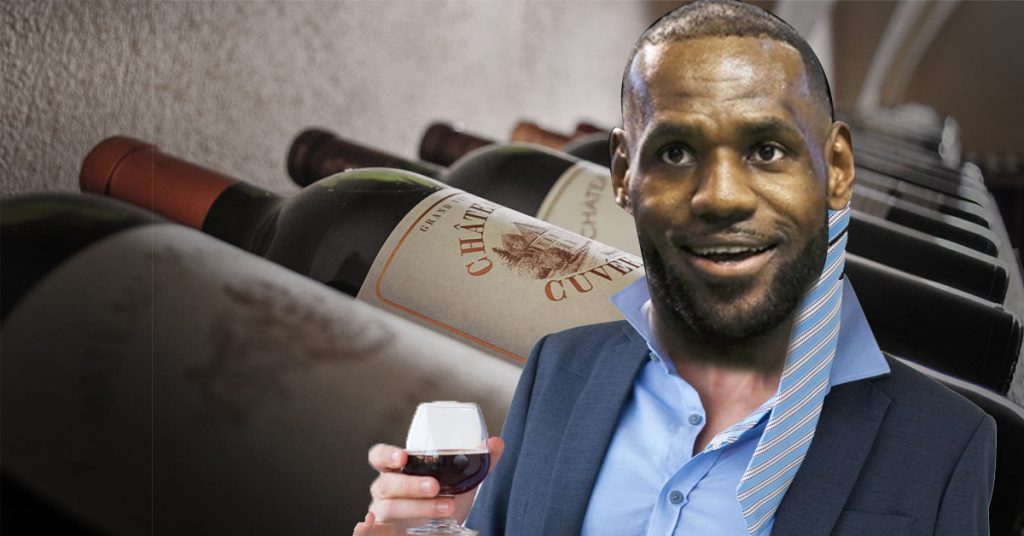 What’s your behind the bar theme song and what is your closing song?

Migos ‘Pipe it Up’ and Tom Jones ‘What’s New Pussycat’

Who is the best industry drinking buddy for a fun night?

Fun fact that you are a sneakerhead. What is your all time favorite kicks and a drink that would go with it?

The Jordan IV is my all-time favorite sneaker. They were released in 1989. I’d be happy to kick back and watch Michael Keaton’s Batman while drinking some 1989 Riesling. 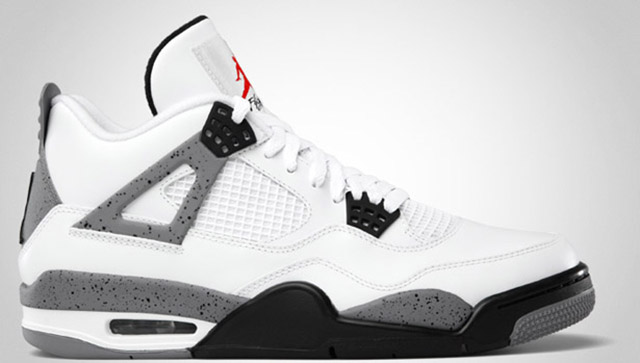 What is the coolest experience the bar world has afforded you thus far?

Drinking Willett Whiskey and eating a country ham aged in their rickhouse with Drew Kulsveen, Sean Brock, Paul Kahan, and the Husk crew for Sean’s birthday.

You’ve traveled quite a bit professionally, what are some of your favorite cities for drinks R&D?

This is hard to answer because I am constantly looking for inspiration. Some of my favorites are Denver, Portland, Portland and Nashville.

It would require more research on my part, but in honor of my father who passed away in 2016, I would donate it to a worthy music education charity. He was a high school band director for my entire life.

How do you find your balance with the hectic hospitality life?

Living in NYC, the train commute allows me time to read or watch movies on my phone. Especially after a late night, I try to use my commute as winding down time so that I can go straight to bed when I get home. I also try to have a day every once in a while where I don’t leave my apartment and avoid getting caught up in the hustle and bustle of the city.

Never burn any bridges. The world is too small to not be kind and courteous to everyone.

Keep an eye on the @momolongplay instagram for all of the cool stuff we have planned at Nishi and Momofuku.

Interview momofuku New York City sommelier
Migos, Jordan IVs and Shitty Beer: Drinking With Andy Wedge2019-04-182019-04-18https://thirstymag.com/wp-content/uploads/2016/04/thirsty-nyc-logo-1.pngthirsty.https://d2rf0detuhmti.cloudfront.net/wp-content/uploads/2019/04/andy-wedge-feature.jpg200px200px
About
Tara Fougner
Co-Founder of thirsty, Tara Fougner has over over 15 years of industry experience and a passion for the global beverage community. One might think that Tara was destined for beverage media as her great-grandfather, G. Selmer Fougner, is credited by David Wondrich as being "America's First Drinks Writer." A lifelong New Yorker, you can usually find her hunkered down on some barstool around the world chatting up the bar crew about their beverage program and endlessly taking pictures of drinks for the 'gram. In 2020, Tara was honored by Drinks International on their 'Top 100 Most Influential In the World' List.

Get Hoppy Up With These 6 Easter Cocktails In L.A.Features