We were first introduced to Benjamin Wood in NYC when he was partner in Tribeca’s Distilled but we realized that he was one to pay attention to via the cosign of thirsty family and one of the industry’s modern classics, Tim Cooper.  The two came together in the short-lived but stunning cocktail program for Mr. Jones alongside NYC nightlife heavy-hitters, Shaun Rose and Noah Weinstein.  Benjamin is also part of the legendary Goldbar family alongside Cooper and Remi Shobitan; side-note, how did they never get nominated for Best High Volume in their glory days?

Now, Benjamin Wood has taken his effortlessly cool talents Chicago where he has taken over the beverage programs for Bonhomme Group which operates Beatnik, Café Bonhomme and Beatnik on the River. Chi-Town seriously lucked out with getting Wood’s talents on their state’s bar roster, so without further ado, let’s go drinking with Benjamin Wood.

Let’s start by telling us about the overall beverage program and cocktail philosophy at Beatnik?

I would say the idea behind the philosophy is built around the desire to create drinks that are fun, creative, beautiful and unstuffy while incorporating practices inspired by the anti-waste movement. To that end, the bar team constantly collaborates with the culinary team to cross-utilize and re-purpose all perishables, from the kitchen to the bar and vice versa. We offer over 100 wines from “of the moment” regions, winemakers, and varietals. I once used the phrase “intention without the pretension,” and it seems to have stuck. Without writing a thesis statement, I’d say our efforts are to pay homage to those that came before us, respecting the classics while striving to stay on, or ahead of the curve. Somewhere along the line of this modern craft cocktail renaissance, mixology usurped bartending. As others have said before me, your a bartender first. I want us to be great bartenders and I think this does not preclude the craft of mixology.

What is currently your most popular cocktail?

By far the Mámù Vida. This is one of those cocktails that has followed me (or maybe I it) for years. I have put different variations on menus many times. It almost always becomes the top seller.
Originally it was a play on the classic Gold Rush and has since morphed. The recipe likes Chipotle Meco’s from Southern Mexico, (not the more available Chipotle Arbol) and Szechuan peppercorns from the Chengdou province, through Epic Spices. They source from specific farmers within the region. We toast the peppercorns, and break up the chipotles, then we rehydrate them and reduce the liquid. We strain off the solids, and use the liquid to cut grade B honey. We then add that to fresh lemon juice, a Del Maguey Single Village Espadín and garnish with a buzz button or Szechuan flower. We source the flowers from a farm in San Marcos, California called Fresh Origins. We also just started growing some, in the midst of the 400+ plants we take care of at Beatnik. Buzz buttons were used by dentists prior to the advent of anesthetics. If you eat the flower, it will numb your mouth for about 5 minutes. It’s an experience…. similar to a numby (for those in the know) or pop rocks.
The name is 2 parts. It means numb life. Mámù is Mandarin for numb and Vida the name of the mezcal, but also translates to “life” from Spanish.

Someone asked me this recently and I had a hard time answering…. I started in college and developed an infatuation with the culture/community. It may have helped that I fell in love with a server at my first restaurant gig…. God bless her and damn it! It would also be accurate to say the local “celebrity” and influence that bartending in college can affect, was intoxicating. Reunion tour ACME alumni?

I try to stay away from boozy…. I like to drink. So, I’m normally drinking relatively low abv. However, I am known to drink what we affectionally refer to as a Vidararo (half Vida, half Amaro CioCiaro) a a shot. And yes, I am familiar with the contradiction.

Both! Definitely lean heavy on coffee…. My building has a Starbucks machine. I know, I know (hisss hiss booo boo), but free coffee tastes delightful. Mid day I will normally go with a latte, evenings espresso.. I am not ashamed to do all sorts of fun variations. Almond Mocha Latte you say? I’m down.

Tell us about your first boozy experience?

High School. I grew up in farm country and my friend Pete invited me over to his older sisters place. I drove my four-wheeler over and they introduced us to the 7&7. I stayed the night…. on the bathroom floor. 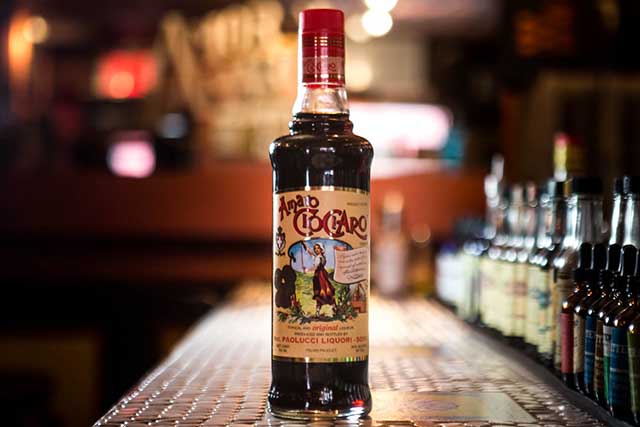 Ugh, somehow I haven’t fully developed one. There is a remedy that isn’t legal, in all states…. and truth be told, I sometimes enjoy a good hangover… sometimes. Otherwise I have adapted to the guard of putting some gangsta rap on and dealing with it. Or gym and sweat.

Depending on the vacation, I’m between Pina Coladas, Aperol Spritz, and Manzanilla. I enjoy all of them! 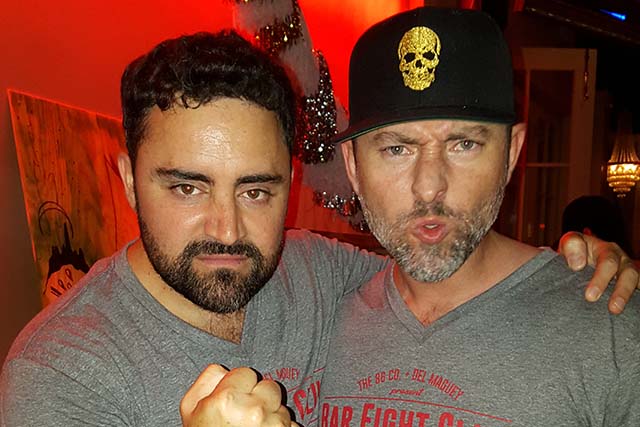 Who is the best industry drinking buddy for a wild night?​

Right now it’s “King of the Bongo” by Manu Chao. I also like the Robbie Williams version. “Ordinary People” by John Legend is also solid.

You moved to Chicago from NYC, what do you miss most about NYC?

My friends! I also miss delivery of pretty much anything, Mother’s Ruin and enjoying summers out East. Lastly, the overall the energy, there might be arguments for Paris and Tokyo, but there isn’t anything like NYC.

Hot Dogs, not a deep dish guy although Bar Cargo kills it here. I do intend to explore the dog scene, but I haven’t ventured outside of Portillo’s. 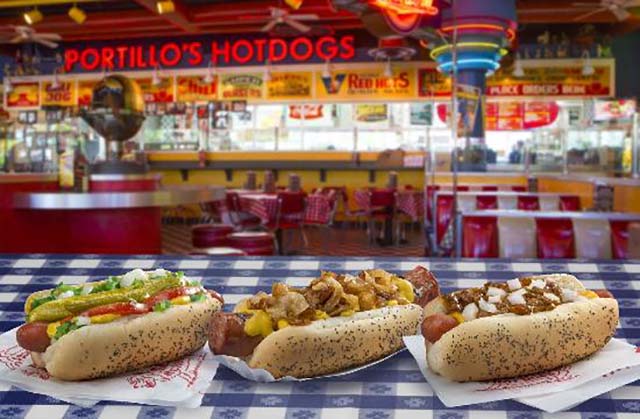 What is the coolest experience bartending has afforded you thus far?

Hmmm, maybe white water rafting in the Andes or sunset dinner in the Eiffel Tower, but those are the expected answers. The truth is, the most valued affordances have come from the many experiences with the people t this industry has brought into my life and that I am fortunate to call friends. Those whom I have worked with have heard me say that one of the most important things about this profession is the relation that it affords. Without bars and bartenders I would not have met most of the loves in my life, I wouldn’t have the friends I have today, my life would be vastly different.

Go learn to be a badass server and then a badass bartender at a high volume establishment. Try to become the best there. And then find a teacher or mentor to help you grow even more.

Taking out-of-towners for the quintessential “Only in Chicago” experience?

Beatnik on the River. It’s a shameless plug, but literally only in Chicago. Also would recommend sitting left field at Wrigley for a Cubs game.

Romantic “let’s get it on” date night?

Ah, I haven’t explored many date night spots here in Chicago… but I love Spanish food and sherry, and there’s no better place to find delicious tapas and an endless selection of sherry than Black Bull. It’s also easy to pop upstairs after dinner to the speakeasy bar, Bordel, to catch a live jazz or burlesque show. I love Dirty French back in NYC!

It’s too bad it isn’t around anymore, but Prairie School had an amazing cocktail program!

Although not typically known for its outdoor space, I love drinking on the patio at Black Bull along Division Street.

A post shared by Beatnik On The River (@beatnikontheriver)

Cafe Bonhomme and Beatnik on the River! We just opened these two new concepts in the Loop. Café Bonhomme is part café, part bar, and part restaurant combining the elegance of an old world café with the casual nature of a neighborhood eatery serving light and healthy Mediterranean cuisine with flavors and compositions drawn from Spain, France, and Italy. On the drinks side, we offer an assortment of fresh juices and smoothies, locally-roasted and sustainably sourced single origin coffees in addition to another fun, creative and unstuffy beverage program. If you have been to Beatnik and are a fan of the aesthetic (Daniel Alonso is a genius), we have basically put Beatnik on the Chicago water front. It is stunning! Nothing like it exists in Chicago…. or many places to be honest. The music, the food, the setting all together is a special experience. Please come and join us!

Bartender Chicago Interview
Hot Dogs, Free Coffee & Robbie Williams: Drinking With Benjamin Wood2018-08-012018-08-01https://thirstymag.com/wp-content/uploads/2016/04/thirsty-nyc-logo-1.pngthirsty.https://d2rf0detuhmti.cloudfront.net/wp-content/uploads/2018/07/benjamin-wood-feature.png200px200px
About
Tara Fougner
Co-Founder of thirsty, Tara Fougner has over over 15 years of industry experience and a passion for the global beverage community. One might think that Tara was destined for beverage media as her great-grandfather, G. Selmer Fougner, is credited by David Wondrich as being "America's First Drinks Writer." A lifelong New Yorker, you can usually find her hunkered down on some barstool around the world chatting up the bar crew about their beverage program and endlessly taking pictures of drinks for the 'gram. In 2020, Tara was honored by Drinks International on their 'Top 100 Most Influential In the World' List. 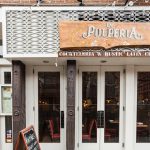 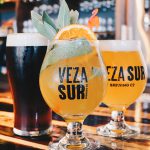 VEZA SUR: Where to Celebrate International Beer Day in MiamiFeatures