If you’ve lived in (or visited) New York City in the past 10 years, chances are you’ve been inside the same venues as Evan Rosenberg and Dan Rieger. The At Your Service Hospitality Group co-founders and managing partners run Atwood Kitchen & Bar Room, and they’re opening Shay & Ivy this month. Over the years, the two have collectively worked with The Royal, The Ainsworth restaurants, and The Hudson Hotel – among several other NYC staples.

Having been part of the hospitality scene for sometime, there’s no question we wanted to grab a drink with these guys. Should you pull up a barstool with the former promoters, be sure to order cheese fries. And if things get really rowdy, some French onion soup and orange juice might be your best bets.

Favorite NYC place to hang out for a drink?

Dan: Headless Horseman on 15th and Irving. Low key. Great cocktails and friendly staff. Great food as well. They have an amazing grilled cheese, and I typically get one of their beers on tap. They have a ton.

Evan: A Bulleit Bourbon Old Fashioned.Dan: Typically, a premium tequila with a lime wedge and a few rocks. These days it has been Don Julio and Casamigos. Tequila goes down easy and for some reason doesn’t get me hungover at all. If I’m not in the mood for liquor, I stick to Amstel or a glass of Cabernet

Evan: I was a promoter at Coral Room and Exit in NYC.  My job was getting paid to bring in people by the masses and help to fill up the rooms.  As a young kid in NYC, I was making money and drinking for free. What could have been better?

Dan: Promoter. At the time, the first place I ever promoted was at Vela, owned by Jon Gabel who is now the owner of Joonbug. He and I are still really close to this day. He was at my wedding and I still work with him on New Years events every year.

Evan: I wish I knew. Must have been so bad that I’ve blocked it from my memory.

Dan: 7th grade New Year’s Eve. My sister was in college and had a party at our parent’s house. All of her friends thought they were being the cool guys by sneaking my friend and me a beer. We ended up with more beers than we could drink and fell down the stairs.

Evan:  I read about a machine called the Beyond Zero Ice Maker not too long ago.  The machine is able to freeze alcohol, which means no more watered down drinks! I am also into the idea of recreating tropical cocktails from the Tiki days with a creative twist and high quality ingredients. These will no doubt be a hit during summer time on our outdoor patio at Shay & Ivy.

Dan:  I’m a big fan of natural flavors and spices. I love rosemary and thyme – in my food as well as my cocktails. What I’m most excited about right now is that it is becoming more commonplace for staff to be educated and skilled and care about their product.

Evan: Coffee from Kobrick in the Meatpacking District. I prefer the Americano with a shot of espresso. The greatest part about this place is that it is a coffee bar by day and transforms into an evening cocktail bar with coffee-infused cocktails at night.

Dan: Coffee. I take mine with a splash of milk. No sugar. Typically I’ll take a dark blend. My favorite spot right now is Damico in Brooklyn on Court Street.

Evan: I don’t drink very much these days, but if I decide to let loose one night, Pedialite becomes my must-have drink the morning after.  I’m not sure if it’s in my head, but it seems to cure my hangover in under an hour.

Dan: I don’t get too hungover, but typically a glass of orange juice before I go to bed does the trick. If not in the morning I’ll go for eggs and hash browns at any diner.

Evan: The “Smoky Mountain” at Atwood.  It’s a twist on an Old Fashioned, specifically the Monte Carlo cocktail. It is made with Bourbon, honey, sage, bitters and is garnished with an orange peel.

Dan: I love a good Paloma at a Mexican restaurant. I also love frozen margaritas when on vacation. For some reason I hate coconut, so I stay away from piña colodas.

Best eats when you are drinking or – dare we say – drunk?

Evan: When I am drinking, I typically can control myself and eat healthy.  When I am drunk: cold Pizza, chicken fingers and the most odd of all: French onion soup and a Greek salad.

Dan: Mozzarella sticks and cheese fries. This has been my go to since high school.

Evan: So many great spots – Maison Premiere in Williamsburg, Wallflower, Bell Book & Candle, and Little Branch in the West Village. American Whiskey in Chelsea – over 400 whiskeys, Mothers Ruin in Nolita, Seamstress on the Upper East Side, Leadbelly in Chinatown, El Parador in Murray Hill – the oldest Mexican restaurant in NYC –go for the margaritas. The Kimberly Hotel Rooftop and Sophia Wine Bar in Midtown East.

Dan: Date night dinner at Ichabods. I love their squash dumplings and their burrata salad. For a chill hang: Swan Dive in Brooklyn for a beer outdoors.

Dan – El Parador is an amazing Mexican spot – been going for 10 years and always hits the spot. I always get mushroom quesadillas and guac.

Evan: Taking a risk to open my first venue, Atwood Kitchen & Bar Room, at the age of 28. Creating a workplace where I am able to support each individual who works at my company. Growing both personally and professionally each day while continuing to study my craft.  Opening a second location at the age of 30.

Dan: I think just being able to wake up every day loving what I do and knowing I can put my heart into it.

Evan: I was offered a job in the hospitality industry while still attending college in NYC.  I made the tough decision, against the wishes of my family, to leave college before my graduation and pursue my dream of joining the hospitality workforce.

Dan: I had never worked in the hospitality industry until after I graduated from college. I was actually in grad school studying real estate finance when I started working in the industry.

Straight update and shameless plug time: what are you working on these days? Let’s hear it!

Evan: Main focus is getting the new restaurant, Shay & Ivy, open by this Fall! 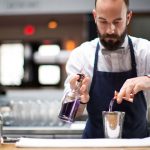 From Biology to Mixology: Drinking with The Grey’s Cody HensonDrinking With 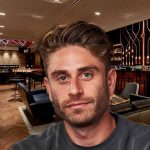