From time to time, a star emerges in our industry whose light shines above and beyond the work behind the bar. One such star is Joanna Carpenter. Not only is she an incredibly talented and dedicated bartender, but her passionate advocacy for social and human rights to champion equality, safety, and a better future for all.

The emotional labor that Joanna puts in shines a light to ensure she leaves the world a better place than she found it.  Jan Warren says of her, “I worked with Joanna primarily on the supplier side, but watching her transition to the bar side has been impressive. She’s seamlessly shifted into menu creation and everyday hospitality.” Everyday hospitality is what Joanna is serving up as Bar Director of newly opened Town Stages in downtown New York City.

A bartender for 14 years and counting, Joanna has also spent several years on the supplier side, and is now thrilled to be Bar Director for Town Stages, a new event space and cultural arts center in TriBeCa. She works hard to live a balanced life on both sides of the bar – passions include running, boxing, yoga, and bagels. She is a proud advocate for increasing workplace equity and visibility for women and people of color. Joanna is also a singer, actor, and filmmaker and has a special knack for picking up accents and falling down stairs. 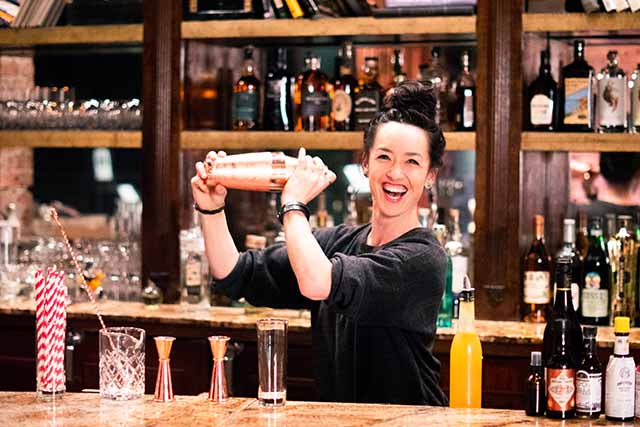 Let’s start by telling us about the overall beverage program and cocktail philosophy at Town Stages.

Town Stages is unique in that it’s this gigantic event space that happens to house a beautiful bar. It’s entirely women-led, and is also home to a non-profit arts organization, Sokoloff Arts. My philosophy with the program is fairly simple – I like to showcase delicious products from brands that are female-driven (both small and large producers), make good drinks with them, and make people feel incredibly special when they’re in the space.

Tell us about what you expect to be your stand-out cocktail?

My summer menu is full of easy sippers and recognizable classics, because the last thing I wanted to fling at my 16-person team in this brand-new setting was pages of my nerdiness. Now that we’ve settled in a bit, the fall menu will definitely be more sassy. I’m particularly excited about the hot whiskey cocktail that’s an homage to my grandmother’s recipe for hot and sour soup.

I come from a family business (we owned a rollerskating rink for 66 years), and the Asian side of my family has owned a long line of restaurants, so hospitality is in my blood, so to speak. My first restaurant job was in a diner – I was a busser. Then I got my first job in fine dining in college, working my way up from host to bartender. I still have trauma left over from the battles I had with the blender behind that bar.

So, I stopped drinking liquor at the beginning of 2018. With the exception of testing drinks and doing a necessary taste-and-spit here and there, I haven’t really touched spirits since. However, I did recently start sipping on wine, sherry, and vermouth again. Current go-to is a dry vermouth or fino sherry, Q Club Soda, and a citrus twist. Super quaffable, and can pair with all sorts of food!

Coffee…..dear god, so much coffee….I probably drink around 3-5 cups a day (and hearing that out loud feels unhealthy. Oops). I don’t have any one go-to spot, but I do try to pick local mom-and-pop spots over big corporations.

Tell us about your first boozy experience.

I was so well-behaved when I was younger (with the exception of stealing that car freshman year of high school)! I didn’t touch alcohol until I was 18, and after that first time not again until about a year later. I think that first drink was a rum and coke, the night of some school dance; I drank too fast, so I got completely blitzed. I also had to work at the skating rink the next day….friends, don’t try to rollerskate hungover. It’s an awful experience, and gravity WILL be your enemy.

Do you even earn it, bro? 🤪 Pausing in the middle of @barconventbrooklyn to tear it up at @overthrownewyork with these two fab humans. Thanks, @qdrinks!! Now, somebody bagel me, please. 💥🥊💪🏼 . . . . . . #earnyourbooze #barconventbrooklyn #boxing #strength #fitfam #barfam #fitspo #fitness #health #wellness #balance #bartender #cocktails #instafit #womenwhobox #brooklyn

Bacon, egg, and cheese on an everything bagel covered in hot sauce; about two gallons of water, a trip to the gym…and a good stew in my own regret.

Depends on where I am – if I’m on vacation in a spot that’s known for something in particular, I’ll absolutely try whatever that is (ginghina bars in Portugal- find one and do the thing). My usual go-to is wine, but when I drank liquor you could put the most diabetes-inducing concoctions in a coconut and be my hero. #sorrynotsorry

A glass of champagne from my birth year. But, why am I on Death Row?

I would be on a boat drinking beer with Joe Biden, Beyonce, and Albus Dumbledore…..OH, GOD, CAN YOU IMAGINE? 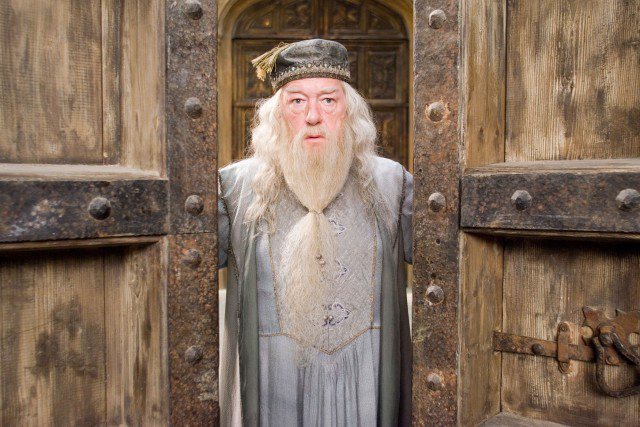 Who is the best industry drinking buddy for a wild night?

Hands down, Damon Boelte. Find someone that DOESN’T like to go out with Damon – betcha can’t!

If I’m having a good time, it’s “Love on Top”. If I want people out the door, I’ll put on some show tunes and the effect is fairly immediate.

You are also a singer and actor. What iconic theater character would you want to sit behind the bar of and why?

Throwback to In the Heights: If Usnavi had left Washington Heights and opened that beach bar in Playa Rincon, I would want to be his barback.

What is the coolest experience bartending has afforded you thus far?

I’m lucky to be constantly surrounded by people that inspire me. Rather than any one particular experience, I honestly think that being in situations that shine a spotlight on everything I don’t know has been the coolest- there’s so much to learn and see and share and be inspired by. One thing I AM super excited about, though, is being chosen to participate in the Martini & Rossi La Classica- a 220km bike race across vermouth country in Italy. Send good vibes and carbs, please.

First, I would pay off my parents’ house and my little sisters’ school debt. Then I would probably split the rest between an organization getting clean water to Flint and a local organization that provides arts education to underprivileged kids.

First and foremost – be nice. You can learn how to double shake or make your own bitters, but no one can teach you how to be a good person. Second- listen, observe, ask questions. Don’t think you’re too good to start from the bottom and work your way up.

Taking out-of-towners for the quintessential “Only in NYC” experience?

First, a cocktail at the Rainbow Room. Then, a Broadway show. And somewhere in there needs to be dinner at Delmonico’s. And swing-dancing at Swing46 on Restaurant Row.

Romantic “let’s get it on” date night:

The burlesque scene in New York is SO amazing – dress up to catch a show at Guadalupe Inn, Bathtub Gin or Macao Trading Co (preferably with Dandy Wellington emcee-ing), order a bottle of bubbles, gaze longingly at the other person.  Don’t forget to use protection, and BOOM – best night ever!

I was never a big dive bar person, but Michael Neff and Pam Wiznitzer have both changed my perspective recently. The Ear Inn and Jimmy’s Corner both have a new fan.

Even the most sophisticated, complex craft cocktails are nothing without good service. With that in mind: Grand Army and Colonie in Brooklyn. Every time I set foot in either place, the cocktails are incredibly thoughtful and unpretentious, always made with high-quality ingredients; what’s even more wonderful: the staff at both of these bars give the best service I’ve ever experienced. I don’t care how crafty your drinks are- if you’re not hospitable, it doesn’t work.

DUMPLINGS IN CHINATOWN. Or a french dip at an old diner! Actually, both. It’s both.

The backyard at Diamond Dogs in Astoria or Broken Shaker (on the rooftop of the Freehand Hotel.)

I’m in the process of building out the little bar downstairs at Town Stages into a spirits library – it will house a collection of rare whiskey, rum, agave, and absinthe, with limited champagne service. No cocktails, neat/rocks pours only. 8 seats maximum. A place you can take a colleague to impress, or curl up in one of the leather chairs by the grandfather clock with a book and some scotch. There’s also another massive separate project in the works that is being kept quiet for the moment…stay tuned.

joanna carpenter NYC Bartenders TriBeCa
Roller Skating, Fino Sherry & Dumbledore: Drinking With Joanna Carpenter2018-08-162018-08-15https://thirstymag.com/wp-content/uploads/2016/04/thirsty-nyc-logo-1.pngthirsty.https://thirstymag.com/wp-content/uploads/2018/08/joanna-carpenter-feature.jpg200px200px
About
Tara Fougner
Tara has a deep passion for all things in the drinks world, but does not care for writing bios. One might think that Tara was destined for beverage media as her great-grandfather, G. Selmer Fougner, is credited by David Wondrich as being "America's First Drinks Writer." The self-proclaimed "biggest bar superfan" of the Thirsty crew, Tara became a founding Partner of Thirsty after working in the beverage & hospitality industry for over 15 years. A lifelong New Yorker, you can usually find her hunkered down on some barstool around the world chatting up the bartender about their menu and endlessly taking pictures of drinks for the 'gram. 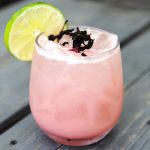 Where to Drink Rum at Spots All Around MiamiFeatures 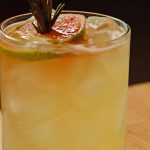