Growing up in New York City, Kelvin Uffre – a musician, playing in various bands at various times of the day or night, while attending college at the same time – found the work flexibility he needed in the service industry. While waiting tables at Firmdale’s Crosby Street Hotel in Soho, he was chosen to attend a company trip to Paris, and to the province of Champagne. This trip awoke a passion in him and led to a life-changing decision: to pursue a job in the beverage industry.

Upon his return, and after much hard work, Crosby Street promoted him to Bartender; under Head Barman Richard Lilley, he began to learn the classics. After stints at Bobo, Barrio 47 and Aldea, he was offered a position behind the bar of Maison Premiere, where he delivered one of the Time Out New York’s Top 100 Cocktails for 2013, with his Spanish Crown Julep, in which substituted mescal for whiskey and infused it with lemongrass. Now the head bartender of The Eddy, guests can observe Uffre’s confident mastery of ingredients and a thoughtful creativity, all in pursuit of the perfectly balanced cocktail.

We caught up with him, and learned all about his favorite places and things to drink all around town. Check it out!

Favorite NYC place to hang out over a drink when you’re not working:

When I’m off I really enjoy lower ABV and the more simple the better. Donostia is incredible. Will Peet of the Nomad Bar runs the program there and it’s magnificent. The sherry list is unparalleled and his Adonis cocktail is unmatched.

My go-to drink is a Cuba Libre, essentially a rum and Coke with a little bit of lime juice. The lime juice has to be fresh and the Coke has to be Mexican. Although lately I’ve been drinking really expensive Bordeaux mixed with ice and Dr. Pepper…please don’t tell my owner.

First job in the industry:

I believe my first Job in the industry was serving tables at Spice Market. They made us dress like monks which

First alcoholic drink you ever had and tell us about the first time you got drunk.

The first memory of alcohol I have was drinking Colt 45; one dollar for 40 ounces of sweet malty nectar was a no brainer. The first time I got drunk, I think I was 15 and I don’t remember much. Definitely malt liquor and a gas mask was involved. A friend of mine passed out on the couch, peed himself, then rolled off and smashed his face on the floor, knocking his front teeth out. I watched all this through a gas masked filled with marijuana smoke while clutching a bottle of malt liquor. I laughed til I threw up. Literally.

What ingredient are you most excited about right now?

Fruity Pebbles! I’m infusing Aperol with Fruity Pebbles and pairing it with Greenhook Old Tom gin and apricot eau de vie for my Bedrock Fizz: a take on a Ramos Gin Fizz. The Pebbles add the underlying nostalgia of Saturday morning cartoon snacking.

Coffee, specifically the cortado at Abrazo on 7th between 1st and 2nd. It’s a revelation and a little pornographic.

Favorite person in the industry:

Our prep cook Jack! He’s a very powerful human being, although I think he’s only 10% human. Jack always incites powerful conversation and works harder than any one I know. He’s humble about the fact that he’s immortal and is always up for a good schoolyard fight.

I made a crispy pig ear salad at home and enjoyed it with a Isategi cider. Untouchable.

Fave spot for a super chill or date night:

My Tinder is off the charts right now so I’m running out of options in NYC. There is an amazing cigar bar in Newark NJ run by my good friend and fellow bartender Marc Witzig. If you can’t sip Armagnac and smoke a nice cigar I’m swiping left.

My Favorite NYC hidden gems are uptown and I prefer to keep them hidden.

What are you most proud of in your career thus far:

This is a difficult question to answer because I feel very lucky and privileged to be a part of such an amazing team at The Eddy. I think I’m most proud of the bar team I’m mentoring now and the fact that I get to walk through those doors and perform to my optimum ability every day.

Mentors … Who do you look up to and why?

I don’t look up to anyone, the term mentor for me is a perversion. I learned a lot from many different people, all of whom I appreciate but decline to celebrate, except Jack (see above).

What are you working on:

Keeping my fade tight and my suit pressed.

Besides some of the venues the where mentioned above you find him behind the bar at The Eddy.

Connect Socially with The Eddy

Drinking With
Fruity Pebbles, Mexican Coke & Pornographic Coffee with Kelvin Uffre2015-02-272016-08-23https://thirstymag.com/wp-content/uploads/2016/04/thirsty-nyc-logo-1.pngthirsty.https://thirstymag.com/wp-content/uploads/2015/02/Kelvin-Uffre-The-Eddy-East-Village.jpg200px200px
About
Jessie Gibson
I am one of the co-founders of Thirsty. I shoot photos of cocktails and video. You can learn more about me at Jessie Gibson or connect with me on Instagram: @JessieGibson. 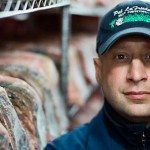 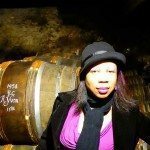