Growing up in a small town outside of Paris, Maxime (Max) Belfand was anxious to see the world, and upon turning 20, he packed his bags and moved to London to learn English and promptly began working in the kitchen of a French restaurant. Just months later he realized the dark and antisocial kitchen was not the place for him, and he set out to work behind the bar where he could interact with guests.

He was hired at Ronnie Scott, London’s most famous jazz club, where he started as a barback learning his way around the bar as well as the drinks menu learning from some of the city’s most decorated bartenders. He quickly moved up to bartender and eventually was promoted to bar manager where he ran the cocktail program for 3 years.

After a quick stint in Mexico, Max made his way to New York City where he used his beverage knowledge to get a job at a wine shop. Shortly thereafter, he was hired at Saxon + Parole, one of New York City’s most celebrated cocktail bars and restaurants, where he learned NYC cocktail culture and tricks of the trade from world-renowned barmen, Naren Young and Masa Urushido.

Today, Max is the head bartender at Saxon + Parole (S+P) where he manages the seasonally-changing cocktail list as well as serving guests with a smile…and a French accent.  As he has some serious shoes to fill, we cannot be more excited for Max’s moment to shine at one of our favorite bars in New York City.  And because he not only a very talented bartender, a true practitioner of hospitality, but is also one thirsty’s favorite humans … let’s go drinking with Maxime Belfand. 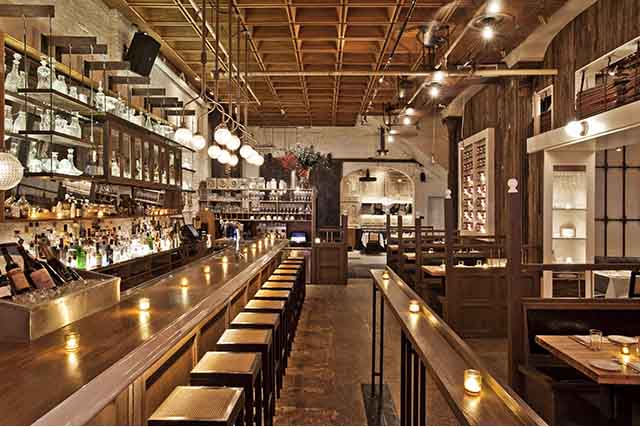 Let’s start by telling us about the overall beverage program and cocktail philosophy at Saxon & Parole.

The program at S+P is pretty amazing. It’s an American restaurant bar serving classic cocktails that we’ve re-visited to make a touch more modern. We work seasonally and with local purveyors as much as possible. There are a few S+P classic cocktails that never go away, but we also do a menu revamp with the change of the seasons when new and exciting produce and products are available. We like to deliver simple and delicious beverages with the best hospitality possible – it’s all about the experience after all!

It all started 16 years ago. I went to a culinary school back in France, in my home town of Chartres – a smalll city about an hour way from Paris. Initially, I wanted to become a chef, but after a year, I realized that wasn’t the career for me. I didn’t love being locked up in the kitchen for 12 hours+ per day with very little daylight and no socializing. It wasn’t for me.

Three years later, I moved to London.  Funny enough the only job I could get was in the kitchen of a French restaurant, so I worked there for a few months to make money and improve my English. After a few months working as a cook in London, a friend working at Ronnie Scott, a famous jazz club, told me about a job opening as a barback. I took the job and never looked back. Eight months later I was promoted to bartender.

I am big fan of the low ABV trend right now. This is something that I’m very used to coming from France. Sipping on an aperitif is normal for the French – I love a great Americano or Fino Sherry and tonic. Either would be my go-to drink on a night out before dinner … before switching to wine, of course!

I drink both coffee and tea. Living in London left some marks on my drinking and eating habits haha. I start the day with a coffee, usually an almond latte and lucky enough I have a Blue Bottle Coffee across the street from my apartment in Brooklyn. In the afternoon, it’s usually tea time (earl gray and then usually an herbal variety at night).

Tell us about your first boozy experience? Where, when and what?

Not my most pleasant memory to be very honest haha. I was 15 and I was at a house party. I was drinking a beer called Desperado. I still remember the whole episode – I had way too many. It felt great for an hour or so, and then I was sick for the rest of the night and couldn’t touch a beer for the next 10 years. I have recovered since then but let’s talk about something else.

Steak and eggs with a big glass of fresh-pressed grapefruit juice!

Tough one! I would go for a mezcal margarita and I would keep the bottle until the end…

Winston Churchill seems the most appropriate for a drink and good conversation. 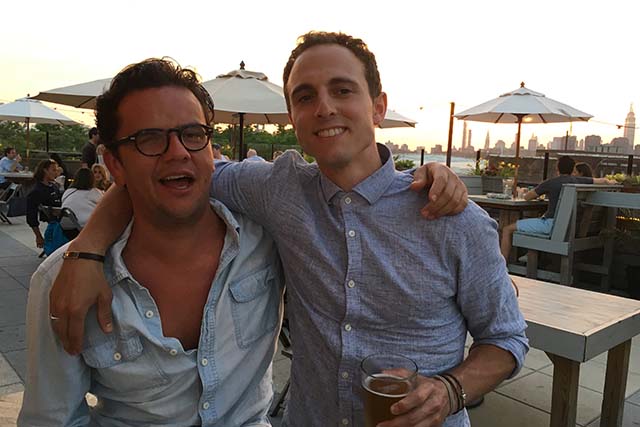 Who is the best industry drinking buddy for a wild night?

There are a few but my pick Camille Austin aka La Loba and Ignacio Jimenez aka Nacho without a doubt!

You have been part of some amazing bar teams, what is the best recipe for a fantastically fun bar squad?

You need to have the right balance when it comes to personality and style so you can learn from each other. Having a leader is also very important to guide the team to success and happiness.

What’s your theme song behind the stick?

It depends on my mood and what kind of vibe I’m in on a particular night, but I think my favorite is “Numb” by Gary Clark Jr. 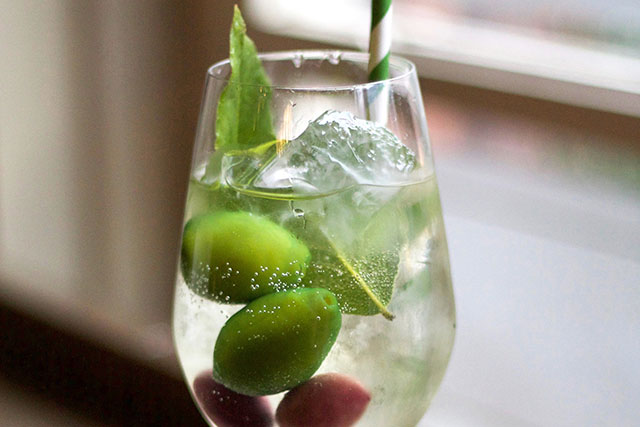 What new drink for the new menu are you most excited about?

You are quite a world traveler and lived in several different cities. What are some of your favorite international bars?

Taking out-of-towners for the quintessential “Only in New York” experience: The Dead Rabbit or PDT, hard to do better than that.

Romantic “let’s get it on” date night: Attaboy – can’t get sexier than that…

A Classic Dive Bar: Von, which is right across the street from Saxon + Parole

Outdoor Drinking: The Williamsburg Hotel or my own roof top

Shameless Plug Time – what’s going on in your drinks world to share with thirsty readers?

There are so many things happening at the moment in NYC, but to be very honest, the most exciting for me will be to see Masa Urushido, who is also a mentor to me, open his first bar in the next couple of months.

Saxon + Parole
Spritzes, Bar Squads and Desperados: Drinking with Maxime Belfand2018-04-122018-04-12https://thirstymag.com/wp-content/uploads/2016/04/thirsty-nyc-logo-1.pngthirsty.https://d2rf0detuhmti.cloudfront.net/wp-content/uploads/2018/04/maxime-belfand-feature.jpg200px200px
About
Tara Fougner
Co-Founder of thirsty, Tara Fougner has over over 15 years of industry experience and a passion for the global beverage community. One might think that Tara was destined for beverage media as her great-grandfather, G. Selmer Fougner, is credited by David Wondrich as being "America's First Drinks Writer." A lifelong New Yorker, you can usually find her hunkered down on some barstool around the world chatting up the bar crew about their beverage program and endlessly taking pictures of drinks for the 'gram. In 2020, Tara was honored by Drinks International on their 'Top 100 Most Influential In the World' List. 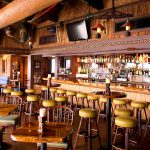 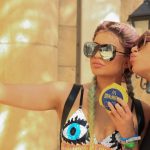 Party With the Stars in the Desert: The Ultimate Coachella Party GuideFeatures