If you have ever been to Porchlight in far west Chelsea, chances are you have enjoyed a cocktail made by Nicholas Bennett. He is not only friendly but quite a mixology master – he previously honed his skills at Booker & Dax, part of the Momofuku empire – and now, as head bartender at Porchlight, he puts out quite a menu of beverages.

You can also follow him in his Lego form (yes, seriously) with #LegoNickatLarge drinking his way around New York City and beyond. So let’s go drinking with Nicholas Bennett.

Nicholas Bennett, Head Bartender at Porchlight. I live in Williamsburg though that might change when the L train decides to shut down.

How did you get started in the biz? What was your first hospitality job?

I had a few jobs budding tables early on but I really got ‘started in the biz’ when I was offered a bar back position at the Corner Bar in Sag Harbor by my uncle, the owner. It was a beer-and-shot sports bar that I used to supplement my ambitions to be a writer at the time. It was a great launch pad to really spark my interest in spirits and cocktails and I was able to have a lot of fun there. I really started in hospitality, though, when I moved to Brooklyn into a loft space in Williamsburg and started hosting dinners with cocktails with my roommates. This would grow into a supper club called the Whisk and Ladle.

A beer and a shot or a martini. That is all I really ever want when I go out but I will let the atmosphere make the decision for me.

Do you drink coffee or tea? Any favorite local spots to mention, how do you drink it and how many times a day/week?

Coffee. Come on, what kind of question is that? I am a huge fan of the team at the La Colombe right here on 27th and 11th. They are a group of rock stars and really know their styles. I drink 4-7 cups a day (I can’t tell if that is a lot anymore). I don’t even want to know how much I drink a week, don’t make me think about it.

What are your favorite bars in NYC?

Classics: The Dead Rabbit, Amor Y Amargo, or Pouring Ribbons. I can go to any of these bars and be floored by their ability to make cocktails and make me feel at home.

Take out of Towners for the ONLY IN NYC experience: Death and Company for the OG NY City cocktail experience. The Nomad if they are feeling like a baller. But Suffolk Arms if they want something authentically New York.

If you see someone order a –BLANK— it impresses you right now.

Right now, a Tipperary. Don’t ask me why but I have had a few calls for it recently and I have had to take a moment to just look at the guest in admiration. It is a delicious cocktail and one that I would love to make more of.

Special shout to any bartenders or drinks makers out there that you do your best to visit and deserve some special love?

Chris Lowder, if you can find him galavanting around Asia. The man is changing the whole global cocktail profession and he deserves all of the love and recognition for it. Or, if you want to find someone equally passionate about our industry a little closer to home, look for Jack Schramm over at the Nomad.

He used to be the bar captain at Booker and Dax and is definitely going to be a name that we all recognize soon.

Spill it …. shameless what are you working on right now?

I have had a few taps remain unused at Porchlight for some time now. I am trying to make cocktails come out of them very soon. 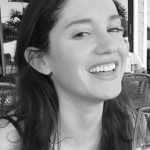 Bottomless Brunch, Ice Cream, and Thanksgiving with the Fam: Drinking with Tipsy Scoop’s Melissa TavssDrinking With 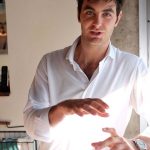 Nitrogen-infused Coffee, and Secret Projects: Drinking with David FoulquierDrinking With