The following is just one man’s opinion.

Hell’s Kitchen is a weird place. Sandwiched between the very heart of midtown and the best real estate for car dealerships in Manhattan, burdened with a violent and fiery past and a tentative, if not uncertain, future, Hell’s Kitchen is ostensibly a bastion of old New York City, and yet is unrecognizable from the new. The place is inscrutable, and despite multiple adventures into the neighborhood, it still looms in my mind as one of the least explored territories on my bar-going map of NYC.

Like most things I don’t understand, I do not trust Hell’s Kitchen. It’s not the proximity to Times Square that unnerves me, but the likeness to it. Indifferent Irish pubs combination sports bars, chain restaurants, and all the other uninteresting venues towards which I’m most definitely being unfair. But look, one way to measure how much you like something is how often you find yourself coming back to it. For one reason or another, I don’t often find myself in Hell’s Kitchen, and that’s reason enough, perhaps. 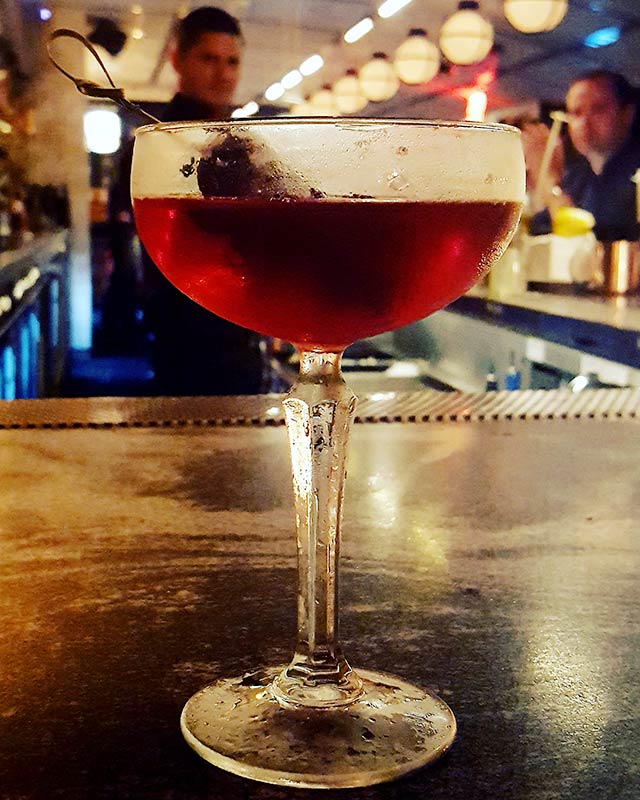 But. Maybe. Juuuust maybe… I might be finding myself there a bit more often. Turns out, there’s a newcomer to the scene, a place I do know, and a place I’ll be revisiting, for sure. Enter Dutch Fred’s, just west of Eighth Avenue, a fresh breeze in Hell’s Kitchen. The bar can serve as a portal into that old mythology of New York (what with the old movies, pictures and music) without sacrificing its connection to the new standard of Manhattan cocktail bars.

And, luckily, as Sasha Petraske so elegantly demonstrated, the new New York is indeed a reflection of the old New York. Dutch Fred himself, a veteran police officer from more than a century ago, is credited with coining the neighborhood’s nickname, comparing it unfavorably to Hell itself, and his likeness can be found in several places in the bar. The tin ceiling, tile flooring, and wood-paneled walls hearken back to previous age; the bartenders are professional, friendly, and quintessential New Yorker, and the drinks themselves contain the spirit (literally) and temperament of a different era, both fictional and otherwise. 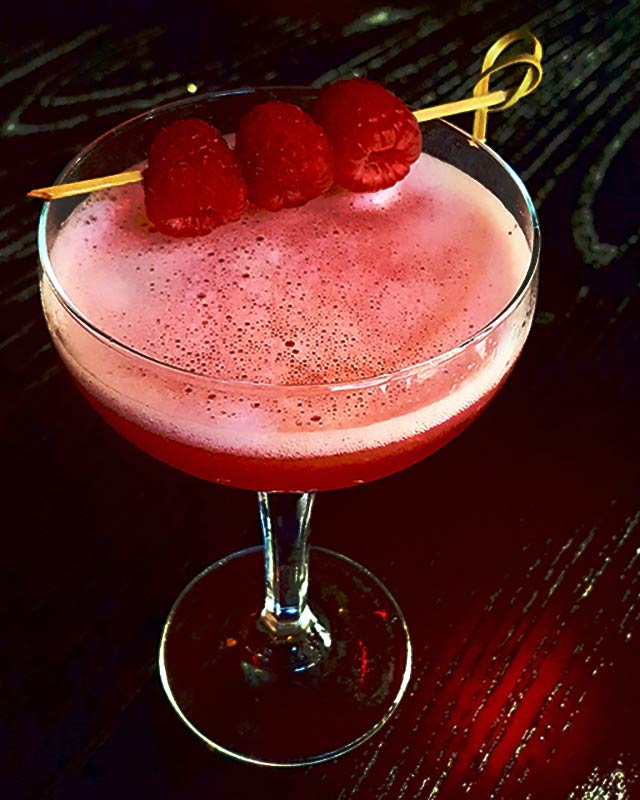 Like any bar wishing to survive in Midtown West, Dutch Fred’s caters to a theater crowd and you’ll figure out how with your first glance at the menu. Most cocktails are named after Broadway shows or the people that made them famous (the remainder recalling Fred himself). There’s the “Kinky Boots”, a drink as red and as vibrant as the eponymous footwear itself: Tito’s Vodka & St. Germain provide the substance, raspberry does the rest of the work. The “Astaire Sipper” is as handsome and entertaining as Fred (not the Dutch one) himself; Old Forester Bourbon, Campari, and Antica combining in a well-rehearsed cast and production.

The “Curtain Call” is tall and smooth. Its stars, Rittenhouse Rye and Meletti Amaro, hide behind a thick egg white mix, until their cue is given (and one needs not wait long). Finally, much like Hamilton has succeeded in bringing hip-hop fans to Broadway and vice versa, the “Hamilton”, a mix of Allagash White & Plymouth Gin, can bridge the gap between beer drinkers and cocktail connoisseurs. 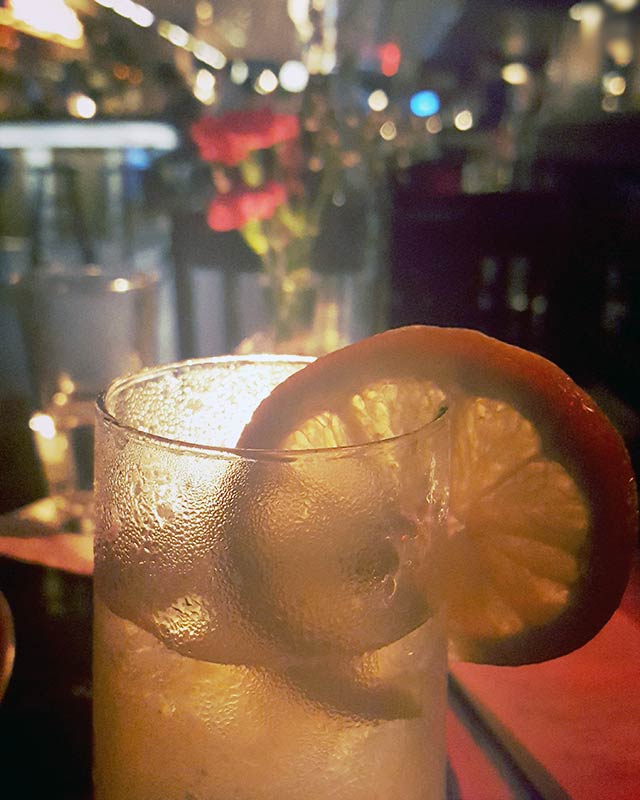 If legend holds (and legend always will) Dutch Fred once said that compared to the midtown neighborhood that was his beat all those decades ago, “Hell is a mild climate.” Whether you order the drink of the same name (you should: tequila, Campari, lime, grapefruit & agave hellfire bitters), Dutch Fred’s can provide some relief to the burning oven that is New York City in the summertime. A bit of history, none of the drama. Unless you’re an actor, of course.

Hell is a Mild Climate 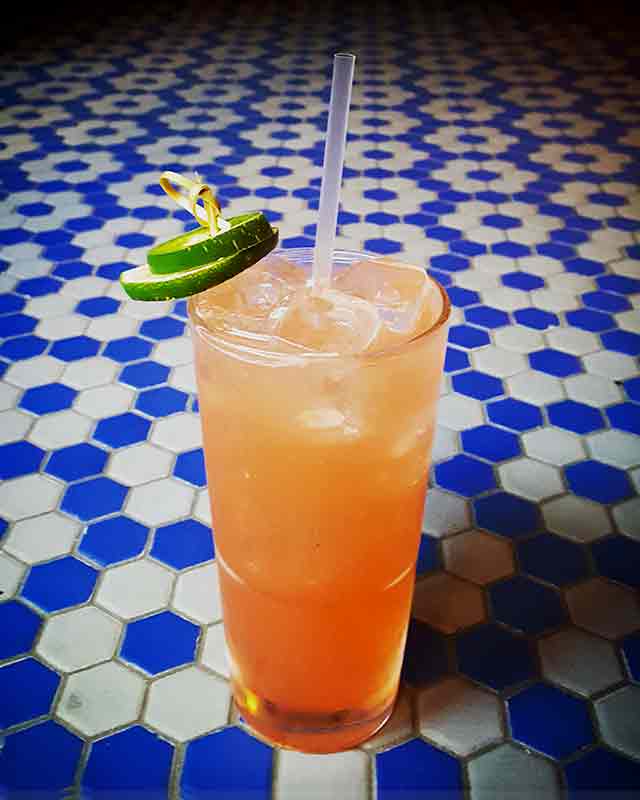 Barstool Review Barstool Reviews cocktails Irish Bars review
Dutch Fred’s Hell’s Kitchen2016-07-182016-08-23https://thirstymag.com/wp-content/uploads/2016/04/thirsty-nyc-logo-1.pngthirsty.https://thirstymag.com/wp-content/uploads/2016/07/dutch-freds-midtown-nyc.jpg200px200px
About
John Chamberlain
John Chamberlain has done a lot of walking, and by walking he means bar crawling. As an aspiring bar owner, he can't think of a better place for research than New York City. If you see him reading a book at the bar, feel free to interrupt. Follow his IG-worthy adventures @thebartographer. 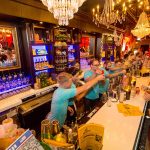 Keys to Success at Tales of the Cocktail 2016Features 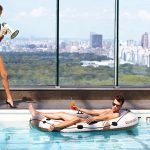 Where To Sip Cocktails Poolside in NYCFeatures