With deep Chinatown roots, General Lee’s is honoring its neighborhood’s culture with an all-new menu dedicated to ancient Chinese fables.

General Lee’s was first established in 1860 by Lee Woo Hoy where Union Station currently stands in what was known as Los Angeles’ Old Chinatown. The restaurant was originally named Man Jen Low which translates to the House of 10,000 Treasures. General Lee’s then moved to its current location in 1938 and was renamed General Lee’s Man Jen Low where it was run by Lee Brothers Enterprise: David, Walter, Norman and Merton Lee, the grandsons of Lee Woo Hoy. At its height, General Lee’s was the favorite haunt of numerous celebrities, artists and athletes. 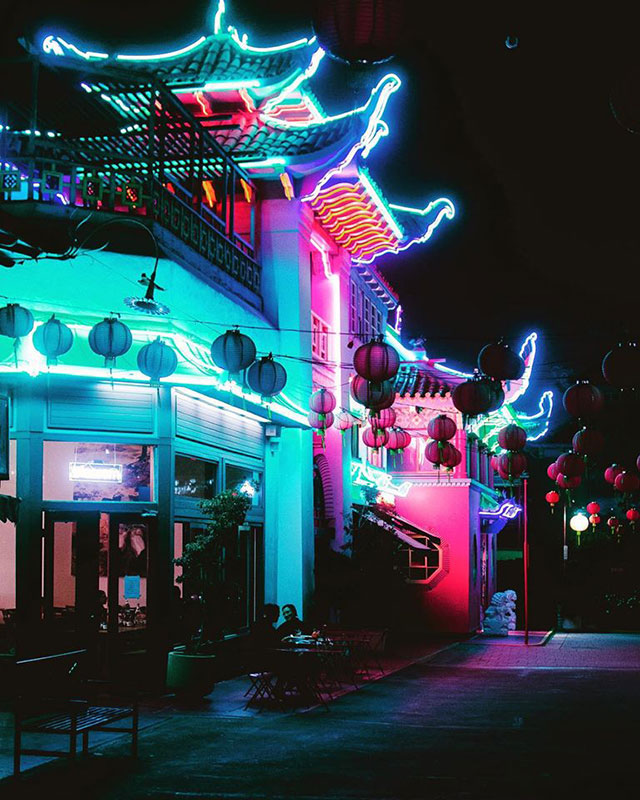 On any given night you might have seen Walt Disney or the Marx Brothers showing off their chopstick skills. The designer, Rudi Gernreich was a regular patron and designed the iconic waiter’s uniforms once featured in LIFE Magazine. The menus and logo were designed Milton Quon, an animator on Fantasia and Dumbo.

In 2013, General Lee’s was reestablished by Eight not Four Group and restored with a nod to the original space. The Fables menu was developed by the entire team at General Lee’s led by head bartender Phil Ly. General Lee’s cocktail program incorporates classic Asian flavors into forward-thinking cocktails.

The inspiration for the 13 drinks on the menu tell the stories of Monkey Kings, Butterfly Lovers, the God of War and more. The Elixir of Immortality cocktail, for example, is based on the fable of a legendary substance found in many ancient cultures. This elixir is expected to grant eternal life to the person who consumes it. The history of China is filled with emperors and other important men who sought to live forever but instead died an untimely death for their ambitions.

General Lee’s mission is about creating a friendly ambiance where locals, industry folk and artists can celebrate the old and new, with the creative cocktails helping to tell the story.

Goddess of the Moon 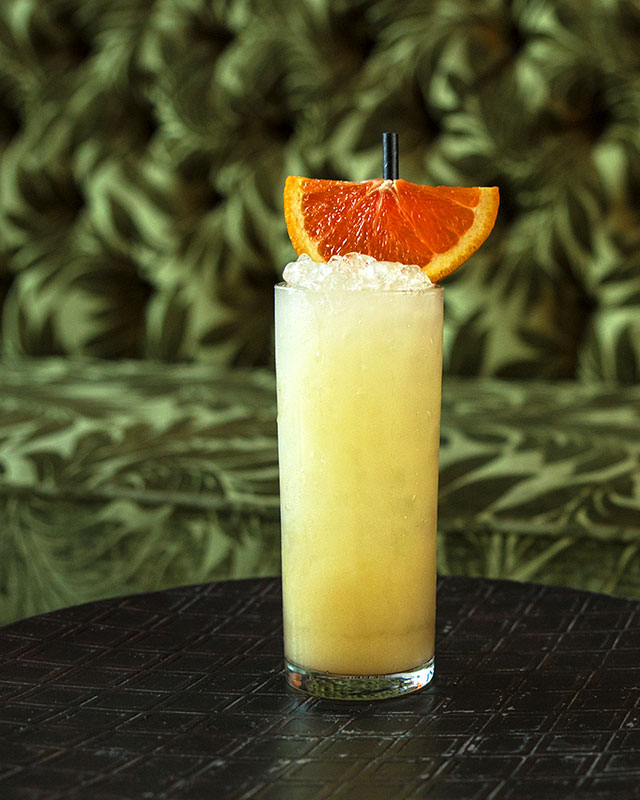 “Loss does not hinder opportunity”

This sweet, creamy and fruity cocktail is made with Zubrowka Vodka, Calpico, 5-spice , lemon, orange and rose water. 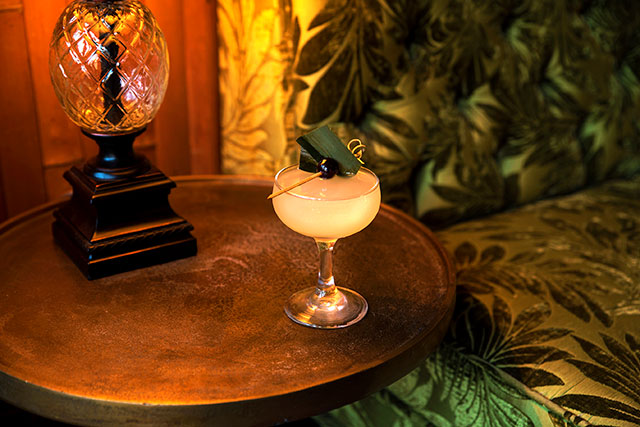 “It is never too late for second chances”

This nutty, refreshing and crisp cocktail is made with rum, lime, pandan and cherry. 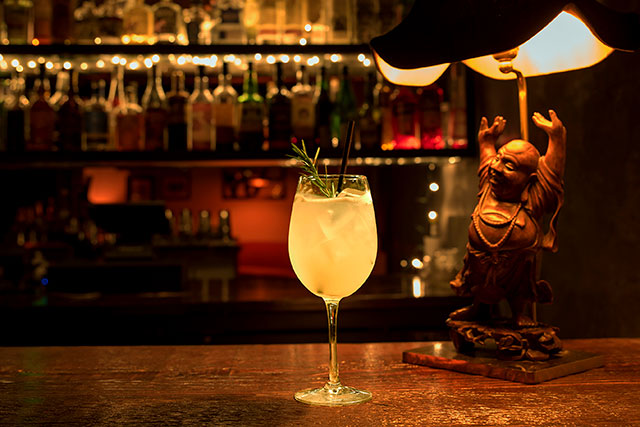 “Goals that are self-serving are usually meaningless and hollow”

This sweet, effervescent and tart cocktail is made with gin, rhubarb, pineapple, lemon, Prosecco and rosemary. 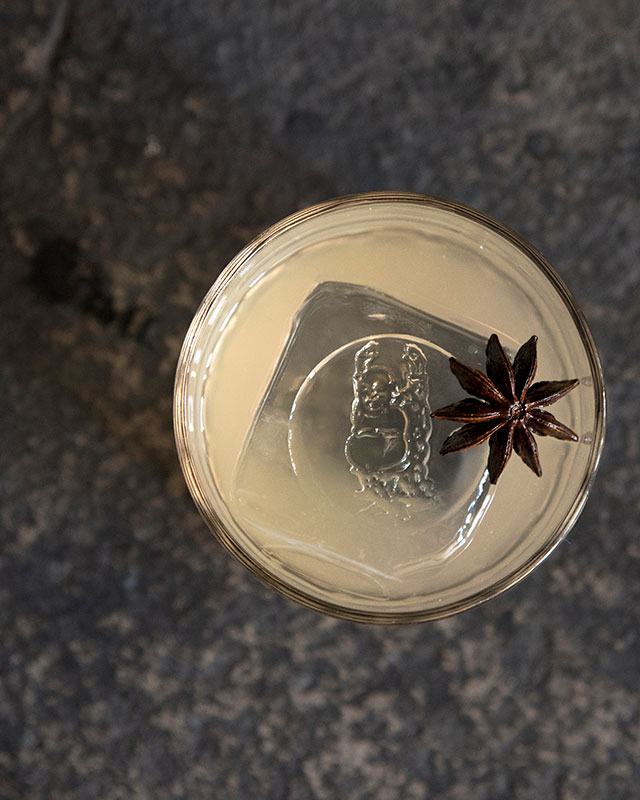 “What seems like a curse may be a blessing”

This creamy, sweet and licorice-flavored cocktail is made with Famous Grouse Blended Scotch, cream sherry, Meletti Anisette and lemon. 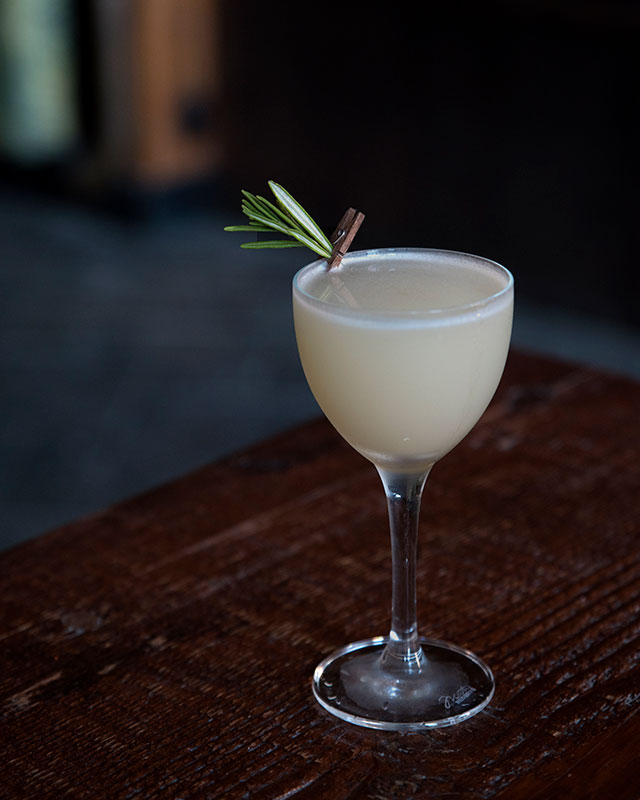 “In times of trouble, one should not only help his own but others as well”

This refreshing, clean and crisp cocktail is made with Clear Creek Pear Brandy, fino sherry, orgeat, lemon and allspice dram. 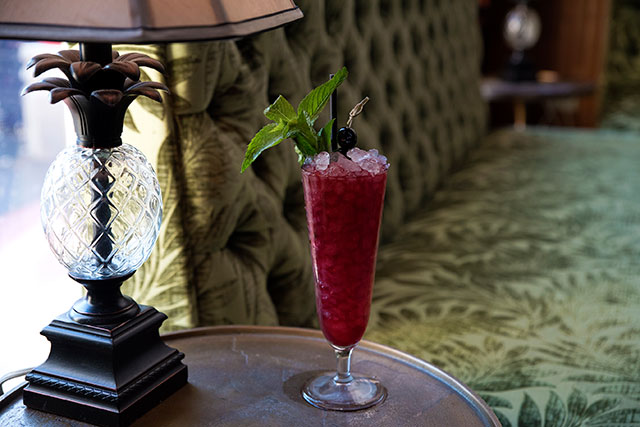 This floral. Herbal and tiki cocktail is made with Hibiscus Gin, Park Cognac, Benedictine, 5-spice, lime, cherry and mint. 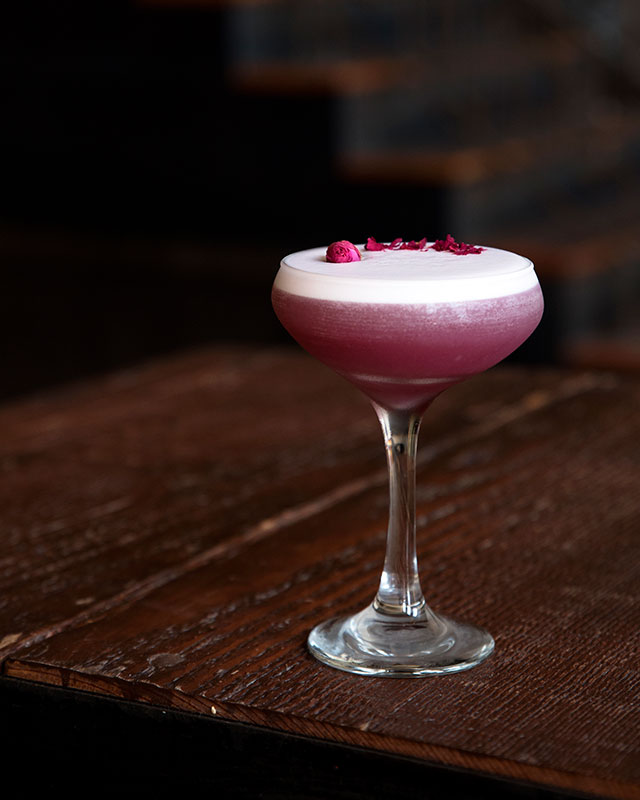 “There is beauty hidden beneath those thorns” 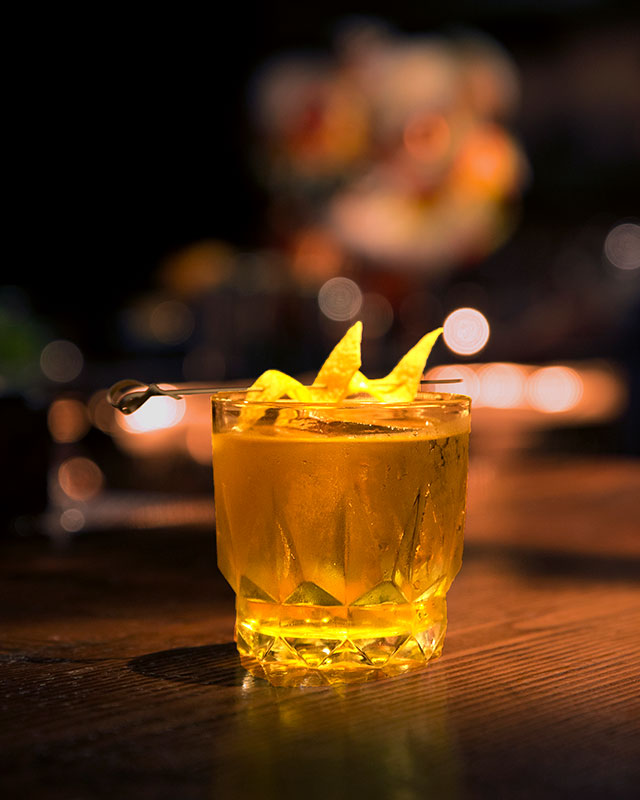 “One good turn deserves another”

This nutty, sweet, and bitter cocktail is made with Amass Gin, Cocchi Americano, Suze and Nocello. 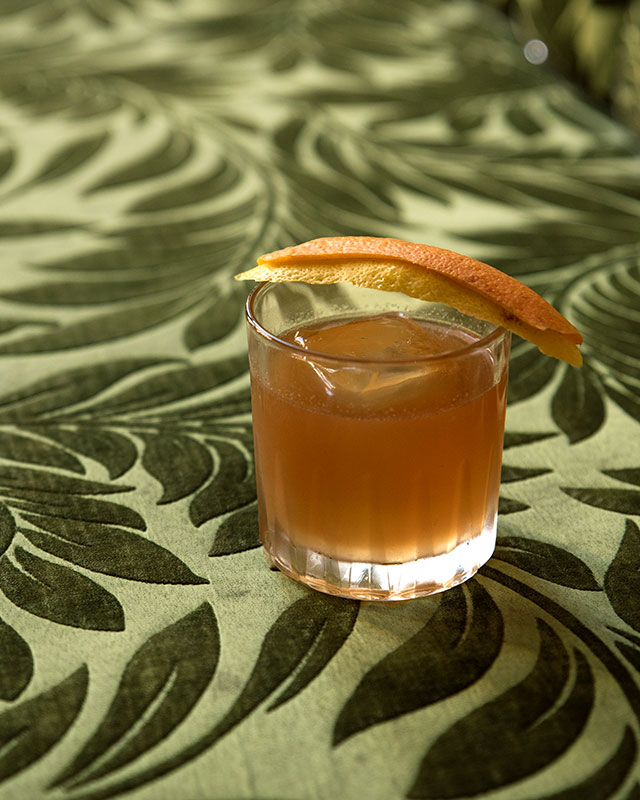 “Loyalty is of the highest honor”

This smoky, savory and spirit-forward cocktail is made with Old Overholt Rye, sesame, angostura bitters and Bigallet China China.

The Moon in the Well 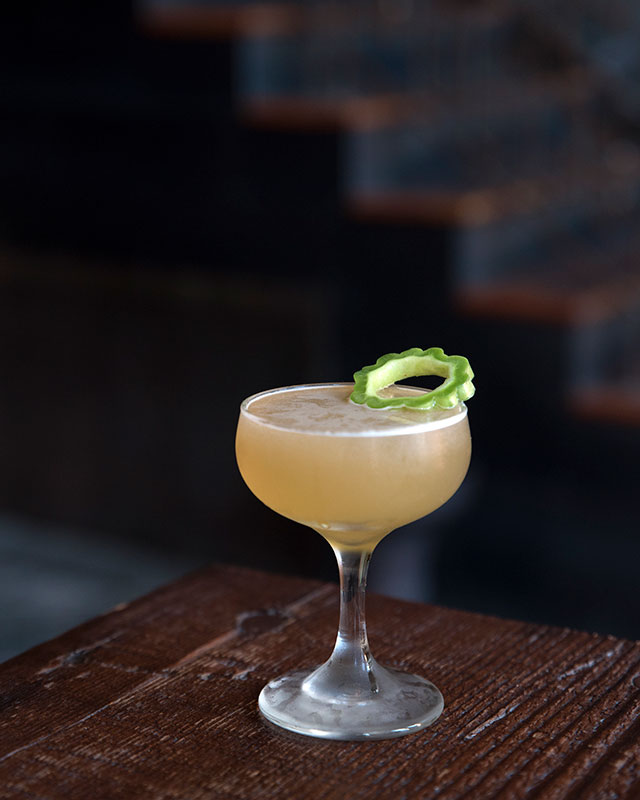 “Having a new perspective can solve old problems”

This green, herbal and refreshing cocktail is made with BitterKin White Whiskey, Amaro Angeleno, Amaro Nonino, bitter melon and lemon. 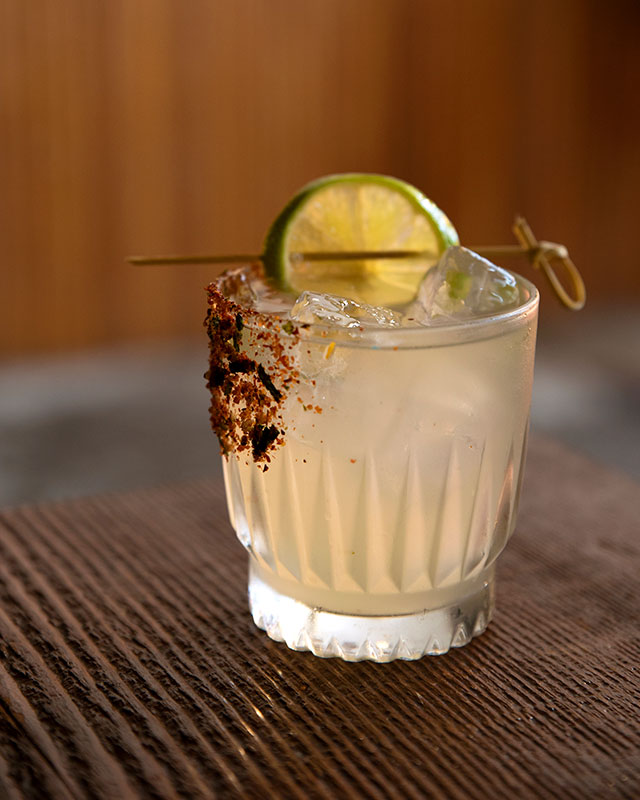 The spicy, sweet and refreshing cocktail is made with tequila, pineapple, Thai Chili, lime and  furikake/Tajin rim 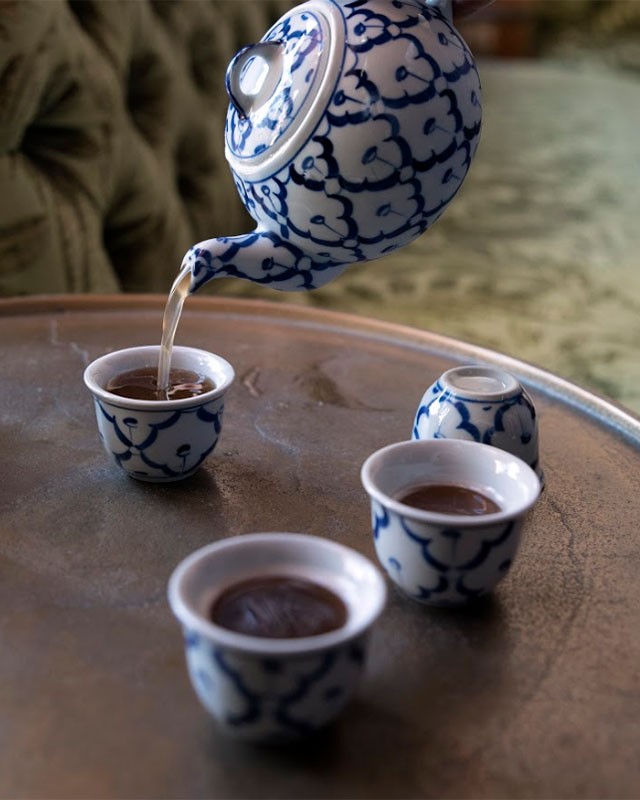 This shared cocktail is made with Ming River Baijui, rye, lemon, loquat, lavender, ginger and bitters 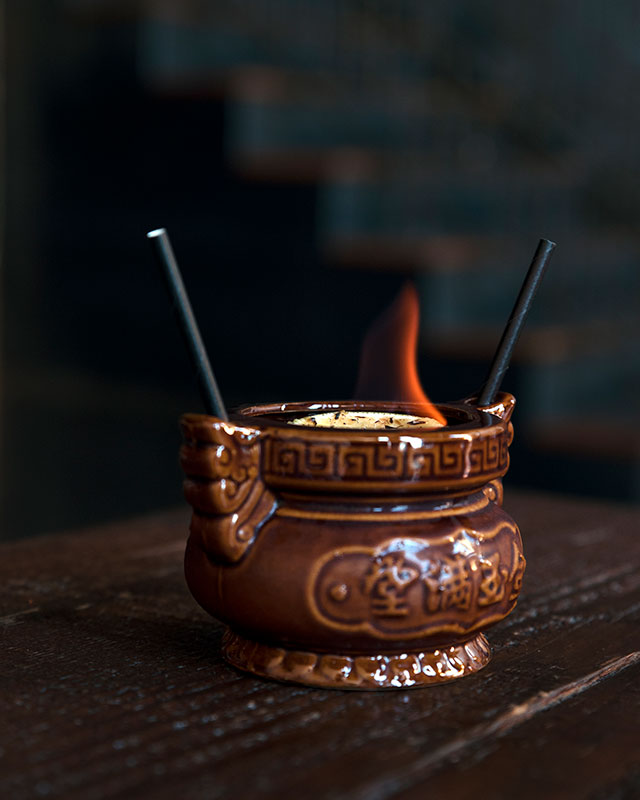 This cocktail for two is made with rum, Cognac, Combier, overproof rum, lemon, passionfruit ginger and bubbles.