Herbs & Rye is about to add a second Bartender of the Year to its name: Giuseppe González will clock in for his first official shift at the award-winning Las Vegas restaurant and bar on the evening of Tuesday, May 15, 2018. Nearly two months after the sudden closure of his Manhattan bar Suffolk Arms in late March, González says that he will remain in Sin City.

The move stems from a falling out with his former business partner, Ruben Rodriguez, who apparently closed Suffolk Arms while González was in Las Vegas to judge Barmania 4 (Herbs & Rye proprietor Nectaly Mendoza’s annual charitable competition) and to receive his award for Bartender of the Year 2018 from Nightclub & Bartending the magazine’s annual trade show and convention. 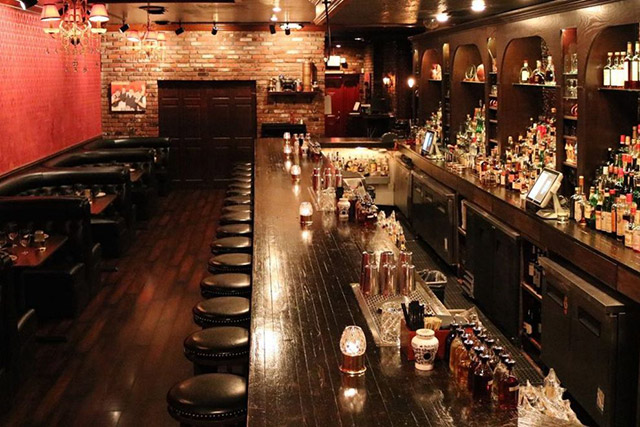 González says he returned from that trip to find his bar closed, and the news spread through the industry while he was already on a flight back to Las Vegas. “I said, ‘Just come back here, for sobriety’s sake, for your health,’” Mendoza recalls. “So we got him back. Everyone was calling me, asking where he was.”

Now, if you know him at all, you know that González is something of a conundrum, being both righteously self-assured and hilariously self-deprecating. He will tell you that that he doesn’t know why anyone gives a shit what he does (unless it involves mentoring), and delights inwardly when people quote his most famous drinks to him (“Hey, mate, can I get a Trinidad Sour/Infante/Jungle Bird? I’ll walk you through it!”).

At the same time, he will also tell you that he knows he could pick up right now and work anywhere in the world, that he’s earned that much for his contributions, considerable time in the biz and his exposure to many of the greats including Julie Reiner (Flatiron Lounge), Audrey Saunders (Pegu Club) and the late Sasha Petraske (Milk & Honey). Grubstreet.com has called him “the kind of New Yorker who needs you to know how amazing he is as badly as he needs you to know he doesn’t give a shit.” Many call him a mentor; some friends call him ”Papi,” two teens call him “Dad,” and he takes none of it for granted, being vocally grateful for his vocation, his sobriety and his family, both actual and acquired. 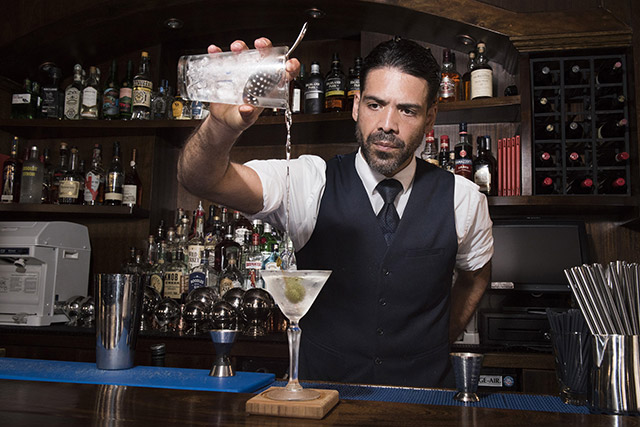 Still, notably absent of late from social media—where he shares select amusing hot takes on current events—González has for these two months been laying low at the Las Vegas home of his friend, Mendoza, taking his customary daily runs and thinking his about next moves in the wake of the Suffolk Arms closure. And the answer is that González has left the building. And the island of Manhattan.

González hasn’t spoken publicly about the closure. Then this week, with his plan solidified, he had this to say: “Some things happened in December that made my partnership impossible. Not a lot of people know this, but Nectaly was actually going to buy my partner out. We were all ready—he was in the process of becoming my partner at Suffolk. Then, a few months later, my partner decides that he doesn’t want to sell. My staff refused to work for this person; they walked out twice.

“So I just asked myself, ‘What do I want from my life right now?’ I’m like, ‘Well, I kind of like living in the middle of the desert, being surrounded by my sober homies, making a lot of money and being able to save and having my solitude,’” González says. “When I thought of [fighting for] Suffolk I thought, ‘What’s my life going to be like for three more years?’ I’m going to be accruing more debt, dealing with fucking landlords, dealing with a fucking lawsuit… And I’m just like, ‘Yo, you want it? It’s yours. Feel free.’ Because, at the end of the day, he might own it on paper but that bar is always going to be mine. I picked the portraits. I designed the bar. I picked the space, I chose the name, I chose the colors, I designed the menu … Like, you want to own a bar that I created and you feel that adds value to your life, go for it. But you cannot take me from it. You know that for the next year, two years, three years, people are still going to be asking about me and the staff and the drinks that we make, and that’s going to be your life: living in my shadow. Have fun with it.” 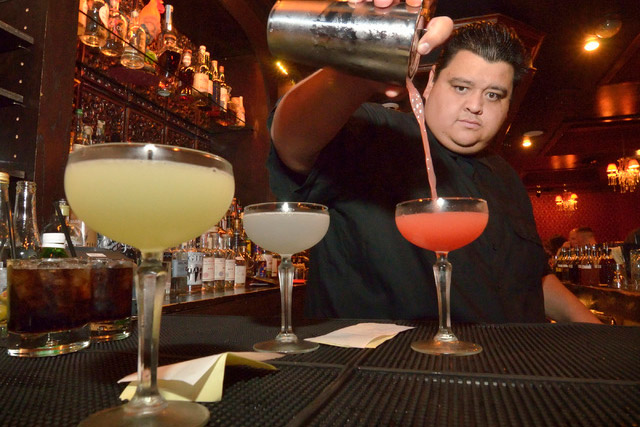 González says he can’t pinpoint the conversation when Mendoza asked if he would join the ranks of Herbs & Rye, but he does recall accepting. “I know there was a moment when he was like, ‘Think about it.’ And then I called him and I was like, ‘Yo, bro, were you serious about this? Because I think I’m being serious right now.’ And he was like, ‘Yeah, I was serious.’ And it was like, ‘All right then.’ and then I just flew down here and started training.”

Outside of Mendoza’s household, the only people who knew of his whereabouts, Mendoza says, were three Herbs & Rye staffers who have been training González, a task that must seem, at the very least, surreal. And González says he’s loving it. “Going back to being a soldier? I’ve been doing this for 22 years! Being a soldier, man, it’s just so much fun! It’s what I want for my life right now. It’s peace. It’s to be able to work and be happy when I work. It’s to be able to spend more time with my children, to be able to focus on being creative in a completely different way.”

This isn’t a guest shift or a popup, either. González says he’s thinking in terms of years, not months. “Anybody who knows me knows that I hate moving. Like, when I have a job, I keep my job. You know what I’m saying? I’m sober for four years. So it sounds just like when I started telling people I was getting sober and they were like, ‘OK, yeah, right.’ Or when I said, ‘Hey I’ve decided I’m going to run every day,’ on January 1. I still run every day. Like, I’m on run No. 130 right now.”

“It’s what he wants. He wants to be part of a bar team again,” Mendoza says of his hiring his friend. “He walked away from everything, showed up to Las Vegas with one cigarette. But he also has his mental health and his happiness. It was a big blow for him to recover from. And it’s amazing for him to do it here and be with us. It’s crazy: That actually puts two Bartenders of the Year behind one bar.” Mendoza was awarded the same honor by Nightclub & Bar in 2016. “And we’re both sober!”

“He brings passion and talent, but most importantly,” Mendoza continues, “I think he brings balance to us. I feel like there are so many things that I have and that I lack. He complements the team so well. His immense amount of knowledge, the way he fully gives out his artistry, the way he is as a person—it’s unique and beautiful. We’re all artists and we all have our own canvases and the way he paints his—it’s a beautiful merger. He’s not walking into a perfect bar. Herbs & Rye is a work in progress.”

But there’s even more for this new team to look forward to as Mendoza is gunning for an early August opening of his second venue, the long-awaited Cleaver Butchered Meats, Seafood & Cocktails. Like the rest of the staff, González will rotate between Herbs & Rye and Cleaver.

“I’m just super excited,” González says. “I’m even more excited because I’m seeing somebody I love, Nectaly, opening a second space. When it’s somebody you love, somebody who’s busting his ass and somebody who’s already had your back— I don’t know what I would have done with all this stuff happening if I didn’t have him. He got at me, talking to me, keeping me in check. You need your friends to be like, ‘Really think clearly. Don’t react impulsively. Don’t get angry, you know? The hard questions.”

One question left unanswered is what González is going to do when someone comes to Herbs & Rye, which specializes in classic cocktails, and asks for one of González’s modern creations. “I mean, my answer’s always that if I can make it, I always do. That doesn’t just pertain to my drinks, but any drinks,” he says. “I figure it’s always a good philosophy to try to never say no to the guests. You know, especially when it’s in your power.”

The Force, it seems, is still very strong with this one. 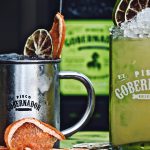 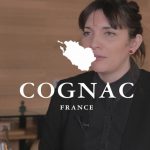 Ezra Star of Drink in Boston: “Cognac Will Blow Your Mind”Features, Spotlight