Guide to Drinking in Nashville

Nashville is one of our favorite city’s in America with a rich culture infusing music, food and lots of good booze.  Here are some of our top thirsty picks to drink your way around Nashville. 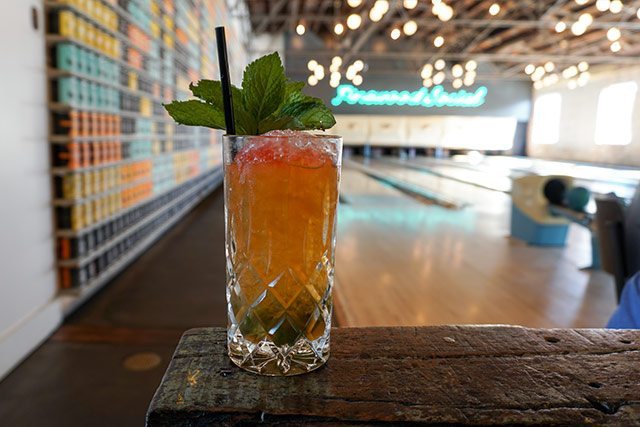 So many hospitality spots aimed to have “something for everyone” within their venue and while many get some areas right, other areas are par at best. However, Pinewood Social is the super rare instance where they hit a home run in every facet of their uber cool “multiplex.”

Offering co-working area, full-service restaurant, lawn games, bowling alley, pool with an airstream bar and indoor bar that is the epicenter of it all. If Pinewood Social offered apartments, we totally would want to move in there and never leave. 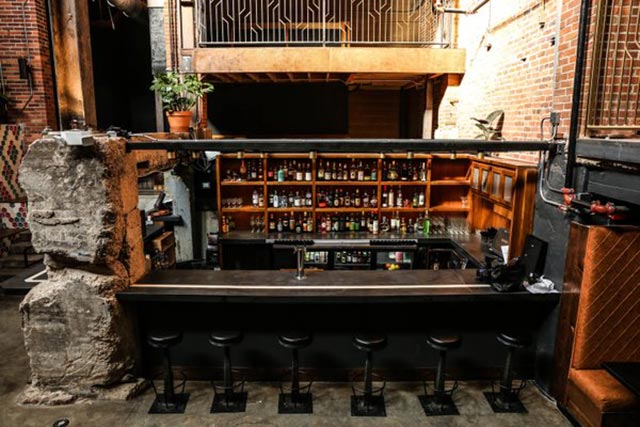 Walking into Old Glory gives you the same feeling of entering a grand old cathedral. Housed in an old boiler room of a 1920’s laundromat, this Edgehill Village bar and restaurant is truly extraordinary. As with most good things, it isn’t easy to find, but explore a bit past Taco Mamacita and descend a grand staircase to get transported.

As with most good things, it isn’t easy to find, but explore a bit past Taco Mamacita and descend a grand staircase to get transported.

Sisters Alexis and Britt Soler created a magnificent venue that mixes wrought iron and concrete slabs with greenery and artworks. The drinks menu offers craft cocktails like the Beet Happening with Mezcal and Beet and the Coffee Bruh with Bourbon, Nescafe, milk and Creme de Cacao. with a Speed Rack Sampler menu section and House Shot called Bang Bang with Mezcal, Grapefruit, and sal de 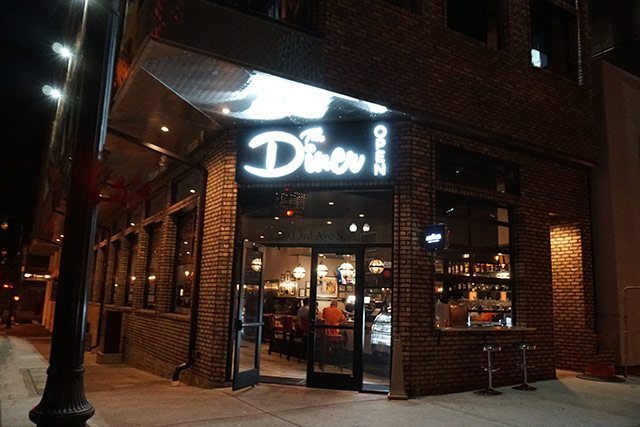 Liquor laws around the U.S. can be complicated, confusing and – at times – straight up wacky.  At The Diner Nashville, this proves wacky in the most wonderful way. Head to this mega 24-hour diner that boasts an impressive six floors of

Head to this mega 24-hour diner that boasts an impressive six floors of eatery with a 23-hour liquor license! Yup, you read that right: you can enjoy a boozy beverage at The Diner ALL day except for

Yup, you read that right: you can enjoy a boozy beverage at The Diner ALL day except for 3AM – 4AM. This is the only venue in Nashville that has been awarded this liquor license, so head here after all the other bars in town close at 3AM for some Hot Chicken to sober you up while you wait for them to start serving again. 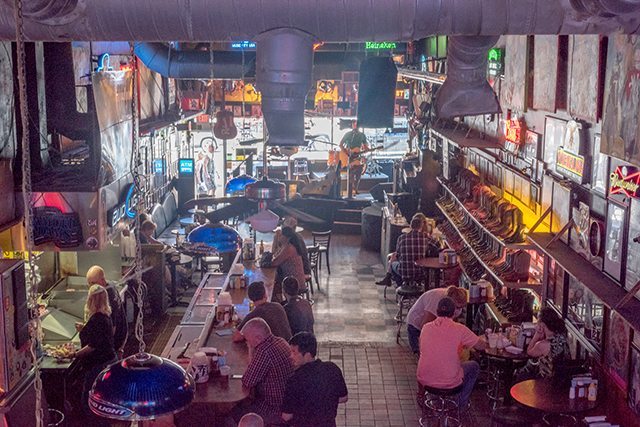 Nashville is famous for it’s Honky Tonk culture and, while lower Broadway is jam-packed with some stereotypical establishments, Robert’s Western World is the top choice for both locals and cool kid visitors alike. A magical blend of

A magical blend of live music venue and southern dive bar, head to Robert’s and order a shot of whiskey and a cheap beer to pair with a Fried Bologna Sandwich. Trust us. 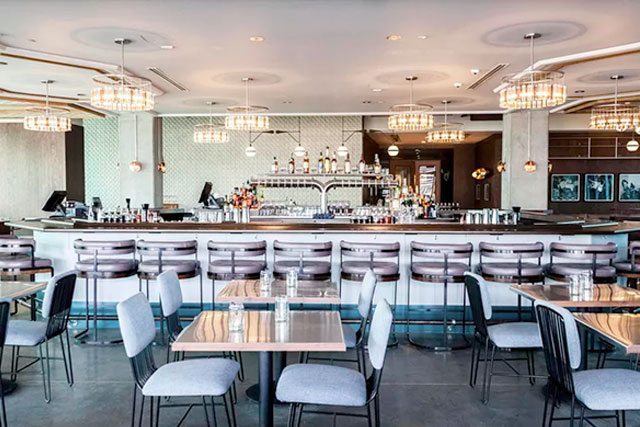 Nestled in the trendy Gulch neighborhood, Thompson Nashville is the perfect location to hit up the very best spots in town. Not only is the area convenient to some of the coolest bars, restaurants and shops, but it also has some really great hospitality of its own.

Head to LA Jackson, their rooftop bar, for first-class cocktails with a view or Marsh House on the lobby level to enjoy seafood by John Best. We suggest enjoying some of the 40 oz wine program implemented by GM and Wine Director Tim Rawding. 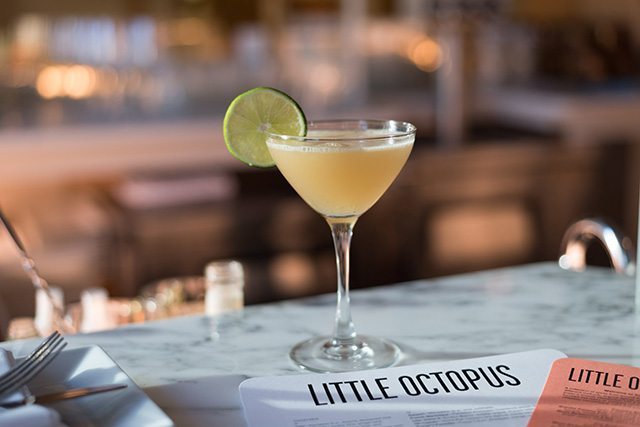 This gem of a restaurant and bar is a breath of fresh rum-infused air in whiskey country. Little Octopus’ decor feels like you entered inside a pearl seashell complete with millennial pink Pantone and an epic octopus mural. The menu by Chef Daniel Herget focuses on seafood, the locals swear by their bangin’ burger.

The menu by Chef Daniel Herget focuses on seafood, the locals swear by their bangin’ burger. Pull up a seat at the bar and enjoy one of their rum cocktails and or an exotic flight from their well-curated rum sipping menu.

Pro-top: the Painkiller is a must and say hi to the incredibly rad owner, Sarah Gavigan, if she happens to be there. Tell her thirsty sent ya!

Guide Travel Where to Drink
Guide to Drinking in Nashville2017-07-192017-09-10https://thirstymag.com/wp-content/uploads/2016/04/thirsty-nyc-logo-1.pngthirsty.https://thirstymag.com/wp-content/uploads/2017/07/drinking-guide-to-nashville.jpg200px200px
About
Tara Fougner
Co-Founder of thirsty, Tara Fougner has over over 15 years of industry experience and a passion for the global beverage community. One might think that Tara was destined for beverage media as her great-grandfather, G. Selmer Fougner, is credited by David Wondrich as being "America's First Drinks Writer." A lifelong New Yorker, you can usually find her hunkered down on some barstool around the world chatting up the bar crew about their beverage program and endlessly taking pictures of drinks for the 'gram. In 2020, Tara was honored by Drinks International on their 'Top 100 Most Influential In the World' List. 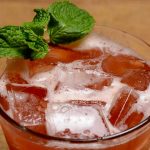 Survive the LA Heat Wave With these 5 Refreshing CocktailsFeatures 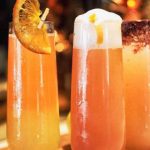