While we certainly don’t like getting caught in the rain, but we really, really like Piña Coladas!  The secret illuminati of holiday date assigning powers that be decided that today, July 10th, is the official National Piña Colada Day  Honestly, who are we to question?  Celebrate #ThirstyThursday with National Piña Colada day, today!

My dear friend, John Eason (COO of Serralles USA – so  you know he had to name drop some Don Q) to send a special holiday message from him to you … here goes:

“Happy National Pina Colada Day from New Orleans! This iconic cocktail was created by Ramon “Monchito” Marrero in San Juan, Puerto Rico at the El Caribe Hilton. We are proud that he chose the national product of Puerto Rico, Don Q Rum, to make the original drink. Say what you want about the song but you know it’s impossible to ever turn down a well-made Pina Colada! Mine is going to have a float of Don Q Anejo on it. I’ll take a half day to celebrate!” – John Eason (Serralles USA, Chief Operating Officer)

Here are some yummy Piña Colada recipes that you can DIY to celebrate this tropically delicious pineapple & coconut cream cocktail.

Pages: 1 2 3 4 5
Don Q Rum national pina colada day pina colada pina colada day Rum Serralles
Happy National Piña Colada Day … It’s Today July 10th2014-07-102016-08-23https://thirstymag.com/wp-content/uploads/2016/04/thirsty-nyc-logo-1.pngthirsty.https://thirstymag.com/wp-content/uploads/2014/07/national-pina-colada-day-thirsty-thursday.jpg200px200px
About
Tara Fougner
Co-Founder of thirsty, Tara Fougner has over over 15 years of industry experience and a passion for the global beverage community. One might think that Tara was destined for beverage media as her great-grandfather, G. Selmer Fougner, is credited by David Wondrich as being "America's First Drinks Writer." A lifelong New Yorker, you can usually find her hunkered down on some barstool around the world chatting up the bar crew about their beverage program and endlessly taking pictures of drinks for the 'gram. In 2020, Tara was honored by Drinks International on their 'Top 100 Most Influential In the World' List. 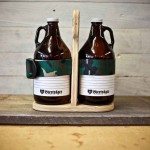 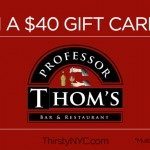