For the last few years, Hudson Yards has been home to New York City’s largest redevelopment program with the neighborhood undergoing a seismic change in tone. Today, it’s home to the tallest sky deck in the Western Hemisphere, the shiny new landmark “The Vessel, and prestigious luxury shops galore. Combined – these factors have made Hudson Yards a new hub for the city, with tourists, shoppers, and office-workers mingling throughout.

So where to drink?

If you’re exploring Hudson Yards, the first stop will have to be ANA Wine & Spirits – conveniently set on the first floor of The Shops at the corner entrance of 10th and 33rd. The goal of ANA Wine & Spirits is simple: A neighborhood wine shop offering the best the globe has to offer. The space is the latest creation by Anna Castellani, the creative mind behind Brooklyn’s Dekalb Market Hall (the largest food hall in the borough and the Hugh Food Hall in Midtown Manhattan. 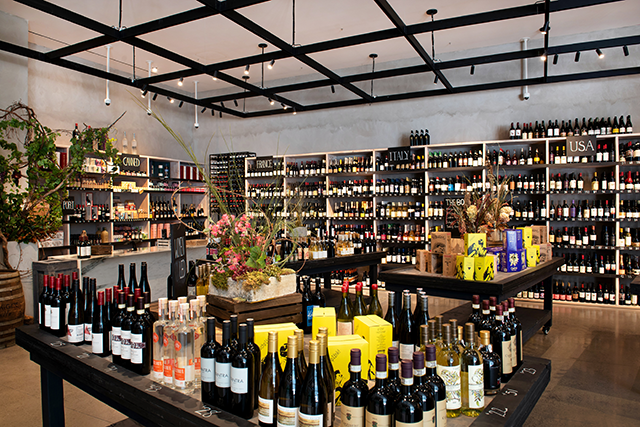 With a heavy focus on wine cultures from across the globe, the 3,000 square feet of space places a strong emphasis on natural wines, biodynamic wines, and the sourcing champagne and wine vintages from across the world.

ANA Wine & Spirits General Manager and Sommelier David Smith sheds some light on what ANA brings to the neighborhood, and why it’s focus on champagnes is so attractive. “We have access to producers that other retailers don’t have; family-owned wineries that only sell 200 cases worldwide – that’s just 100 bottles of any particular vintage.” This must-tires such as the boutique Champagne Thienot near Reims or the historic Champagne Lanson – and it also means that with such range there’s a price point for everyone.

In addition to its store, ANA offers a tasting room and gallery-like space that can handle corporate events of most sizes, lending itself to the clientele of the Hudson Yards area. 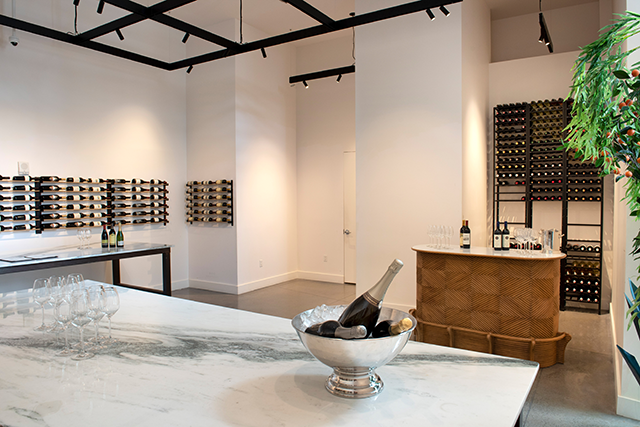 To further complement its wine offerings, ANA also hosts a Bar & Eatery on the second floor of The Shops. The area functions as “the living room” of Hudson Yards, says Castellani, “providing upscale, top-quality food at a reasonable price.” The ANA Bar & Eatery is envisioned as an all-day breakfast/lunch/dinner and drinks spot, with a casual yet chic ambience and price points that will appeal to the neighborhood. Recently the space has expanded its culinary offerings with the debut of its new Dobel Tacos and Tequila Bar. Set overlooking the High Line, the taco bar is open on Tuesday and Wednesday evenings, perfect for a midweek break in Hudson Yards hustle and bustle. Tacos and first-rate margaritas at a $10 price point bring in a steady flow of regulars, and set against a backdrop of live, Latin music, it’s the perfect Taco Tuesday hotspot in the neighborhood.

Rounding out the spaces offerings is the soon to be opened beer hall operated in partnership with New York’s hometown Bronx Brewery. The space will serve the ever-growing Happy Hour crowd and provide one of the more engaging weekend spaces The Shops has to offer.

While Hudson Yards may be known for its tourist offerings and concentration of office workers – it’s drink scene isn’t lagging behind anymore thanks to ANA’s Bar & Eatery and Wine & Spirits combo.

Head to ANA at NYC’s Hudson Yards for Wines From Around the World2022-09-142022-09-15https://thirstymag.com/wp-content/uploads/2016/04/thirsty-nyc-logo-1.pngthirsty.https://thirstymag.com/wp-content/uploads/2022/09/wine-spirits-4-feature.png200px200px
About
Spencer Lambert
Spencer loves IPA’s and corny 80s action movies, enjoyed at the same time if he can help it. He thinks of himself as a student of high-quality drinks and an expert on cheap ones. You can find him traversing New York City in search of the perfect beer+burger combo, a search that he hopes will last a lifetime.

DRINK THIS NOW: NAMI COCKTAIL AT KA SUSHI IN HOUSTONDrink This Now, Features