Cocktails and music join forces in Nolita. In the former Bacchanal space, Esther & Carol combines dining, drinking and dancing all under one roof. 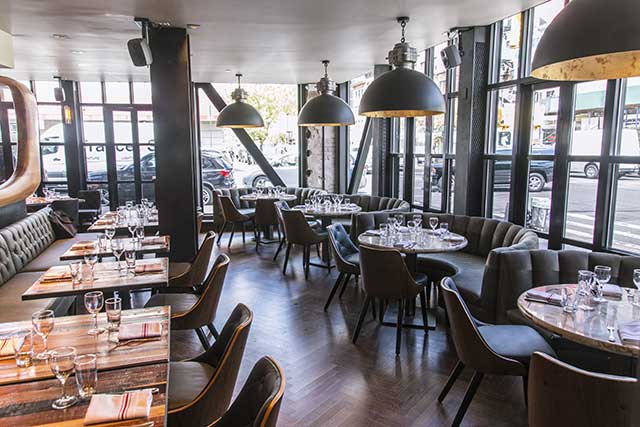 Start with a non-traditional Caesar Salad – a mix of red and green baby romaine and baby kale, topped with crispy artichokes (instead of garlicky croutons), white anchovies, sharp parmesan region and of course, Caesar dressing; And two Lobster Crab Cakes chilling in preserved lemon aioli. Make Buttermilk Fried Chicken the main – An organic, golden bird fried in expeller pressed sunflower oil and drizzled in jalapeño Aleppo syrup, paired with bourbon watermelon salad and gluten-free mac ‘n cheese (available as a side, too). As for dessert: anything. Think of it all as “feel good” comfort food, and thank Executive Chef Eric Lapkin for providing it.

PS: A take-out window for burgers and shakes is slated to open this summer. Make a pit stop here.

Meet Topher Taylor, head bartender and “cocktail curator” at Esther & Carol. Hailing from an organic craft distillery based out of Los Angeles, Taylor believes there should be a health factor in cocktails. Instead of sugary syrups, he utilizes non-glycemic fruits like pineapple and grapefruit for natural sweetness, in addition to, fresh herbs like Asian ginseng and matcha to help you avoid sudden drops in energy (leaving you to crave sugary, nutrient-poor foods).

Snag a stool in the “wooden cave with windows” and sip to the beat of kaleidoscopic music. Watch babe-tenders, Vendrix and Mariya follow Taylor’s lead in concocting the following ‘tails: 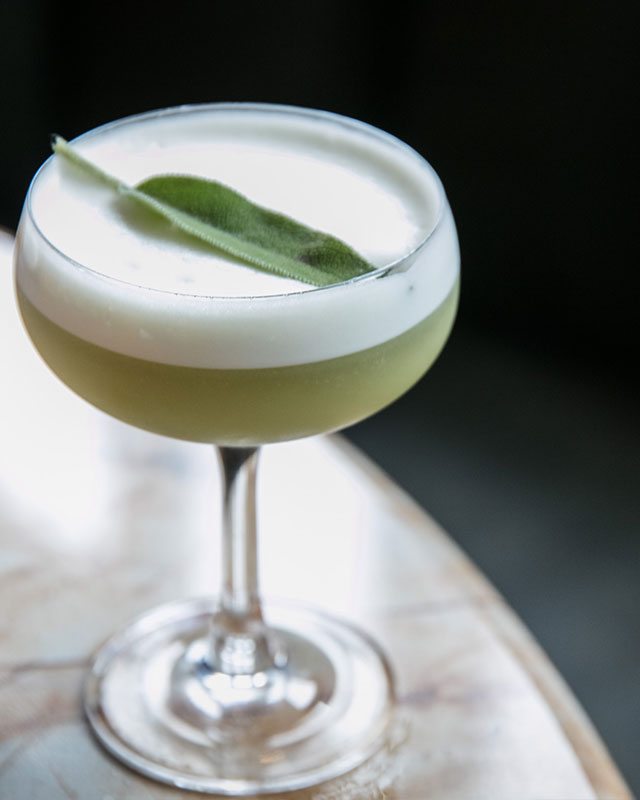 “Made in the back [kitchen], aquafaba is basically cooked chickpeas and beans which creates a thick liquid for foams,” Taylor explains. “Anything leftover is handed to the chef for use.”

Sage Against the Machine 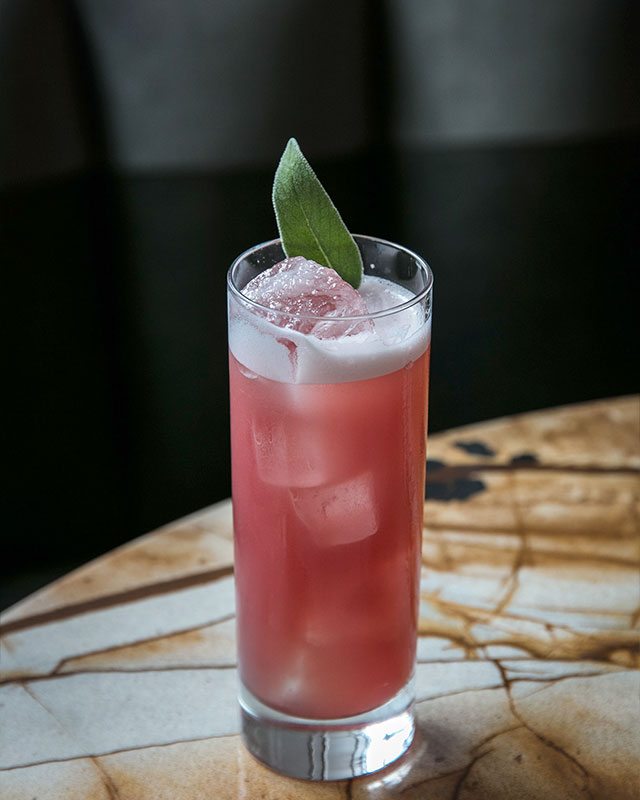 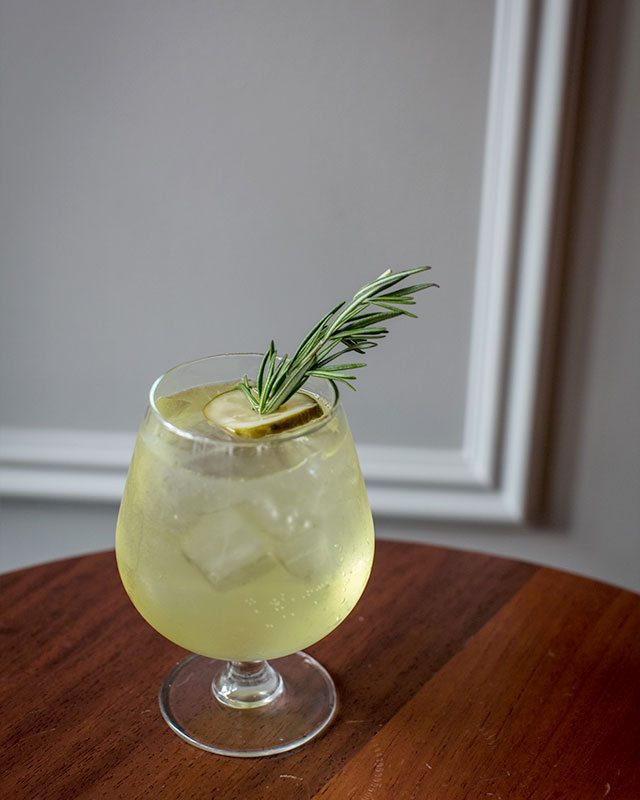 “We try to layer is as much as we can,” says Taylor. 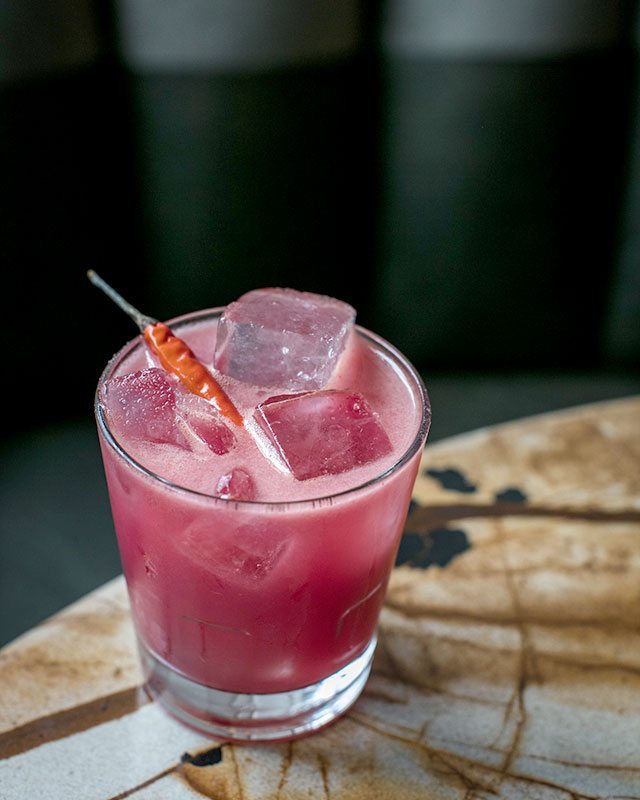 Warning: where there’s smoke, there’s fire – expect a burn at the back of your throat. 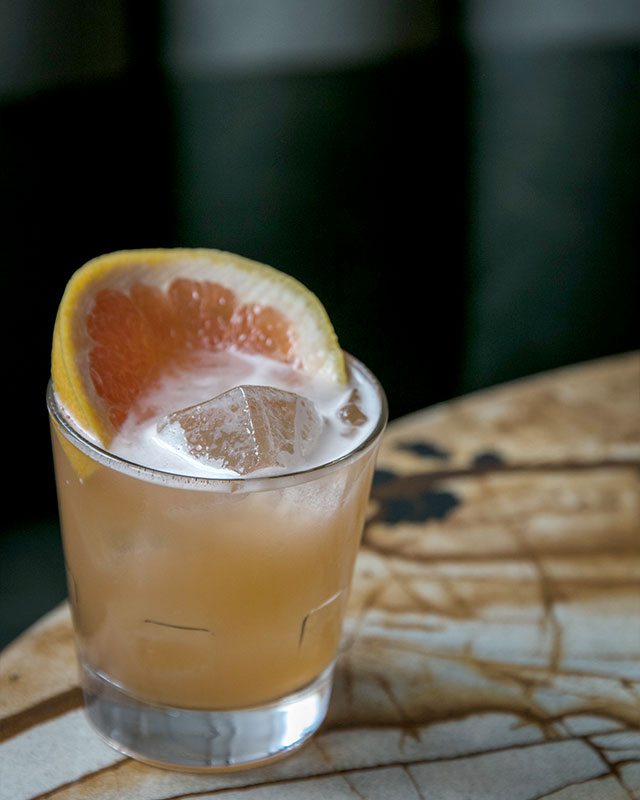 “This one is well-layered like a symphony,” Taylor confirms. A combination of Novo Fogo barrel-aged cachaca, Grand Poppy amaro liqueur, ginseng, lemon, raw honey and maca – a Peruvian herb that promotes sexual function of both men and women. #FunFact 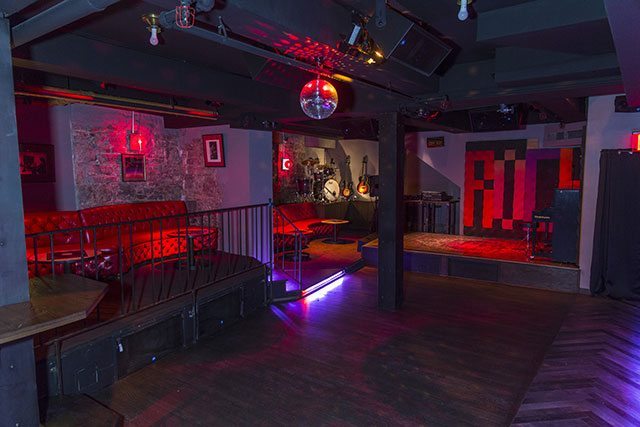 Descend a graffitied stairwell into a rock ‘n’ roll recording studio. E&C Studio, an art-deco lounge and performance space features a fully-stocked bar to the left, red tufted-leather banquettes aligning the perimeter, leading into a small performance stage – equipped with state-of-the-art studio recording facilities – to the right. As always, there’s a glowing disco ball centered on the dance floor. See neon illustrations of Bob Marley and Notorious B.I.G, and find Gibson instruments including the Les Paul Guitar and SG Guitar on stage. Visit pre- or post-meal – You’ll be impressed.

“We want to build a community of people, build a space downstairs that is for everyone,” stated King and Lochin when describing E&C Studio.

Healthful Cocktails and Recording Sessions at Esther & Carol2017-07-182017-07-18https://thirstymag.com/wp-content/uploads/2016/04/thirsty-nyc-logo-1.pngthirsty.https://thirstymag.com/wp-content/uploads/2017/07/esther-and-carol-drink-dance.jpg200px200px
About
Alana Tielmann
A FIT alum, Alana is a fashion professional with great "taste." Not only does she know what is trending in fashion, she is up to date on the latest restaurants, bars and lounges in the New York City area. You can find her roaming the city streets (via Google Maps) in search of new dining spots while sporting an overcoat and Pumas. Follow to see what is trending - @alanatielmann 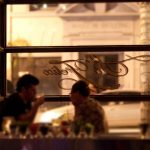 St. Felix Is All About Laid-Back Cool – and Killer CocktailsBarstool Review 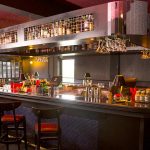 What to Drink Now at The Anderson MiamiBarstool Review