Atlanta has had its fair share of “speakeasy” style cocktail bars where exclusivity is the name of the game in discovering imbibing experiences only accessible through knowing insider details. Secret phone numbers? Intricate reservation processes? Disguised doors to gain access? It’s all part of the mystique, and when Japanese cocktail lounge, Himitsu, debuted in 2016, the bar both literally and figuratively was raised in ATL’s sipping scene.

Himitsu, meaning “secret” in Japanese, truly lives its namesake. It is Atlanta’s best kept secret and a playground to the likes of celebrities, music artists, and tastemakers looking to begin or end an evening on a high note with meticulously-prepared cocktails envisioned by its world-renowned mixologist and Creative Director, Shingo Gokan (Speak Low, Sober Company, and forthcoming SG Club). 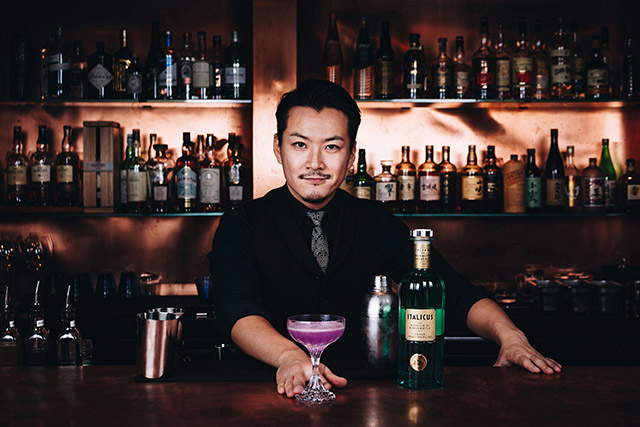 The reservations-only lounge in Atlanta’s bustling and affluent Buckhead neighborhood is the sister concept to sushi hotspot, Umi, and prides itself on creating a signature cocktail experience with each visit. So much so that Gokan has just introduced his latest menu iteration featuring 12 new bespoke cocktails inspired by the Japanese zodiac and employing time-honored techniques with modern moxie using mortar and pestle, clay pots, leather bags, and more.

For those unfamiliar with Junishi, it’s the Japanese equivalent to Western astrology’s zodiac and uses animals to denote the sign by birth year. “I wanted to do something interesting; I wanted to make a creative drink menu with a Japanese element. And no matter who you are, everyone has a zodiac sign, so there’s something for everyone,” says Gokan.

“The animals of the Junishi are known for their personalities and defining characteristics, so the cocktails follow suit,” says Gokan. “For example, the Ne (Mouse) brings to mind cheese, so this cocktail is a Pisco Sour flavored with a hint of Parmigiano Reggiano cheese. The Tora (Tiger) is a bourbon old fashioned flavored with butter and orange.” Other incarnations showcased on the menu include Inu (Dog), a Salty Dog with fig leaf; Saru (Monkey), a rum Old Fashioned with hints of banana; and Uma (Horse), a Moscow Mule imbued with the essence of Earl Grey tea. 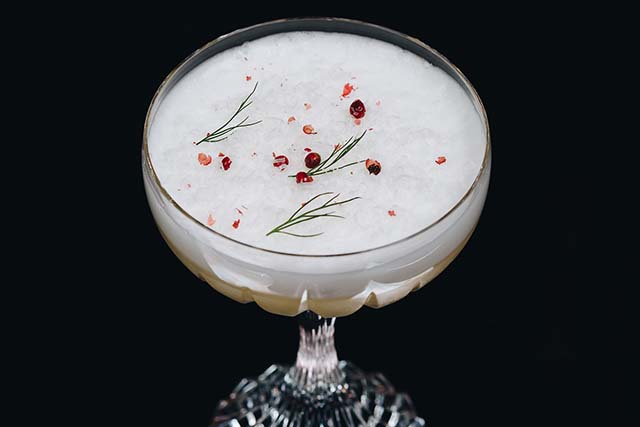 A cheeky play on a Pisco Sour, the year of the mouse (Ne) goes the cheesy route with a dusting of Parmigiano-Reggiano and pink peppercorns. 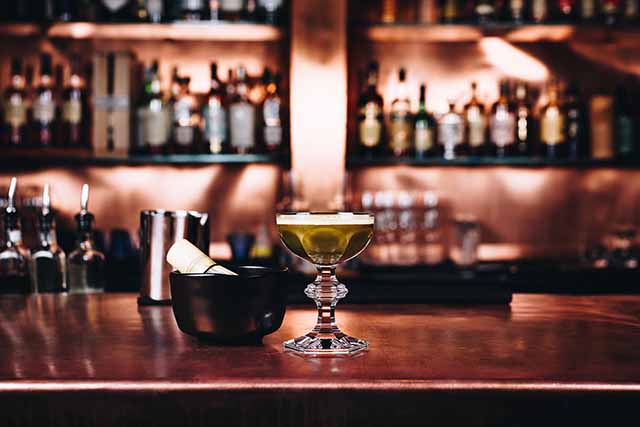 Unleash the year of the dragon (Tatsu) in the velvety-rich, matcha-infused espresso martini. 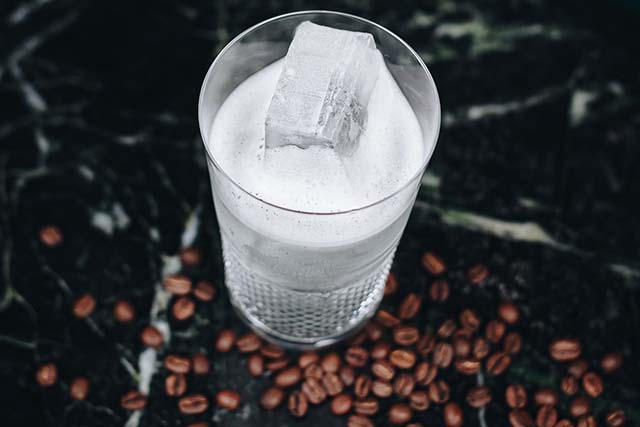 This camouflaged cocktail is a wolf in sheep’s clothing. For the year of the sheep (Hitsuji), Gokan drew inspiration from over 50 years when savvy bartenders created cocktails for American soldiers while stationed in Japan who wanted a drink while on duty. Hiding underneath of layer of coffee-infused foam is a Gin Fizz. 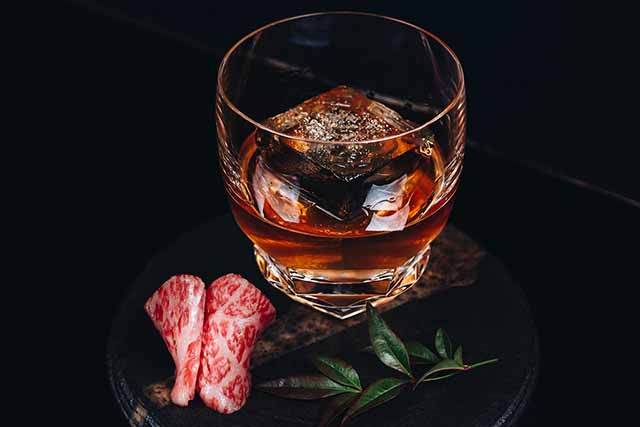 While not on the Japanese zodiac menu, this Old Fashioned was too good not to feature and has found a home on the regular menu. The classic cocktail has been fat-washed with the essence of A5 grade wagyu and topped with cracked pepper making for quite the savory sipper. 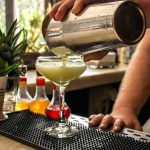 The Asian-Inspired Cocktails to Drink at KYU MiamiBarstool Review 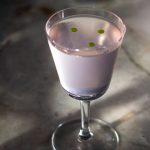